In Silicon Valley, trends come and go, and with them go the investors and entrepreneurs. That common wisdom is borne out by most investment categories: social networks, e commerce and cleantech, to name a few. But not work collaboration startups.

Collaboration remains a successful area for investment because it presents significant opportunities for businesses who must relentlessly seek new efficiencies to remain competitive. Though this is an increasingly crowded field, the best products are those that simplify, streamline, and speed up existing work processes – freeing up bandwidth for higher-value work.

The never-ending quest for efficiency

“Perhaps there are forty, fifty, or a hundred ways of doing each act in each trade,” wrote Frederick Winslow Taylor more than a century ago, “but there is always one method and one implement which is quicker and better than any of the rest.” The same is true today, although these days, there seems to be a thousand ways to complete any given task. Email proved to be better than faxes or memos at sharing information quickly and efficiently; later, more software appeared for related uses, such as Skype and Basecamp. In the third generation of such tools, Slack replaced some features of email and Skype by combining elements of both: chat with archiving, notification, and search capabilities.

The next frontier is work management: a broadening of the category into new functionality that enables not just real-time communication, but real-time collaboration and visibility. The goal is to eliminate silos between work groups – both internal and external – and provide clear accountability for tasks throughout a process or project. The best-in-class in this industry are products that are intuitive to use, and enable business users to benefit from them without the need to write code or seek help from IT to implement.

Now, some companies are leapfrogging even further ahead to layer on powerful automation that shaves hours off the average worker’s work week by eliminating repetitive, manual tasks. Smartsheet, for instance, has recently released automation features that workers can configure themselves, with things like reminders and requests for updates and approvals triggered automatically. The potential upside of this functionality can be significant; in a recent survey commissioned by Smartsheet, more than 40 percent of respondents estimated they spend at least a quarter of their work week on repetitive tasks. By reducing the load of emails and “status update” meetings, businesses may not only recoup valuable worker hours, they may see an improvement in worker satisfaction, too.

Collaboration companies keep getting unicorn-scale valuations because their innovations answer the growing need for work efficiency. In an economy where companies run on single-digit margins, the quest for “quicker and better” is nearly infinite.

There’s a whole universe of ways that startups can help enterprises improve work processes and speed execution. The recent funding of Smartsheet, Slack, and Symphony is a harbinger of what’s next. For as long as knowledge work continues evolving, work management will remain the tech trend that never dies. 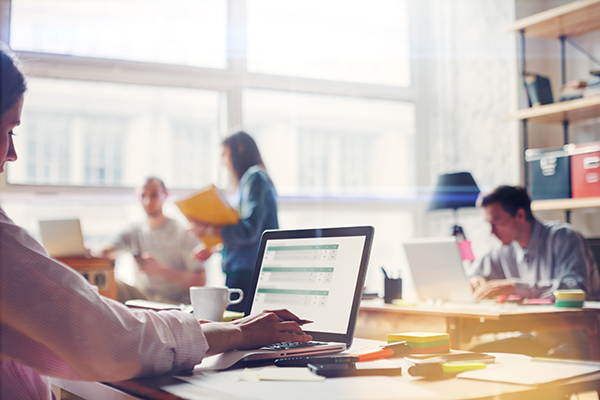