2020 has been a strong year for Taiwan’s IT sector. Global demand for tech hardware has surged (partly) due to COVID-19 and the contactless economy. Looking to the future, Taiwan wants to expand it’s resume by cultivating a world-class AI ecosystem.

That’s where the AI NEXT program comes in — a series of online events designed to help all kinds of businesses, people in tech, and investors enter the global AI ecosystem and connect with Taiwanese AI companies.

This first online forum hosted by the AI NEXT program, 2020 AI NOW Online Tech Forum EP1: AI in the Contactless Economy features talks from 6 directors and CEOs about their AI innovations in manufacturing, retail, and mobility.

In between each section of the talks, the director of IDB Information Technology Industries Division, Jiunn-Shiow Lin introduces Taiwan’s view on AI and the IDB’s plan to bolster innovation moving forward. 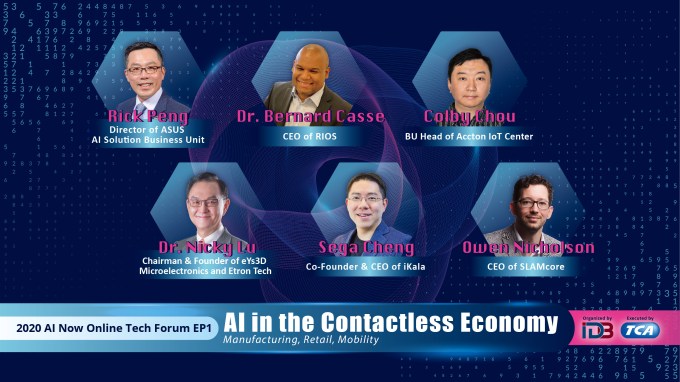 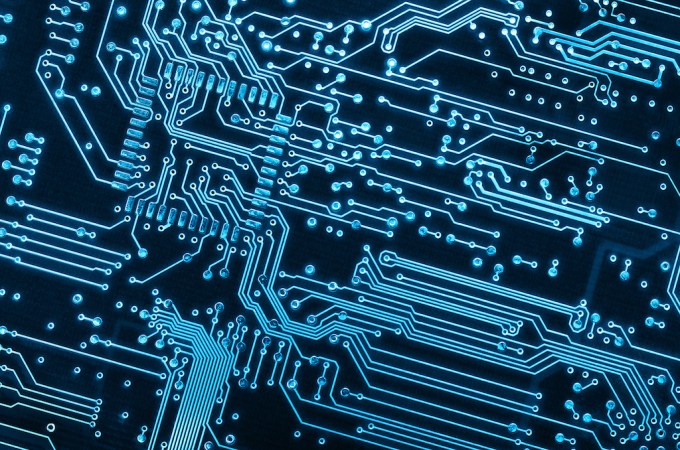 Over the past 5 years, Rick Peng has been devoted to helping his clients navigate their companies’ digital transformations, converging IT and OT in various domains, such as manufacturing, energy, transportation, and infrastructure. He has accumulated over 20 years of global experience in industrial automation and communication fields. In his talk on smart manufacturing and digital transformation, he introduces the new AIoT solution from ASUS that promises major improvements in smart manufacturing. He claims that ASUS computer vision technology can increase the accuracy of assembly line inspection by 5% compared to human inspection, and it’s already working in the ASUS supply chain where it inspects computer hardware such as PCB, EMS, fans, and thermal modules. 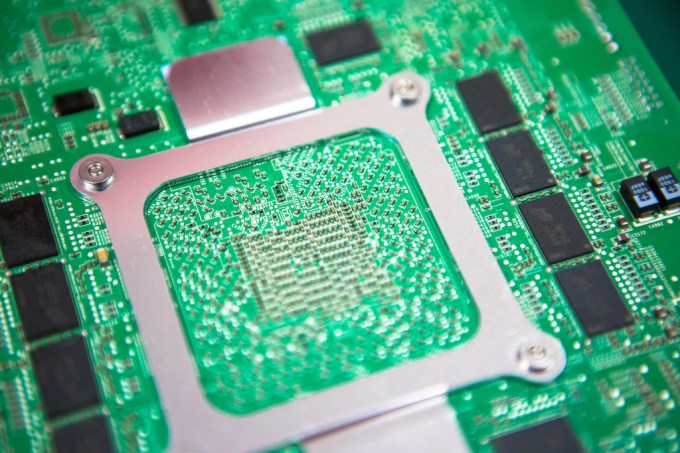 Responsible for Accton’s IoT business development and go-to-market strategy, Colby Chou has a lead role in defining the company’s IoT roadmap. During his time at Accton, he has launched various IoT and cloud-based solutions for industry 4.0, healthcare, and smart city. He introduces Accton’s automatic optical inspection technology that utilizes machine learning, along with a big data analytics platform, to reduce human workload and improve the inspection accuracy of PCB assembly defects. In an inspection process, producing 60 thousand images of printed circuit boards per day, he estimates that AOI can reduce human workload by approximately 38%. This AOI solution is part of a wider smart factory service called Pallas, which applies standard operating processes to improve efficiency across entire manufacturing operations. 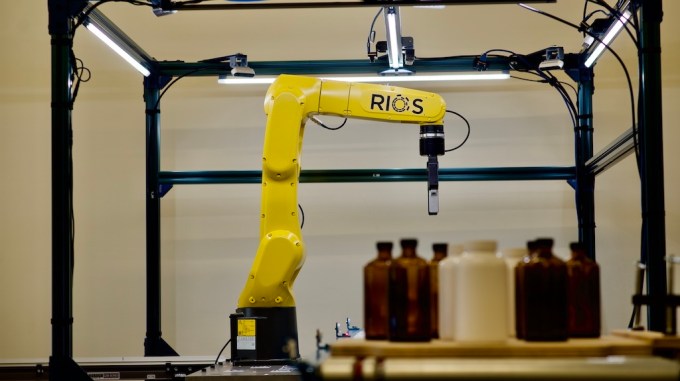 Holding a PhD in Physics from the National University of Singapore, Dr. Bernard Casse was a postdoc at Northeastern University, and worked on nanophotonics at Harvard’s CNS as well as Brookhaven National Lab’s CFN. He founded RIOS in 2018 after long stints at Xerox PARC where he co-founded Metawave, and at Physical Sciences Inc. where he led defense programs. His talk focuses on dextrous robotics, as opposed to old-fashioned robotics that are used for executing repetitive tasks. Dextrous robotics have improved flexibility and precision for taking on delicate tasks that require artificial intelligence in order to perform. His team of full stack developers build software, algorithms, and hardware — plus they lay claim to a world’s first, having achieved haptic intelligence in robotics. 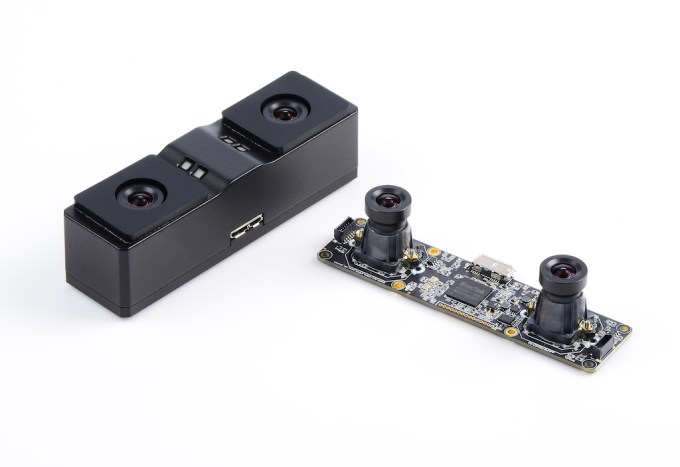 A true pioneer of the IC design and semiconductor industry, Dr. Nicky Lu led 8-inch wafer and DRAM/SRAM/LOGIC technology developments for Taiwan’s semiconductor industry back in the early ‘90s. He co-invented a 3D-DRAM technology known as the Substrate-Plate Trench-Capacitor (SPT) cell, along with its associated array architecture, which has been widely used in 4Mb to 1Gb DRAMs and embedded DRAMs for many years. He begins by talking about AI-on-chip and segues into some of its applications related to autonomous guided vehicles, cashier-less shopping, and mixed reality. His key point is that all tech innovations, from realtime streaming to wearable tech and smart cities, are enabled by semiconductor chips such as the DRAMs that his company Etron produces, and which he claims are the world’s smallest. 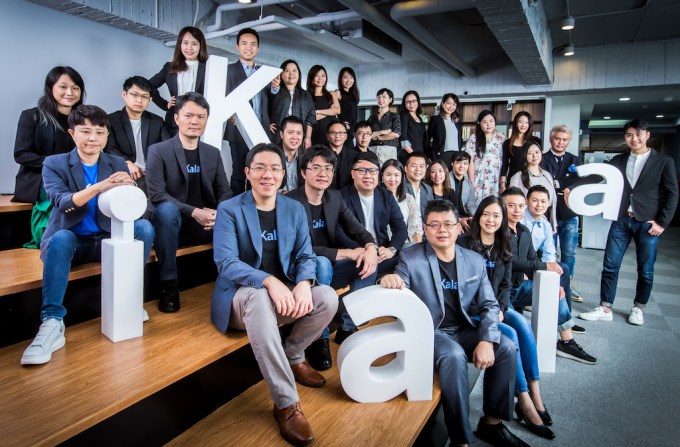 While working as a software engineer at Google, Sega Cheng used machine learning to develop Android multimedia framework, Google Maps, and Mandarin Chinese language functions on Google Search. What’s more, he was the very first speaker from Taiwan to appear at the Google I/O Developer Conference in Silicon Valley. During his talk, he explains how retail and marketing companies benefit from KOL Radar and Shoplus, which are just 2 of the AI- and data-driven services that iKala offers. He also mentions some of the companies that iKala partners with, which include YouTube, Facebook, TikTok, and other prominent media companies all across Southeast Asia. His team at iKala is currently made up of more than 120 people from Stanford University, Google, and Microsoft. 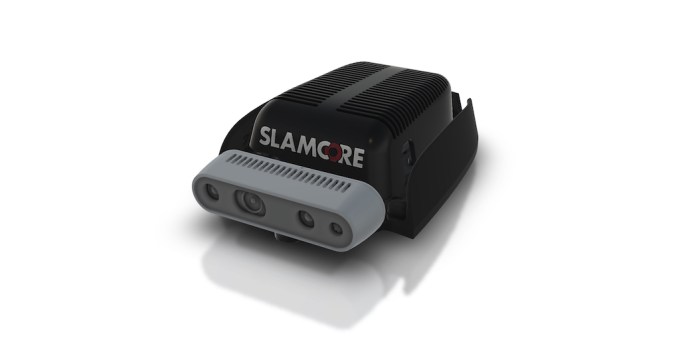 Owen Nicholson began his career at Dyson, where he went on to collaborate with some of the world’s leading researchers in the robotic vision field at Dyson Robotics Lab. He co-founded SLAMcore in 2016 and has since led the company through three funding rounds, securing investment from the likes of Toyota AI Ventures as well as other top investors from the UK and US. At the beginning of his talk, he states his mission to democratize spatial AI technology for drones, robots, and all kinds of machines with spatial awareness, and later he talks us through the way a robot thinks and navigates using the kinds of algorithms his company designs. He believes that the impacts of COVID-19 could have been significantly reduced if robots were more widespread in today’s society, and he envisions that robots will bring even more benefits to the future of sustainable agriculture and renewable energy.

Jiunn-Shiow Lin appears during intervals throughout the forum, introducing Taiwan’s view on AI and the IDB’s plan to bolster innovation moving forward. He touches upon the newly announced “Emerging Industries R&D Program” that prioritizes overseas investment in semiconductors, next generation communications such as 5G, and AI technologies. At the very end of the forum, he sits down with the forum host to discuss the “AI buzz” that’s building up in Taiwan thanks to AI implementations in everyday life, at coffee shops, fashion retail stores, and care homes for the elderly. He also mentions that the IDB is encouraging international tech giants, such as Amazon and Silicon Valley accelerator SparkLabs, to find partners in Taiwan and help more Taiwanese AI companies succeed in the global marketplace.

Remember to subscribe to the Tech NEXT YouTube channel and look out for more online events from the AI NEXT program, including 2020 AI NOW Online Tech Forum EP2, which will premiere soon in the coming months. Also, make sure to sign up for the AI Tech Business Matchmaking Platform where all kinds of businesses, people in tech, investors, and AI companies can connect.