“STEM” is often a misunderstood term. Some might assume it’s complicated, unapproachable, or only for people in white lab coats inside a research facility. But STEM—which stands for Science, Technology, Engineering, and Math—is actually an education pathway that was first recognized in the 1990s in hopes of improving specialization and job growth in these areas—and today, kids are among those leading the way in these innovative fields.

With the tech boom of the 1990s and 2000s, there was a call-to-action to increase the investment in education to better equip kids to be more proficient in STEM. What was originally a segmented form of schooling became a comprehensive curriculum to help students connect what they learned in the classroom to real-world competencies and challenges.

Through mentorship and volunteerism, kids can learn from and build relationships in school, after school, and outside of school with educators and STEM professionals, who guide them through the process of innovation. Along the way, they also build holistic skills like leadership and communication that support pathways to success in STEM and other careers.

Every year, over 300,000 passionate participants from over 95 countries compete in FIRST® LEGO® League, one of the four FIRST programs. Participants are given a themed prompt that asks them to solve a real-world problem. Teams of students ages 9-16 develop innovative solutions to the problem at hand—and many dream up a wholly unique invention that has the potential to be patented and even brought to market. In recognition of these budding student inventors, the FIRST LEGO League Global Innovation Award was instated in 2011 to award a winning team $20,000 to further the progress of their invention and celebrate these young innovators.

This year’s theme, INTO ORBIT, prompted teams to develop solutions for the problems humans face during long-duration space exploration. Twenty Semi-Finalist teams from 31 countries were nominated to compete for the 2019 Global Innovation Award.

Choose the People’s Choice Winner! Support the continued growth and innovation of these young leaders by voting for your favorite here, and tune in to the live ceremony on July 2 starting at 5:30 PDT (Pre-Show interviews with teams begin at 4:30 PDT) to see who wins.

Here are 10 of the stellar kid-invented solutions up for the Award that focus on living sustainably in outer space:

With the infinite inconvenience of dirty laundry aboard a spacecraft, WEMIT is taking a different approach to clean clothes. WEMIT is a machine that unknits an astronaut’s specially-made garments, passes the whole thread through a cleaning solvent and then re-arranges the clean thread on a spool. This spool would be put into a 3D knitting machine that would replicate the original piece of clothing.

With a lack of fresh food in space, there are fewer nutrients in astronauts’ food. Growing Food in Space tackles this food concern using an organic, lightweight, compact material as the medium for live crops. The process uses drip irrigation and does not depend on sunlight for growing plants.

Because of the lack of gravity in space, astronauts can suffer from major, long-term vision impairments caused by intracranial pressure, known as Visual Impairment Intracranial Pressure Syndrome (VIIP).  Space Eyes fits closely over the eyes to prevent the float away drop effect in space, as well as the dripping problem on Earth. With a gentle tap of a button, an accurate dosage of medicine will reach astronauts’ eyes. 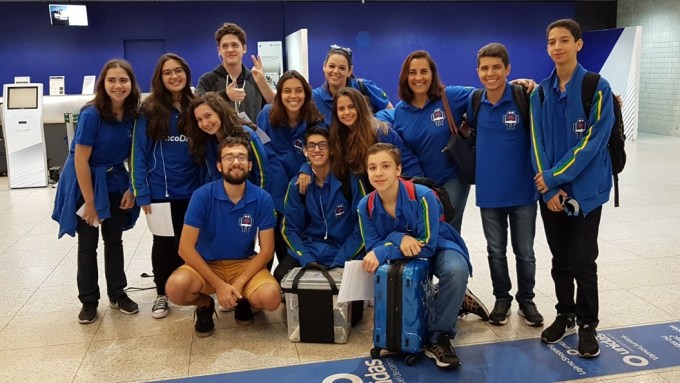 Although a woman’s menstrual cycle can go uninterrupted in space, there are not a lot of waste-disposal systems aboard a spacecraft that are set up to handle a female period. This results in female astronauts choosing to take contraceptives to skip their periods instead. CosmoCup creates a functional cleaning process that consists of a menstrual collector with a membrane on top, which would prevent the blood from dissipating. CosmoCup will make space more accessible to women. 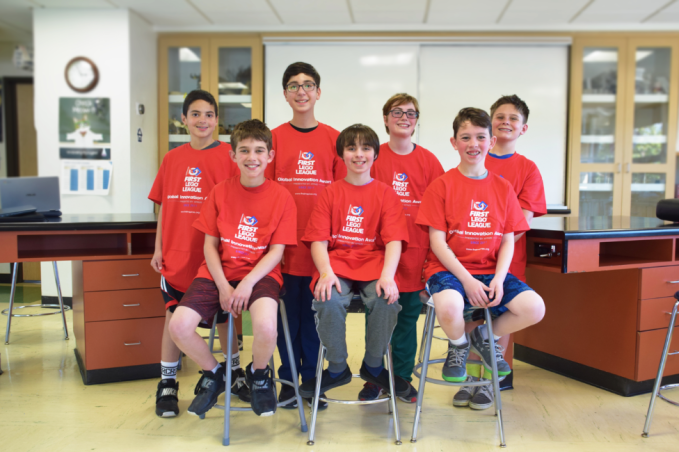 Traveling into space can throw off astronauts’ circadian rhythms because there is no earth-like sunrise or sunset. That means getting a good night’s sleep is very difficult, leading to a decline in one’s brain function (which is definitely a “no-no” when you’re managing a spaceship). Pinacal is a portable “hat” that produces light therapy to help signal consistent sleep patterns. To help naturally stimulate a proper balance of serotonin to melatonin, Pinacal will light up during the Astronauts’ work-day hours and then begin to dim when it’s time to go to bed. 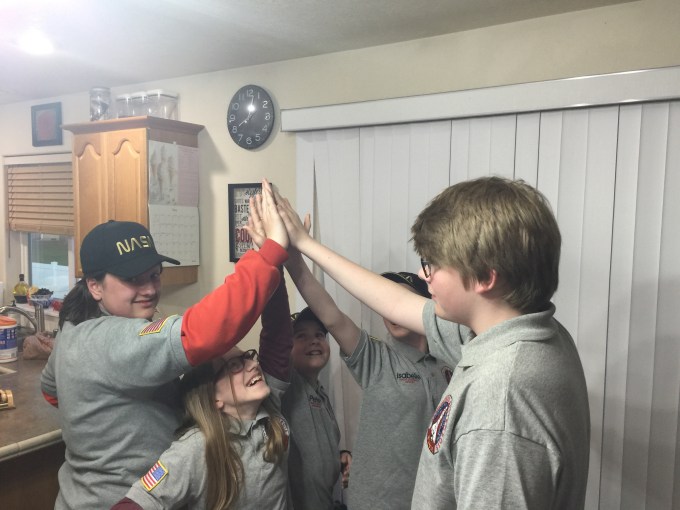 Every night while we sleep, we shed skin that we don’t even see. In space, however, one of the consequences of zero gravity is an excess molting of dry skin starting from the bottom of the feet. The Scroot Voot 2000 works to stabilize and exfoliate an astronaut’s foot; first removing one’s sock, followed by scrubbing brushes that work to brush off dead skin from the bottom of the foot. This contraption is attached to a vacuum to help clean up the dead skin, preventing it from entering the cabin. 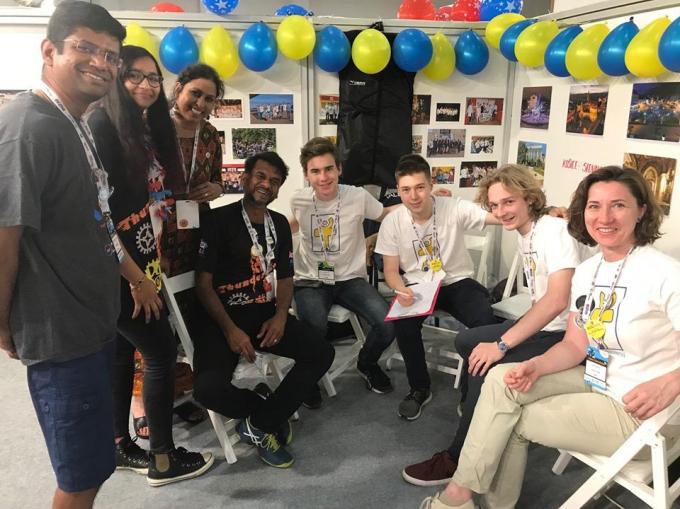 Imagine not having a washing machine for 250 miles! In space, keeping clothes clean is a challenge, as there are no amenities aboard spacecrafts to wash astronauts’ clothing. CUL – CLEAN YOUR LAUNDRY is a disinfection technology that relies on UVGI germicidal radiation to clean textiles and clothes for astronauts in space. 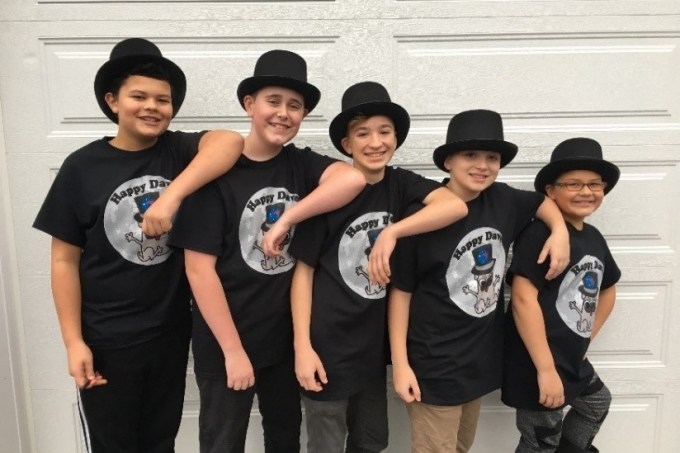 Astronauts’ bodies take a hit up in space, including loss of bone and muscle mass, compromised vision, poor absorption of nutrients, etc. Unable to get essential nutrients like Vitamin D and K (which are normally found in greens like broccoli and brussels sprouts), Astro Greens would provide vitamin-packed vegetable options in the form of microgreens. They would be fast-growing and harvested as needed. 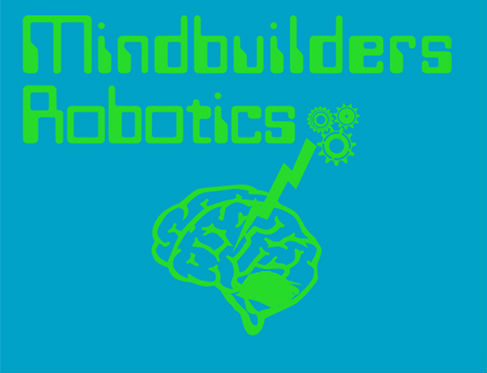 If you’ve been to a science museum or space camp of any kind, then you know that space food is typically freeze-fried or dehydrated, turning things like ice cream into a rock-solid powder. The Urilizer is a special fertilizer that utilizes human urine, purified water, nitrifying bacteria, and a potassium supplement to produce food, oxygen, and water. The Urilizer fertilizer will enable more diverse food growing options in space.

To preserve water, time, and cost, astronauts don’t really shower in space. Instead, they use rinseless shampoos and liquid soaps, wiping off any excess water with a towel. Quadship Space Shower utilizes vortex airflow to move water and air through a space shower with sustainability in mind. It also purifies and recycles water, enabling astronauts to enjoy a long, relaxing shower.

There is way more where that came from. Read more about  the exciting innovations from all 20 of the FIRST LEGO League Semi-Finalists competing for this year’s Global Innovation Award.

The Force is building for the upcoming season of FIRST! This 2019-2020 season, FIRST® RISE, powered by Star Wars: Force for Change, is setting out to inspire citizens of the galaxy to work together, strengthening and protecting the Force that binds us and creating a place where collaboration and collective wisdom can elevate new ideas and foster growth. Learn more: https://info.firstinspires.org/first-rise-2020.