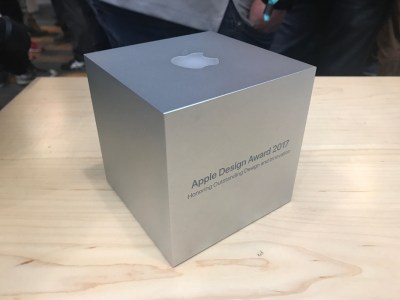 Each year since 1997, Apple has picked a handful of apps that it felt were amongst the best made on its platforms. The apps that best captured or represented the capabilities of a particular device (this year meaning an iPhone, iPad, Mac, Apple Watch or all of the above) — or the ones that were just too pretty to ignore.

These Apple Design Awards are usually handed out in a big ceremony at WWDC, but this year’s gatherings were a bit more intimate; winning designers got to meet and chat with top-level Apple execs, who handed them one of the light-up, machine-milled statues you see above.

Here are this year’s winners. (Tap that right arrow to view the list if you’re on desktop; if you’re on mobile, just scroll!)