Ford has started production of the F-150 Lightning pickup truck, a milestone for the automaker that will test whether the never-ending demand for F-Series trucks — the profitable cornerstone of its business — will extend to battery-electric vehicles.

Reservations for the all-electric pickup truck suggest Ford’s bet on an electric version of the F-150 — an investment that has exceeded $1 billion — will pan out. The automaker said it has 200,000 reservations for the F-150, which has prompted the company to double its planned annual production to 150,000 vehicles in 2023.

Ford CEO Jim Farley called the Ford F-150 Lightning a “Model T” moment, a nod to a disruptive and pivotal moment that revolutionized mass production, giving Americans unprecedented access to vehicles and even changed the physical landscape of the United States.

“The Model T changed the world not because it was beautiful or slick, but because it was ingenious. Our customers found ways of using the Model T for all sorts of things that no one predicted at the time like school buses and ambulances. Some enterprising folks took off the back to make the world’s first pickup trucks,” Farley wrote in a LinkedIn post Monday. “With the F-150 Lightning, I believe Ford is tapping into the same spirit of innovation that fueled the early models my grandfather worked on.”

His point is that like the Model T, the Lightning isn’t a niche novelty vehicle. Instead it will be accessible and useable just like the gas-powered versions it sells today. 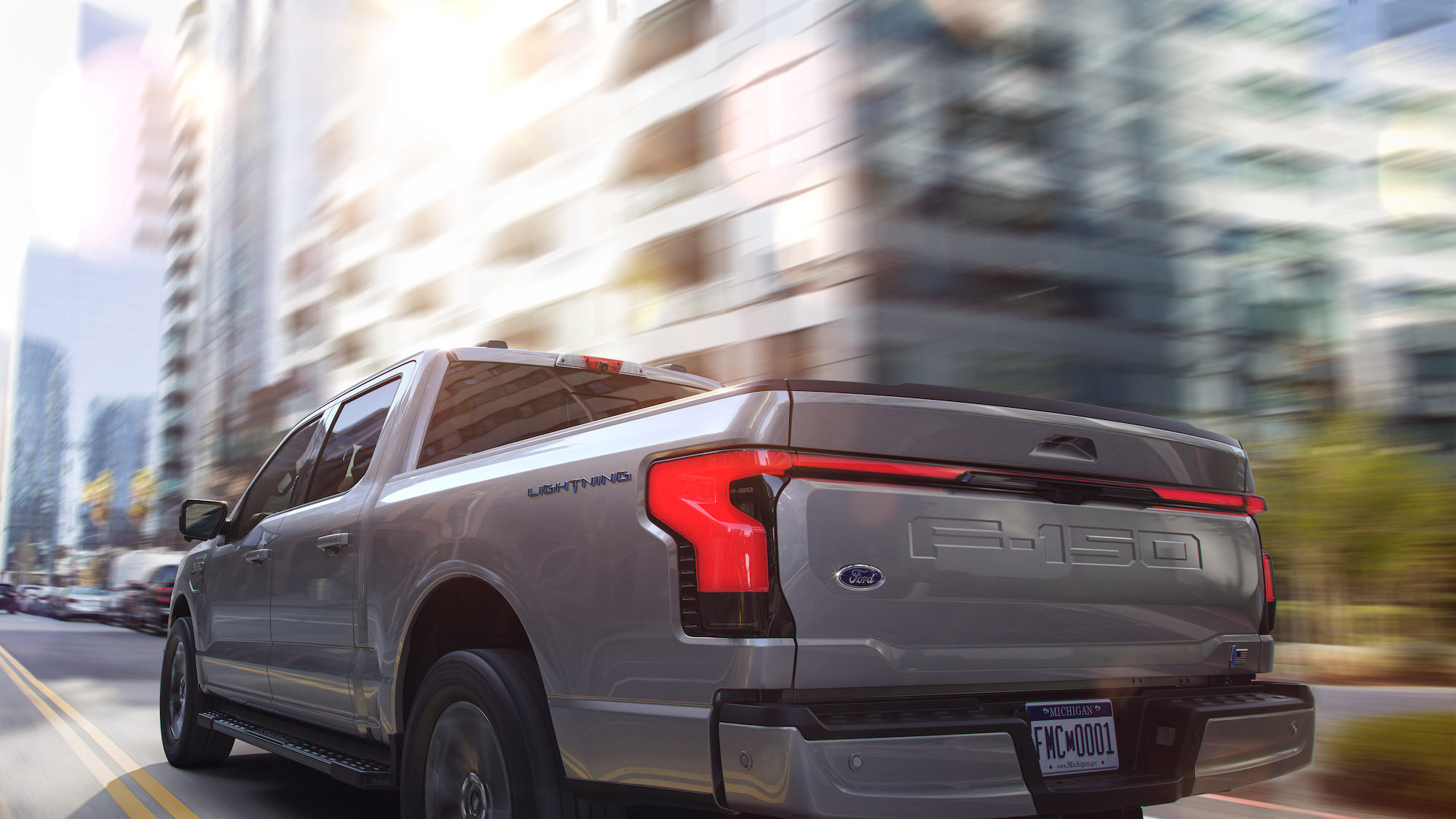 The F-150 Lightning is being assembled at the Rouge Electric Vehicle Center within Ford’s Rouge Complex in Dearborn, Michigan. Other Ford factories in Michigan are assembling the EV truck components, including the Van Dyke Electric Powertrain Center, where Lightning electric motors and electric transaxles are made, and Rawsonville Components Plant, where batteries are assembled.

Ford first unveiled the F-150 Lightning a year ago — one of three EV debuts following the introduction of the all-electric Mustang Mach-E and the E-Transit, a configurable all-electric cargo van focused on commercial customers. The F-150 along with its commercial E-Transit business and the Mach-E the three critical pieces to its $22 billion investment into electrification.

The F-150 Lightning might be its most challenging one yet. The F-Series has been the best-selling vehicle in North America for decades. Ford will have to convince existing F-Series customers as well as those new to the brand that an EV version of the F-150 will offer new levels of performance, torque and towing capability without straying too far from the truck they’re used to.

Ford will also go up against rival GM, which is introducing its own Silverado EV pickup truck, as well as newcomer Rivian. But for now, Ford stands alone in the full-size electric pickup category. The Silverado won’t go into production until early 2023 and the Rivian R1T truck, which is in production, is in a midsized and higher price category.