Sony dropped a quick reference to its upcoming virtual reality headset back at CES. That’s kind of what Sony does at the show most years — offer a bunch of nuggets about upcoming products without providing much in the way of details. And hey, if you’ve got something exciting up your sleeve, might as well tease it out a bit.

Today, the official PlayStation blog took the next step, revealing a bit more with the product. It’s one of those sorts of hardware reveals where a company talks about things like rounded corners, vents and how it was inspired to come to all these sorts of design decisions. The main thing, being, however, that we’re finally getting a good look at the thing.

Sony describes the design language as, in a word, “orb.” It’s an orb designed to match the orby design of the orbily design in VR2 Sense controller orbs. It’s orbs all the way down, folks. Makes sense. Round is a good shape to settle on for the human hand and heads. Sony adds: “The circular orb shape represents the 360-degree view that players feel when they enter the virtual reality world.” Orbastic.

Comfort’s really the key here, because you’re going to be wearing this thing for a long time. That includes new integrated vents and tweaks to the adjustment dials, adding more options for focal lengths. The system sports a new motor for tactile feedback and a slimmer profile, overall. The weight balance and adjustable headband should prove familiar to PSVR gen.-one users. Ditto for the headphone jack placement. 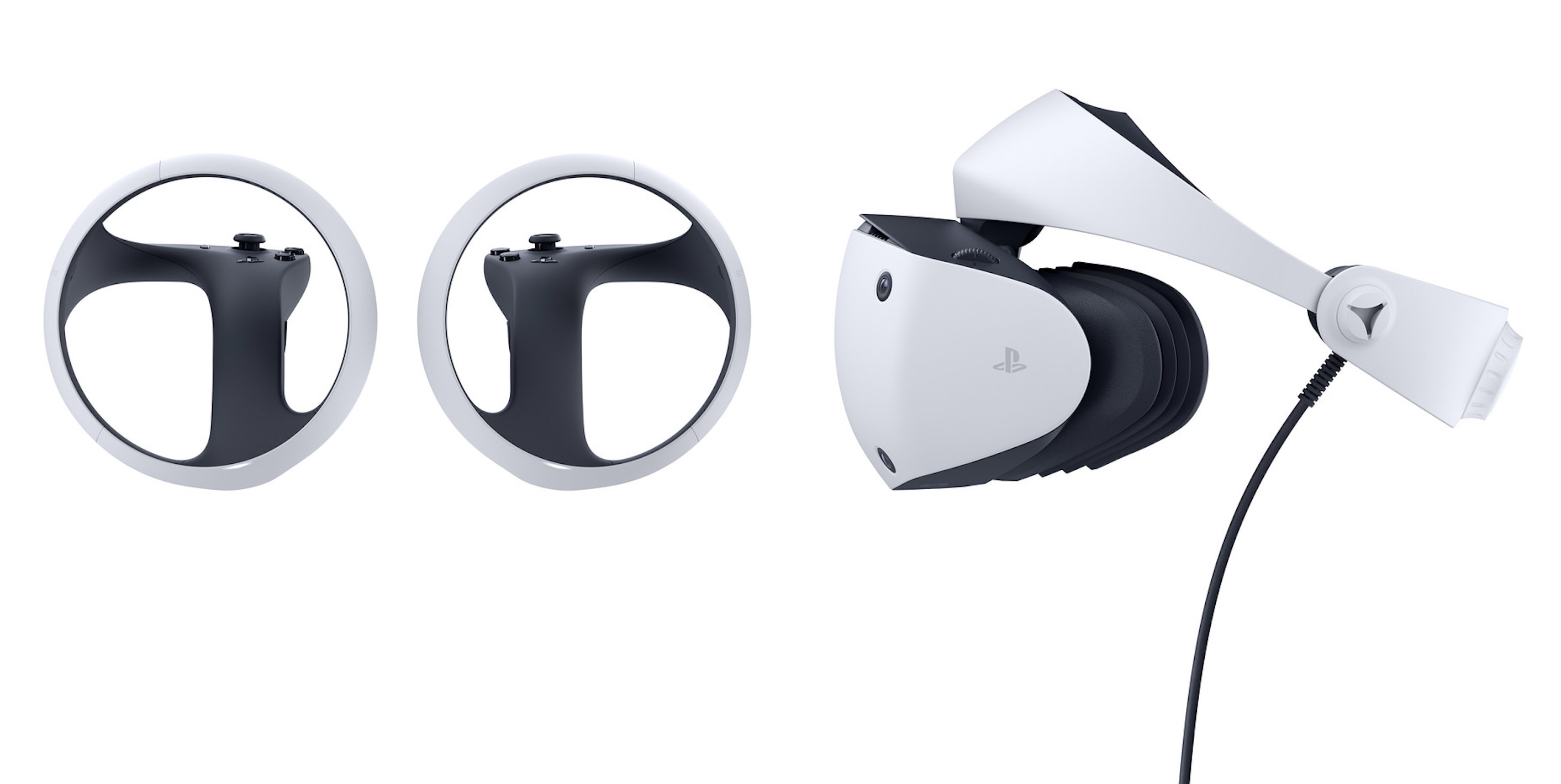 “When I started to work on the design for the PlayStation VR2 headset, one of the areas I wanted to focus on first was the idea of creating a vent in the headset to let air out, similar to the vents on the PS5 console that allows airflow,” says Sony designer Yujin Morisawa. “Our engineers came up with this idea as a good way to allow ventilation and avoid having the lens fog up while players are immersed in their VR games. I worked on many design concepts to achieve this, and in the final design, you can see there is a little space in between the top and front surface of the scope that contains the integrated ventilation. I am really proud of how this turned out and the positive feedback I have gotten so far. I hope our PlayStation fans will also agree, and I can’t wait for them to try it out.”

Sony says the following about the black and white design language:

Our goal is to create a headset that will not only become an attractive part of your living room decor, but will also keep you immersed in your game world, to the point where you almost forget you are using a headset or controller. That’s why we paid very close attention to the ergonomics of the headset and conducted extensive testing to ensure a comfortable feel for a variety of head sizes.

The thing isn’t going to blend in with the furniture here (unless you live on the Death Star), but maybe you won’t feel the need to stash it away every time you have guests over.

The first PSVR system arrived for the PlayStation 4 back in 2016. By the end of 2019, the company announced that the headset had reached five million in sales globally. The followup felt like an inevitability, arriving for the PS5 during a time of increased focus on all things VR/metaverse.