The 8R tractor has been in select customers’ hands for “a few seasons” now, according to John Deere. After all, like any kind of autonomous machinery, a self-driving tractor isn’t the kind of thing you just unleash on the world without extensive testing. Prototypes have been piloted in fields since fall 2019. Come fall 2022, however, the company will finally be opening sales on the system.

In spite of the company’s recent acquisition of Bear Flag Robotics, it says that none of the startup’s autonomy technology went into this system, which has been in the works for several years. Future Bear Flag-driven offerings will provide farmers an opportunity to retrofit their existing tractors with self-driving tech, but for the time being, John Deere is focused on the self-contained solution that is the 8R. 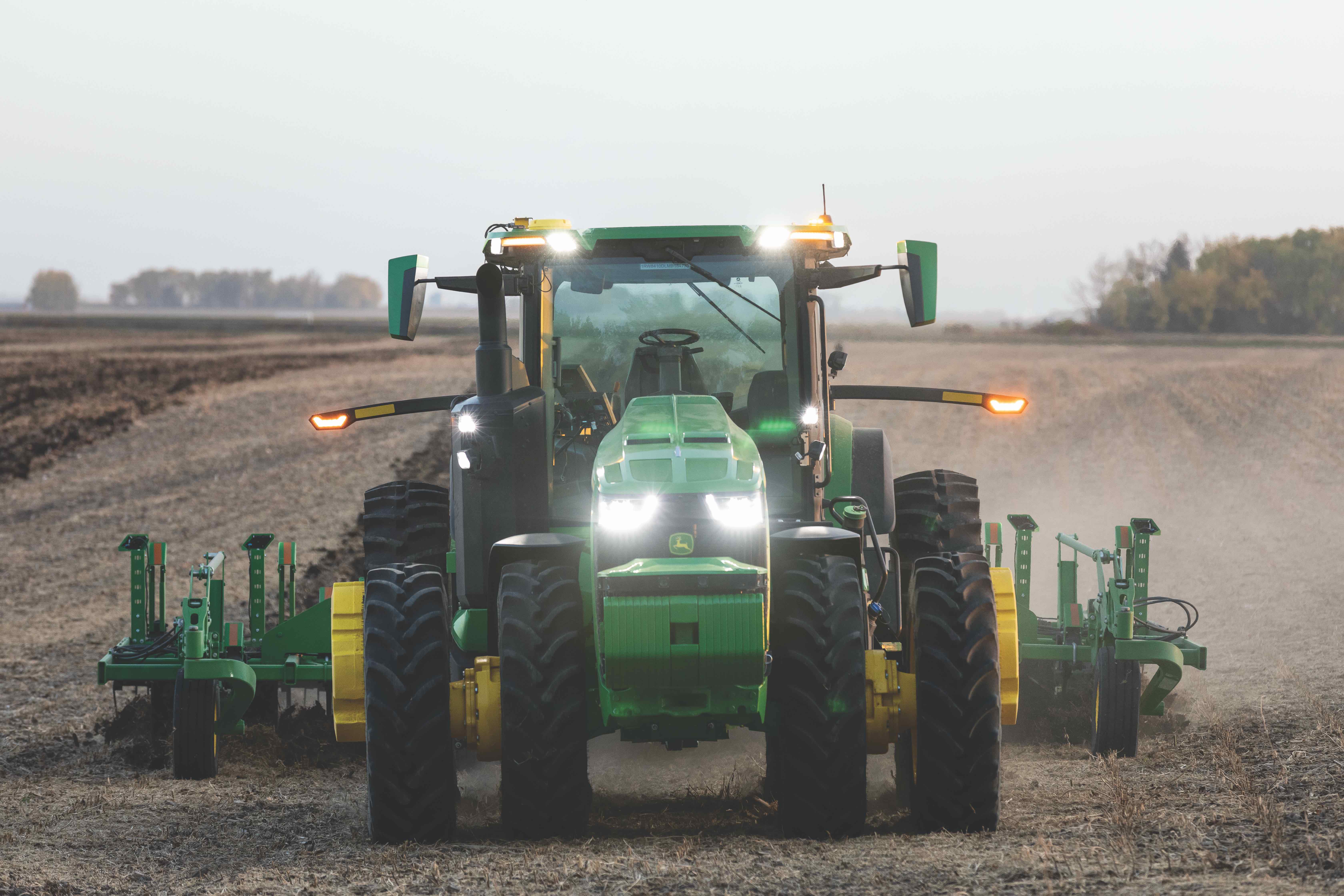 The system sports six pairs of stereo cameras, powered by a pair of Nvidia Jetson modules, offering a full view of its surrounding. Its GPS guidance system, coupled with geofencing, keep the system on track for initial tasks, such as tilling. That’s controlled remotely by the John Deere Operations Center Mobile, which offers access to images, live video and data from the job.

The system will initially be offered selectively through dealers in the upper-Midwest of the U.S. John Deere will assist farmers in the implementation. The 8R is on display this week at CES in Las Vegas.