For a more in-depth look at Nearside, take a look a TechCrunch’s article from April 2021, when the startup launched publicly and announced its $20 million Series A. After founder and CEO Thomson Nguyen’s last startup, Framed Data, was acquired by Square, he became entrepreneur-in-residence at Kleiner Perkins. There he found that many small business owners don’t have the cash flow to maintain business checking accounts without paying hundreds of dollars in overdraft fees per year.

Hatch, a neobank for SMBs, launches with $20M in funding from investors like Kleiner Perkins, Foundation Capital and Plaid’s founders

Nearside offers business checking accounts with no monthly, overdraft or ATM fees, as well as a universal 1% cashback reward program that it says is a first in the SMB online banking space. It also recently launched Premium Cashback Rewards, which offer up to 5% cashback at merchants like Amazon, Walmart, Shopify, Squarespace and Zero.

The company isn’t currently sharing its customer numbers, but Nguyen said its user base has increased by 800% since its Series A announcement.

Nearside is able to offer its universal 1% cashback reward program “because we’ve built our onboarding, payments and serving infrastructure in-house, we’re able to minimize the number of vendors we work with and thus keep more of the interchange revenue with nearside,” Nguyen said. “We can then pass on a larger chunk of this interchange revenue back to our customers in the form of Universal Cashback.”

Nguyen said that Nearside wasn’t planning to fundraise anytime soon after its last funding announcement, but “this Series B ended up being very opportunistic and allows us to build additional products to help our individual and small business customers start and grow,” especially as more SMBs began to return as the COVID-19 pandemic gradually subsides.

The startup changed its name to Nearside “because we wanted to find a name that resonates with our customers at all stages of their business journey — from the individual freelancer, to the incorporated LLC owner, and beyond,” he said. 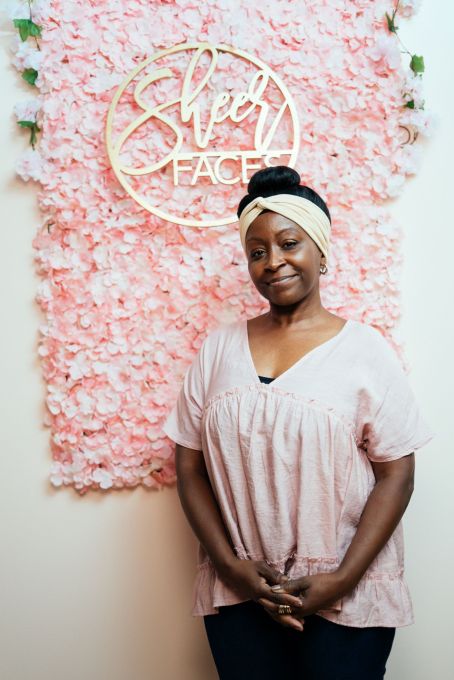 Nearside doesn’t target any specific sectors, and it onboards incorporated small businesses, like Sheer Faces, an eyelash extension and brow shaping boutique in East Pointe, Michigan owned by LaShondra White. Its customers also include freelancers, solo entrepreneurs and people who haven’t formally started their business yet, he added.

“A trend I find really interesting is that the line between a business and an individual is getting blurrier as people are starting businesses whilst transitioning out of their current job,” Nguyen added. “We believe that during this crucial transition period, individuals are looking for easy and free business tools and checking accounts with debit cards that save them as much money as possible.”

Next year, Nearside’s product roadmap includes adding a Term Loan product, which is currently in limited beta, and Sprout, which will allow SMB owners to incorporate their businesses from their Nearside Dashboards.

In a statement about the investment, Valar Ventures general partner James Fitzgerald said, “We couldn’t be more excited to support [Nearside] as they democratize access to banking and financial services for a new breed of entrepreneurs. They’re expanding the definition of small businesses beyond brick and mortar stores to include freelancers, gigsters and the self-employed. Their mission to jumpstart entrepreneurship in the U.S. is more important now than ever before, and we are thrilled to be part of the journey.”