Apple has partnered with Boys & Girls Clubs of America to launch a new program that aims to bring coding opportunities to children and teens across the U.S. Using the tech giant’s “Everyone Can Code” curriculum, children and teens at local Boys & Girls Clubs will integrate coding into their activities. Apple says the new collaboration will give students the chance to create and learn about the basics of app design and development. The program will focus on critical thinking and creative problem-solving. 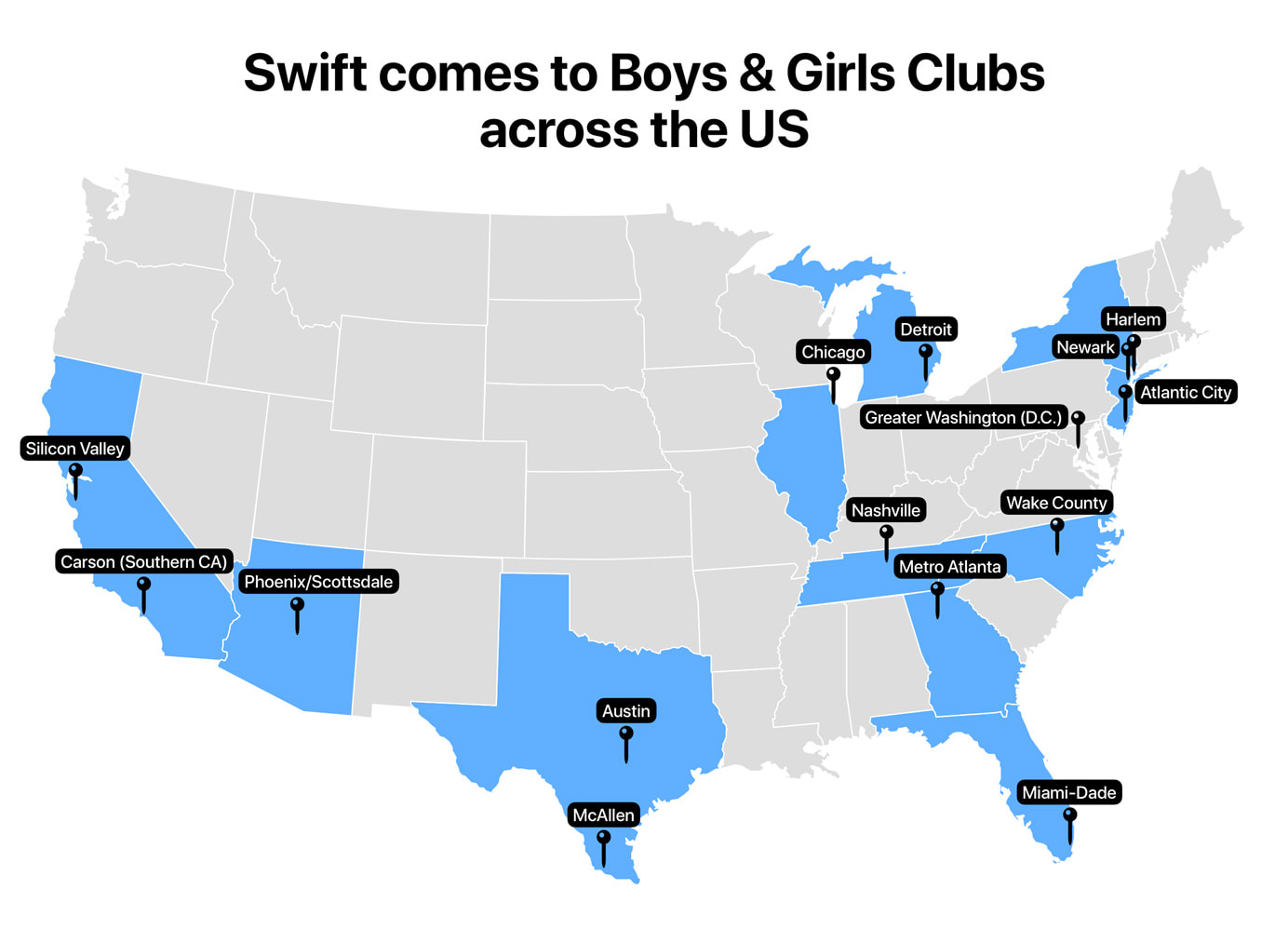 “Together with the Boys & Girls Clubs of America, we’ve already introduced thousands of students to innovative technology experiences, and we are thrilled to expand our partnership to bring coding with Swift to even more communities across the country,” said Lisa Jackson, Apple’s vice president of environment, policy and social initiatives, in a press release about the announcement.

This newest launch builds on Apple’s existing partnership with Boys & Girls Clubs of America through the company’s Community Education Initiative in support of its Racial Equity and Justice Initiative.

Apple’s latest expansion of its “Everyone Can Code” curriculum comes two months after it rolled out new resources for elementary school students, including a new “Everyone Can Code Early Learners” activity guide. The recently launched guide extends Apple’s curriculum resources from kindergarten to college. The Everyone Can Code Early Learners guide allows students in kindergarten through third grade to build a foundation in core coding concepts through several subjects including music, art, science and physical education.