I’m excited for any opportunity to talk about soft robotics. There’s something other-worldly about the world of inflatable robotic bladders. Human beings are wont to develop robotics in their own image. The world of soft robots are something akin to what the technology would be like if it was developed by a sea creature.

Certainly cephalopods like octopi and squid have been a major inspiration for the category, along with other invertebrates. The benefits of the technology is clear. These far less rigid structures are more compliant and are able to squeeze into more places and conform to different shapes. We have seen a number of models deployed for different tasks, including picking and placing fragile products like foodstuffs. 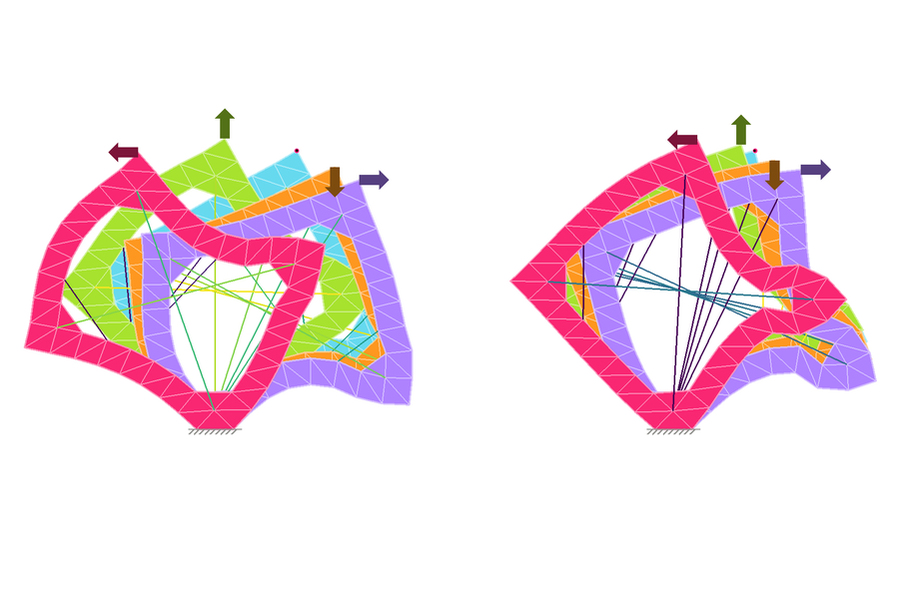 Another major benefit is the safety. As human-robot collaborations increase, companies are looking for ways to ensure that their big, hulking machines don’t accidentally hurt their workers. That appears to be a big part of the inspiration behind this MIT project designed to create robots that can alternate between hard and soft structures.

It’s still very much in the early stages, but the research presents a compelling idea, with a series of cables that help the soft structure become more rigid. The team likens the tech to the muscles in a human arm. When flexed, it becomes much more difficult to move.

New research published by researchers at National University of Singapore and the University of Lincoln (U.K.) in the journal Nature show ocean-inspired soft robots in a seemingly more natural environment: the Marina Trench. The soft structure (this time drawing more direct inspiration from rays) was able to withstand the extreme pressure that comes with being nearly 11,000 meters below the surface of the South China Sea.

This self-powered robot eliminates the requirement for any rigid vessel. To reduce shear stress at the interfaces between electronic components, we decentralize the electronics by increasing the distance between components or separating them from the printed circuit board.

Another entirely different — but equally fascinating — swimming robot comes out of UC San Diego. The 2 cm long fish-shaped robots have platinum tales, which propel through bubbles created by a reaction to the hydrogen peroxide in their petri dishes. After researchers cut the little robots in half or thirds, magnetic interaction makes the pieces “heal” back together. The hope is that such application could be put to use in larger swimming robots, which are frequently made of fragile material. 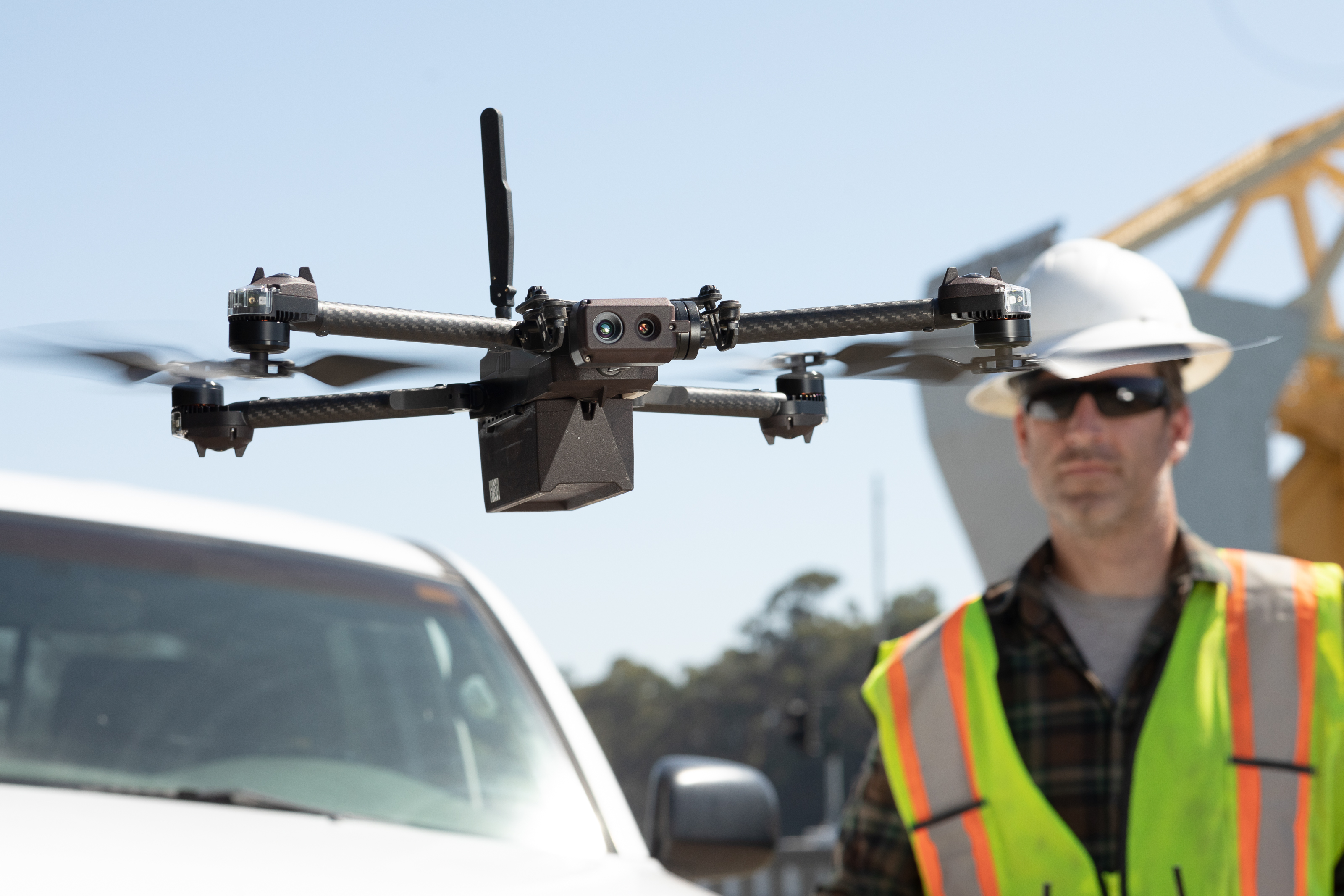 The big robotics investment of the week is Skydio. Not the first time that sentiment has been uttered, of course. The Series D brings the drone makers total funding up to $340 million, as it expands to additional commercial applications. There’s also the fact that the company is U.S.-based, which likely makes it all the more appealing to investors following DJI’s addition to the DoC’s “entity list” in December.

That was one of those initiatives the Trump administration took on its way out the door. Like a number of recent entity list additions, this will hopefully be scrutinized under the new administration. Thus far, however, it hasn’t appeared to impact DJI’s ability to sell drones in the States, including the new FPV. 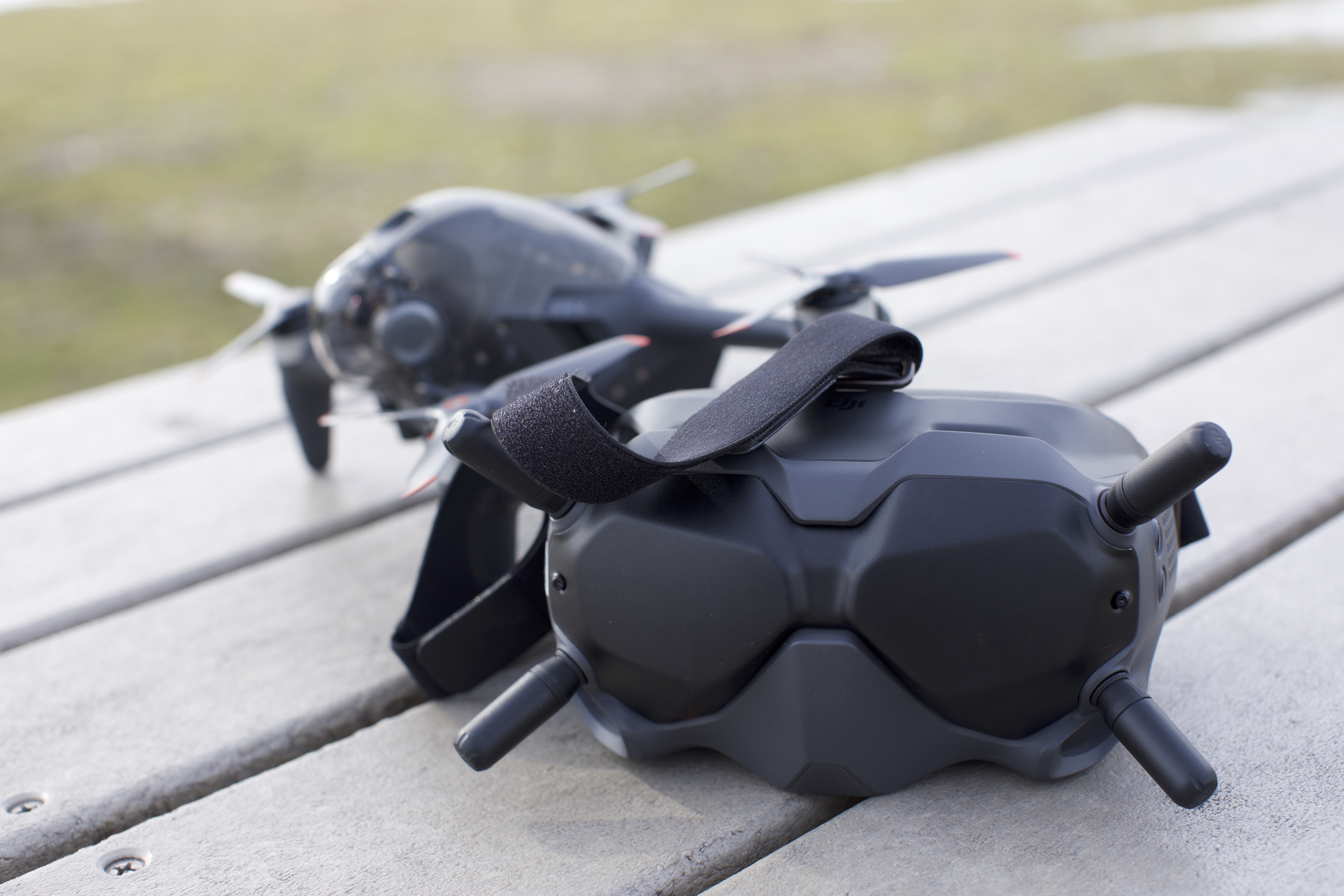 I got my hands on the new model this week. It’s an interesting new category the drone giant has only dipped its toes in thus far. The DJI FPV bundles goggles for a first-person flight experience that has largely been the domain of racers and high-end hobbyist models. Given that DJI current controls roughly 70% of the global market, this marks an important moment for the burgeoning category.

SkyMul, meanwhile, is one of the more interesting applications I’ve seen in the drone space for a bit. The startup is one of a deluge of robotics companies in the construction space. Specially, it uses quadcopters for the extremely thankless job of tying rebar. 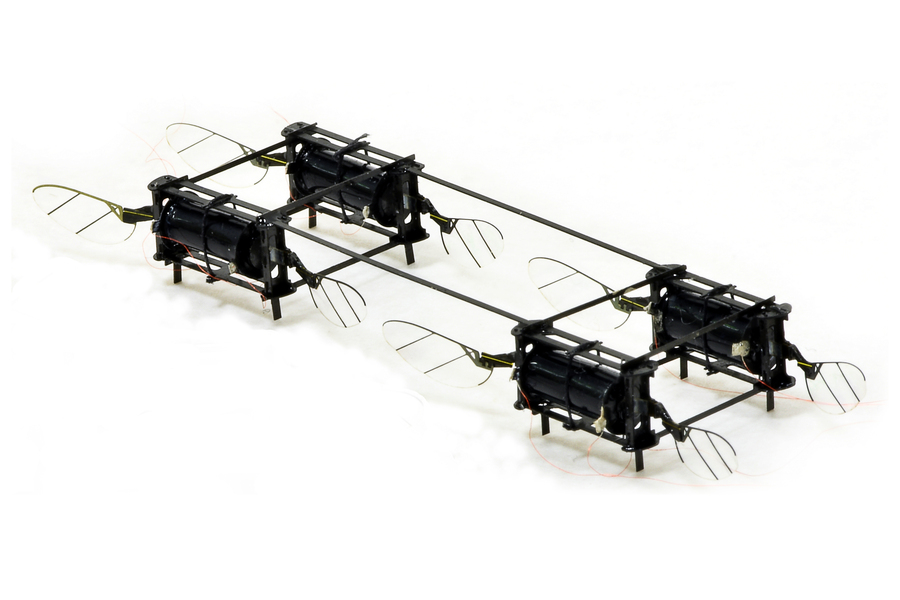 On the research side of the category, we’ve got these adorable little buggers out of MIT. At 0.6 grams, they weigh roughly the size of a large bumble bee. And unlike previous models, these “cassette tapes with wings” are designed to survive mid-air collisions. Turns out bumble bees tend to crash into each other a bunch while flying. That’s one of those little pieces of nature trivia that make perfect sense when you think about it for a second.

The drones are “are built with soft actuators, made from carbon nanotube-coated rubber cylinders. The actuators elongate when electricity is applied at a rate up to 500 times a second. Doing this causes the wings to beat and the drones to take flight.”

After I posted that article, someone asked if I knew about a “kids’ book about a boy who becomes an insect drone and solves mysteries?” I did not. But I asked the occasionally usual social media platform and it nearly instantly responded with the extremely 70s kids book title, “Danny Dunn, Invisible Boy.” The thirteenth book in a long-running series, the book offered a glimpse into the future of drones. Per a 2014 Medium article:

You control the drone using a keyboard box, a thoroughly funky virtual-reality helmet, and what look like a pair of souped up Nintendo Power Gloves. With head inside the helmet, the pilot sees what the dragonfly sees, and even feels what the dragonfly feels via haptic feedback in the gloves.

In less fun “science fiction predicts the future” news, a follow up from all of the hubbub surrounding Boston Dynamics last week. Once again, the ACLU is weighing in on the matter, as it did when the company debuted footage of a Spot unit in the field with the Massachusetts state PD on our stage a while back.

The org reiterates questions it and others have raised before, including some of the generally ominous images and ideas around weaponized robotics that have been floating around for a long time. Here, however, it combines these with existing conversations around policing, AI and bias:

Viewed narrowly, there’s nothing wrong with using a robot to scout a dangerous location or deliver food to hostages. But communities should take a hard look at expensive, rare-use technologies at a time when the nation is increasingly recognizing the need to invest in solving our social problems in better ways than just empowering police.

There’s a lot to untangle here, but as I said week, it’s a net positive that we’re discussing these things now, while they’re still largely hypothetical. If drones have taught us anything, it’s that technology comes at you fast. I can appreciate that last week’s art instillation was not the framing Boston Dynamics wanted to enter into this conversation — and I do think the company’s an easy target due to its profile and the framing of fiction like Black Mirror.

But having this ongoing conversation is a net positive for robotics, going forward.

Early Stage is the premier ‘how-to’ event for startup entrepreneurs and investors. You’ll hear first-hand how some of the most successful founders and VCs build their businesses, raise money and manage their portfolios. We’ll cover every aspect of company-building: Fundraising, recruiting, sales, product market fit, PR, marketing and brand building. Each session also has audience participation built-in – there’s ample time included for audience questions and discussion.