Virtual events platform Hopin is hopin’ for a mega valuation.

According to multiple sources who spoke with TechCrunch, the company, which was founded in mid-2019, is running around the fundraise circuit and perhaps nearing the end of a fundraise in which it is looking to raise roughly $400 million at a pre-money valuation of $5 billion for its Series C. The two names out in front, likely part of a joint ticket, are thought to be Andreessen Horowitz and General Catalyst.

Two sources implied that the valuation could have gone as high as $6 billion, but with greater dilution based on some offered terms the company has received. The deal is in flux, and both the round size and valuation are subject to change.

One source told TechCrunch that the company’s ARR has grown to $60 million, implying a valuation multiple of 80-100x if the valuation we’re hearing pans out. That sort of multiple wouldn’t be out of line with other major fundraises for star companies with SaaS-based business models.

Hopin has been on a fundraise tear in recent months. The company raised $125 million at a $2.125 billion valuation late last year for its Series B, which came just a few months after it raised a Series A of $40 million over the summer and a $6.5 million seed round last winter. All told, the roughly 20-month-old company has raised a known $171.4 million in VC according to Crunchbase.

When we last reported on the company, Hopin’s ARR had gone from $0 to $20 million, while its overall userbase had grown from essentially zero to 3.5 million users in November. The company reported then that it had 50,000 groups using its platform.

Hopin’s platform is designed to translate the in-person events experience into a virtual one, providing tools to recreate the experience of walking exhibition floors, networking one-on-one and spontaneously joining fireside chats and panels. It’s become a darling in the midst of the COVID-19 pandemic, which has seen most business and educational conferences canceled in the midst of mass restrictions on domestic and international travel worldwide. 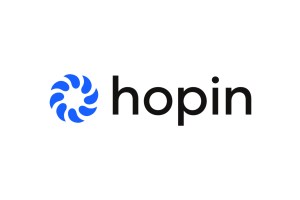 It’s probably also useful to note that our business team uses Hopin to run all of TechCrunch’s editorial events, including Disrupt, Early Stage, Extra Crunch Live and next week’s TechCrunch Sessions: Justice 2021 event (these software selections and their costs are — thankfully — outside the purview of our editorial team).

Hopin may be the mega-leader of the virtual events space right now, but it isn’t the only startup trying to take on this suddenly vital industry. Run The World raised capital last year, Welcome wants to be the “Ritz-Carlton for event platforms,” Spotify is getting into the business, Clubhouse is arguably a contender here, InEvent raised a seed earlier this month and Hubilo is another entrant, which nabbed a check from Lightspeed a few months ago. Plus, quite literally dozens of other startups have either started in the space or are pivoting toward it.

Post updated to report that Andreessen Horowitz and General Catalyst are in the lead.