Welcome back to This Week in Apps, the weekly TechCrunch series that recaps the latest in mobile OS news, mobile applications and the overall app economy.

The app industry is as hot as ever, with a record 218 billion downloads and $143 billion in global consumer spend in 2020.

Apps aren’t just a way to pass idle hours — they’re also a big business. In 2019, mobile-first companies had a combined $544 billion valuation, 6.5x higher than those without a mobile focus. In 2020, investors poured $73 billion in capital into mobile companies — a figure that’s up 27% year-over-year.

This week, we’re taking a look at Clubhouse’s breakout moment — or moments, to be fair. Also, the App Store’s rules were updated, Parler’s CEO was fired and other companies began raising their own red flags about Apple’s privacy changes.

This Week in Apps will soon be a newsletter! Sign up here: techcrunch.com/newsletters 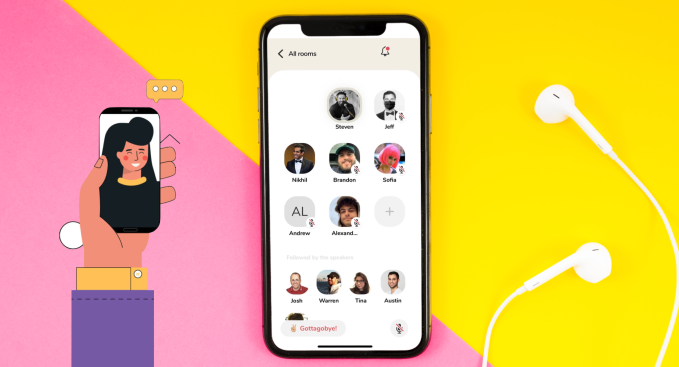 The invite-only audio platform has been on a roll, and has already hosted big names in tech, media and entertainment, including Drake, Estelle, Tiffany Haddish, Kevin Hart, Jared Leto, Ashton Kutcher, and others in the Silicon Valley tech scene. But this week was a breakout if there ever was one, when on Monday, Tesla and SpaceX founder Elon Musk showed up on Clubhouse, topping the app’s limit of 5,000 people in a single room. With others unable to get in, fans livestreamed the event to other platforms like YouTube, live-tweeted, and set up breakout rooms for the overflow. Musk was later joined by “Vlad The Stock Impaler,” aka Robinhood CEO Vlad Tenev, who of course talked about the GameStop saga — and was then interviewed by Musk himself.

Then on Thursday, Clubhouse saw yet another famous guest: Facebook CEO Mark Zuckerberg, who casually went by “Zuck23” when he joined “The Good Time Show” talk show on the app, as Musk had done before him.

The format of the social media network allowed the execs to informally address a wide audience of listeners with whatever they want to talk about — in Musk’s case, that was space travel, crypto, AI and vaccines, among other things. Zuckerberg, meanwhile, used the time to talk about AR/VR and its future in business and remote work. (If you thought Zoom meetings were bad…).

(And who knows, maybe he wanted give the app a try for other reasons, too.)

Listening to Mark Zuckerberg chat on Clubhouse, it's impossible not to wonder how long before Facebook releases its own version of this product

There is something unsettling about this whole arrangement, of course. Soft-balled questions lobbed at billionaires, journalists blocked from rooms, and so on — all on an app financed by a VC firm, Andreessen Horowitz (a16z), that’s said to be interested in cutting out the media middleman, to “go direct” instead. (Not coincidentally, the room inviting the big name guests was co-hosted by a16z’s Andreessen and its new GP, Sriram Krishnan, who is described as having an “optimistic” outlook — perhaps a valuable commodity when much of the media does not.)

Regardless of the machinations behind the scenes that made it happen, it’s hard to ignore an app where the biggest names in tech show up to just chat — or even interview one another.

Where is all this going?, is a valid question to be raised. Some have described Clubhouse as the late-night talk show equivalent. A place where interviews aren’t about asking the hard questions, but rather about whatever the guest came there to say or promote. And that’s fine, of course — as long as everyone understands that when big names arrive, they may do so with an agenda, even when it seems they’re just there for fun.

In any event, Clubhouse proved this week it’s no longer a buzzy newcomer. For now, at least, it’s decidedly in the game.

So far, it may have seemed as if the only two businesses taking real issue with Apple’s privacy changes, including the coming changes to IDFA, were Facebook and Google. Facebook took out full-page ads and weighed lawsuits. Google delayed iOS app updates while it figured out privacy labels. But as other companies reported their fourth-quarter earnings, IDFA impacts were also topping their list of concerns.

In Snapchat CEO Evan Spiegel’s prepared remarks, he alerted investors to the potential disruption to Snap’s ad business, saying that the privacy changes “will present another risk of interruption” to advertising demand. He noted that it was unclear what the long-term consequences of those changes may be, too. Unity, meanwhile, attached a number to it: IDFA changes would reduce its revenue by about 3%, or $30 million, in 2021. 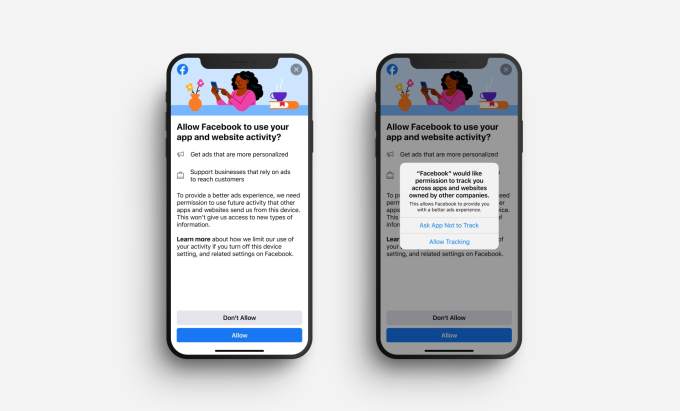 It may be that no one really knows how damaging the IDFA update will be until it rolls out. These are only estimates based on tests and assumptions about user behavior. Plus, there are reports poking holes in Facebook’s claims, which had said that small businesses would suffer a 60% cut in revenues. Those are surely overstated, Harvard Business Review wrote, saying Facebook had cherry-picked and amplified its numbers.

Nevertheless, Facebook is already testing ways to encourage users to accept its tracking. The company on Monday began showing some users prompts that explained why it wants to track and asked users to opt in so Facebook can “provide a better ads experience.” Users could tap “allow” or “don’t allow” in response to the prompt.

Apple said these were moderate changes — just clarifications and tweaks that had been under way for some time. For example, the new App Store Guidelines now include instructions about how developers should implement the new App Tracking Transparency rules. Another section details how developers can now file an appeal upon an app review rejection.

Other changes are more semantic in nature — changing person-to-person experiences to “services” to broaden the scope, for example, or to clarify how gaming companies can offer a single subscription that works across a variety of standalone apps.

Parler — the app banned from the App Store, Google Play, Amazon AWS, using Okta, etc., etc. — fired its CEO, John Matze, this week after struggling to bring the app back online. According to reports from NPR and others, the firing was due to his disagreement with conservative donor Rebekah Mercer, who controls Parler’s board. Matze argued the app would need to crack down on domestic terrorism and groups that incite violence in order to succeed, he says, but claims he was met with silence. Parler, meanwhile, said those statements were misleading.

After Parler’s rapid deplatforming following the events at the Capitol, other alternative social networks climbed up the charts to take its place. But these apps have not proven themselves to have much staying power. Instead, the top charts are once again filled with the usual: Facebook, Instagram, YouTube, TikTok, Snapchat, etc.

Maybe it’s actually no fun yelling about the world when no one is around to challenge you or fight back?

Ford vehicles will be powered by Google’s Android operating system 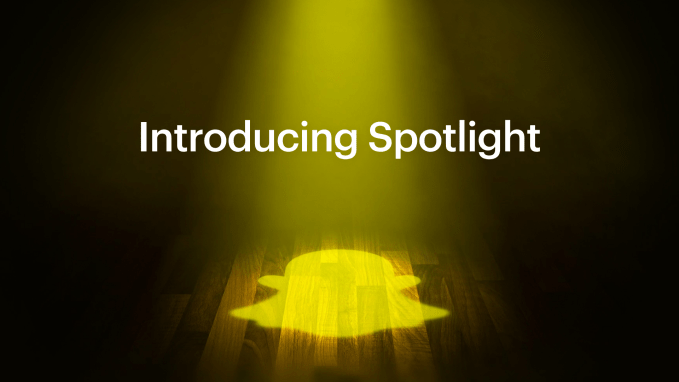 Now with over 10M monthly users, IRL turns its events website into a social network 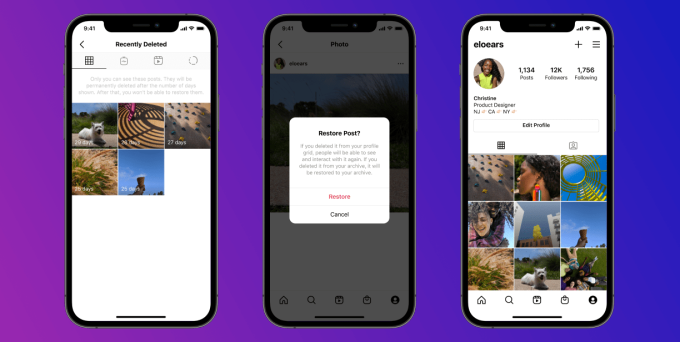 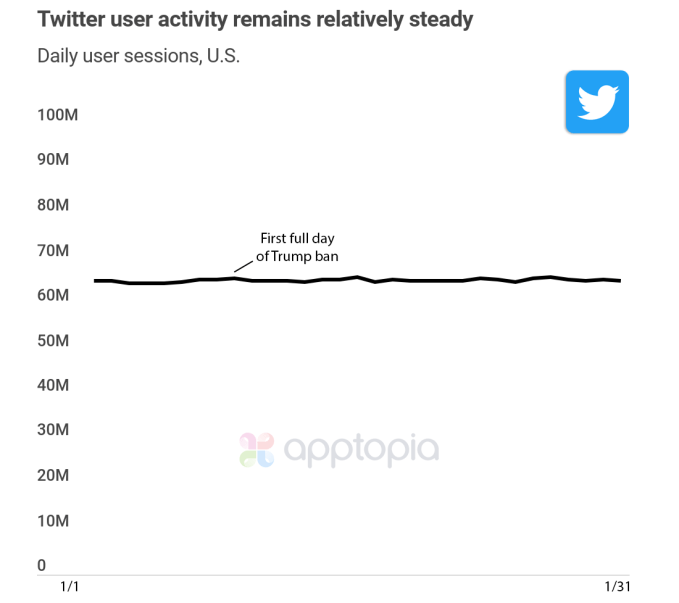 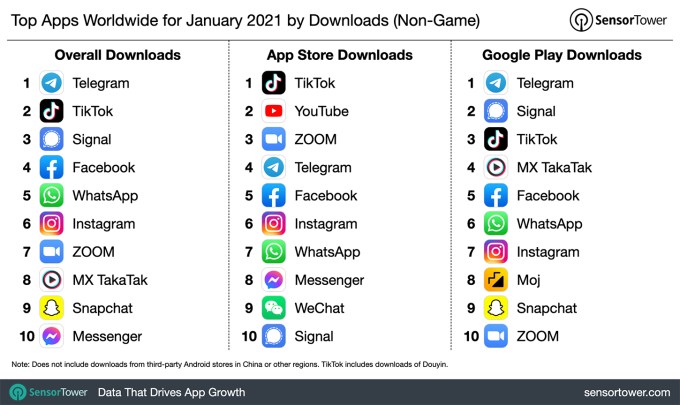 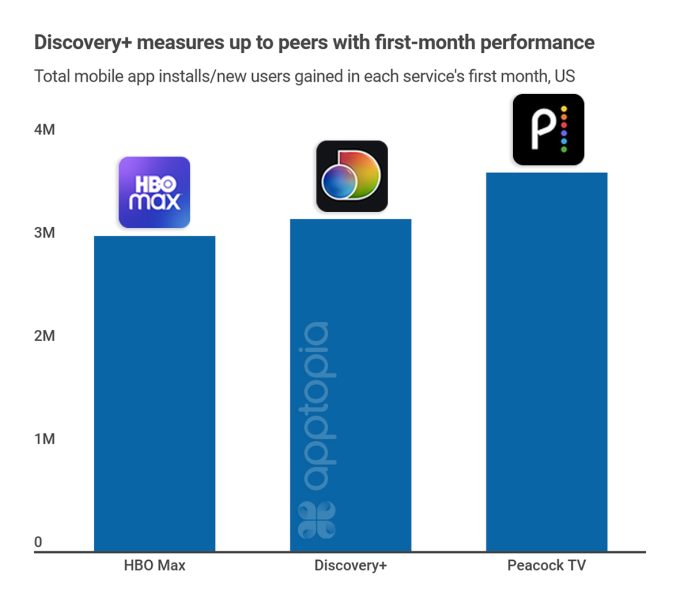 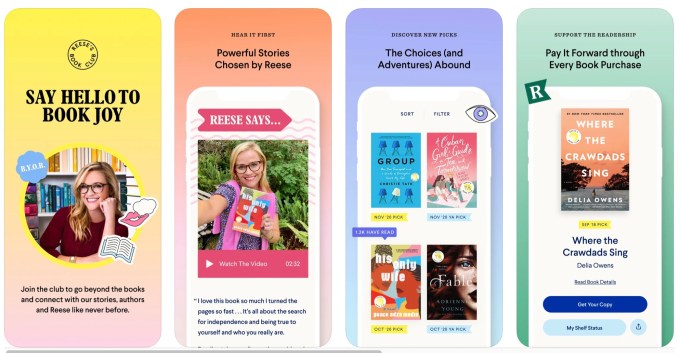 Actress and producer Reese Witherspoon’s media company Hello Sunshine has launched an app for Reese’s Book Club — the book club that focuses on diverse voices where women are the center of their stories. The book club today has nearly 2 million Instagram followers and 38 book picks that made The New York Times bestseller list. Its books have also been adapted into film and TV projects, including Hulu’s “Little Fires Everywhere,” upcoming Amazon series “Daisy Jones and the Six, Netflix’s “From Scratch,” and forthcoming film “Where the Crawdads Sing.”

The new app lets users keep track of the new monthly picks, browse past selections, join community discussions with fellow readers, hear from authors, compete for prizes and, soon, buy exclusives items that will help fund The Readership, a pay-it-forward platform aimed at amplifying diverse voices and promoting literacy, which may include efforts like installing book nooks in local communities and supporting indie booksellers.

The app is a free download on the App Store and Google Play. 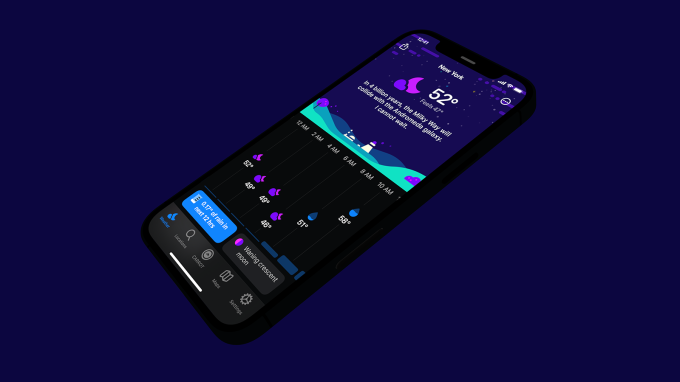 Everyone’s favorite snarky weather app received a major overhaul toward the end of January, which includes a redesigned interface, new icons, tools to design the UI how you want it (an “interface maker”), new “secret locations” (a fun Easter egg) and more. The app has also switched to a vertical layout that fills the screen with information, which also includes smart cards that bubble up with weather info when it’s needed. Carrot Weather is also now a free download with subscriptions, instead of a paid app.