Nathan Beckord Contributor
Nathan Beckord is CEO of Foundersuite.com, a software platform for raising capital and managing investors that has helped entrepreneurs raise over $2 billion since 2016. He is also the host of Foundersuite’s How I Raised It podcast.
More posts by this contributor

Milana Lewis, CEO and co-founder of music tech startup Stem, started the fundraising process long before she actually asked any investors for money (dig the well before you’re thirsty — it’s the best way). She recommends that other founders do the same.

Ten years ago, Milana started working at United Talent Agency (UTA), one of the world’s leading talent agencies. When tasked with finding the best tools and technologies that UTA’s clients could use to self-distribute their work, she discovered a glaring gap.

“There were all these tools built for the distribution of content, monetization of content and audience development,” she says. “The last piece missing was the financial aspect.” The entertainment industry desperately needed a platform that would help artists manage the financial side of their business — and that’s how the idea for Stem was born.

Because UTA had its own investment branch, called UTA Ventures, Milana’s job also introduced her to some brilliant investors. Years later, when it was time to fundraise for Stem, those connections played a pretty big role.

In an episode of How I Raised It, Milana shared how Stem has landed some superstar investors and raised a little under $22 million.

1. Bring investors along for the ride — from the very start

Milana’s involvement with UTA Ventures exposed her to the investor experience and put her in the same room as people like Gary Vaynerchuk, Jonathon Triest from Ludlow Ventures, Anthony Saleh from Wndrco and Scooter Braun.

After meeting them the first time, she made sure to nurture those relationships, and she was “honest and vulnerable” about the fact that she wanted to be an entrepreneur one day.

“It’s amazing how much people will help and support you along in that journey,” Milana says. Investors “get excited about making early-stage investments because they want to identify that person before anyone else does.”

As her idea for Stem came together, she shared that with them, too. Over the course of a year, she provided regular updates on her vision, like how she was building out her team, and she also called them for occasional advice.

By the time she approached some of them for funding, she didn’t even need to present a full pitch. By then, they already knew enough about Stem, and about Milana as a businesswoman. Her pitch meeting with Gary Vaynerchuk — the first person to invest — ended up being just 15 minutes long.

“I brought people on my entrepreneurial journey in the beginning,” Milana says. “The biggest piece of advice I could give is to start raising a year before you start raising. Start building relationships and data points.” 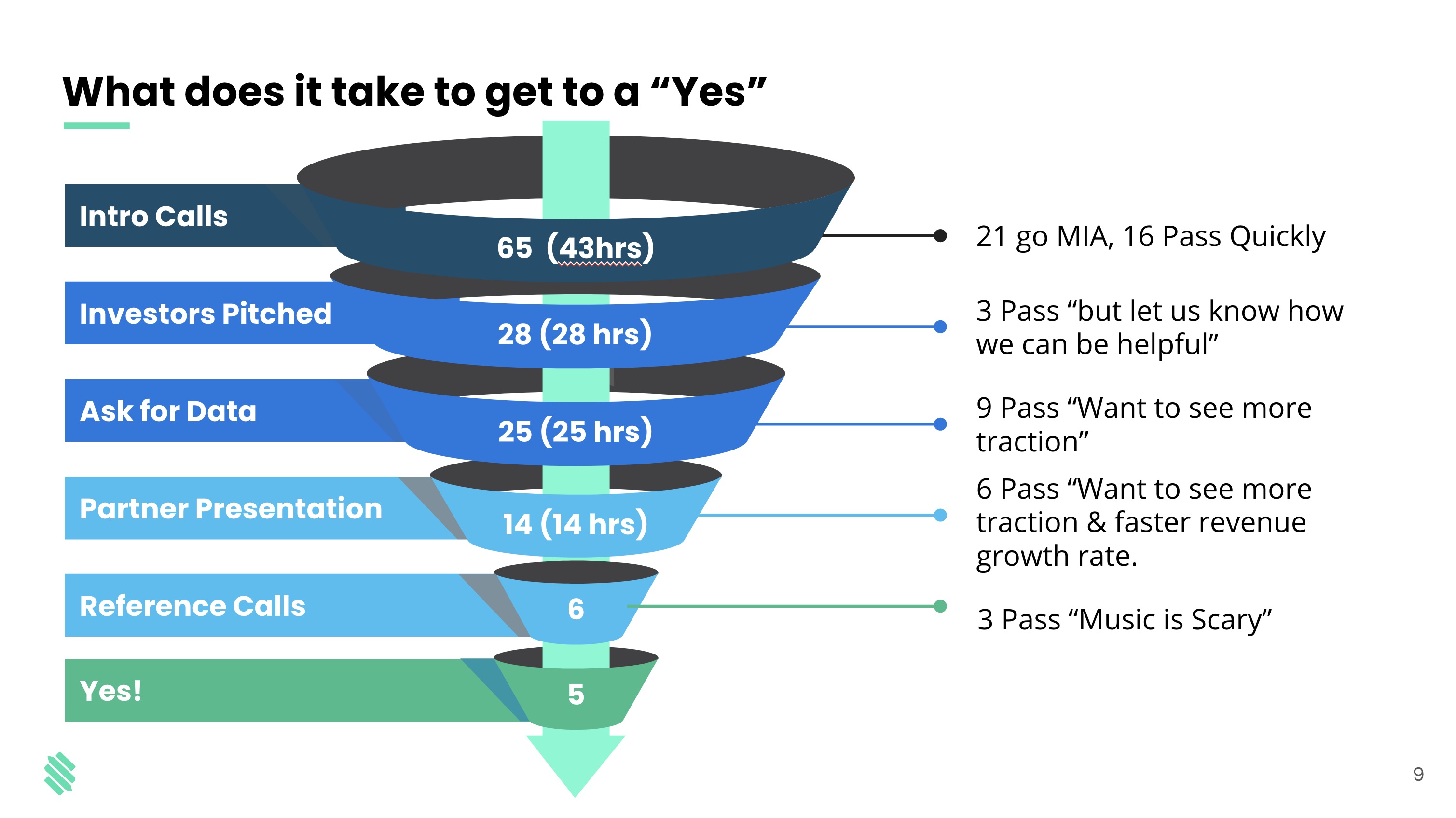 For each round, Milana put together a lead list — a list of potential investors who she either met socially or through business. Each time, she wanted to have at least 100 names on this list.