Crover’s robotic platform isn’t the sexiest or most exciting — particularly for a startup that began life with space travel in its sights. But the real future of robotics and automation lies in the dull, dirty and dangerous tasks employers have difficult finding human workers to fill. Monitoring grain silos, at very least, qualifies for the first part.

Today at Disrupt, the Edinburgh, Scotland-based company debuted its robotic solution. It’s a small, American football-shaped robot designed to essentially swim inside of a grain silo to offer farmers a better insight into the environmental conditions. Temperature and humidity can have a profound impact on grain storage, and the wrong environmental conditions can lead farmers to destroy significant portions of crop storage.

The Crover robot is design to offer a much more complete and targeted analysis of grain storage than traditional static methods. The robot lives inside the silo and dives into its contents when it’s time to offer analysis.  All of that information is fed into a dashboard, offering farmers a more complete picture of what’s happening inside. 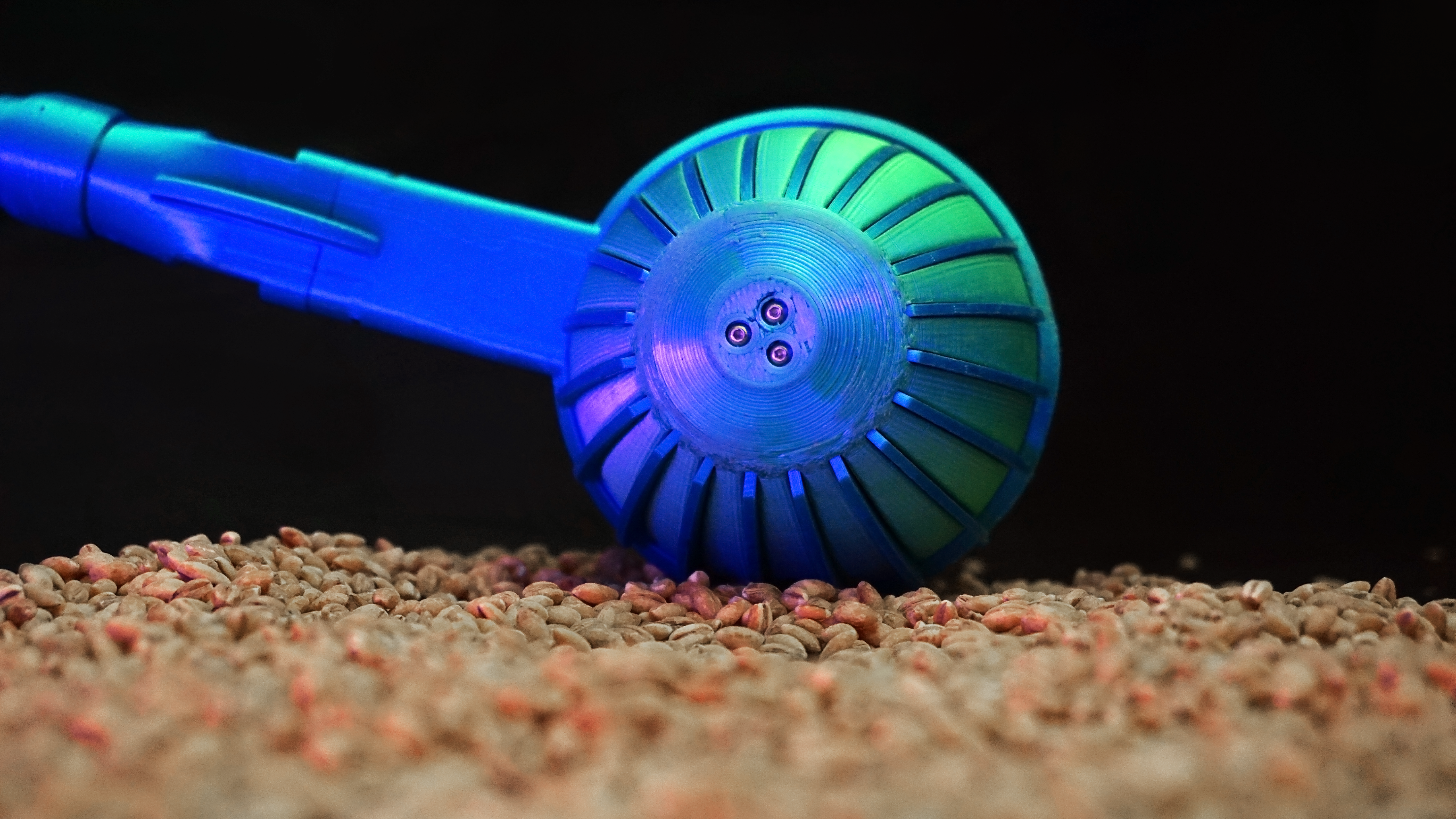 Future versions of the robot will be designed to potentially help address some of these issues, but for now, at least, it’s up to the silo owner to take care of the environmental issues when the robot has identified them.

The robot will be offered through a Hardware as a Service subscription model, running farmers around £3,000 (just under $4,000) per robot, per year. The price includes the hardware and software solution. It sounds pricey, especially for a system that requires one robot per silo of grain, but Crover says that grain loss can often cost groups around £24,000 ($32,000) a year.

Crover is still quite a small team, with six full-time and one part-time employee, but the company is poised to start growing after two years. Thus far, its funds have primarily come from grants and bootstrapping. Even so, it currently has two robots being piloted at sites in the U.K. (Scotland and England) and a fair amount of interest from other locations in Europe, including Spain and Italy.

The company is currently shooting for a product launch in May of next year.