Updated at 5:00PM IST / 11.30AM GMT: Google says it has resolved the issue that was affecting a number of its services. Our original story follows.

Having trouble accessing your Gmail, Google Drive or Google Meet? You’re not alone. Thousands of users, mostly in India, parts of the U.S., Australia, Japan and Malaysia are reporting they are unable to access the aforementioned Google services.

Third-party web monitoring firm Downdetector has corroborated the reports that began pouring in at around 04:40AM GMT. Google has acknowledged the existence of this outage to G Suite users, saying it is investigating the issue.

“We will provide an update by 8/20/20, 1:30 PM (IST) detailing when we expect to resolve the problem,” it wrote. More than two billion users rely on G Suite, Google said in March this year.

In an update moments ago, Google said, “Our team is continuing to investigate this issue. We will provide an update by 8/20/20, 1:51 PM with more information about this problem. Thank you for your patience. Gmail sending issues, Meet recording issues, Creating files issues in Drive, CSV user upload issues in Admin Console, Posting message issues in Google Chat.” 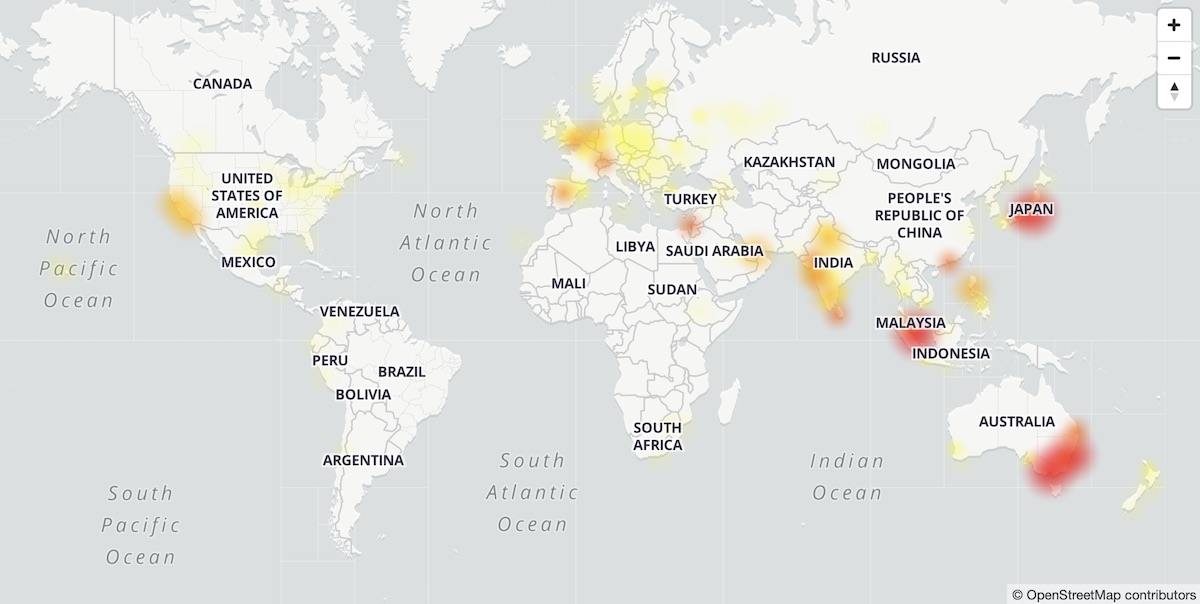 Downdetector estimates the regions that are facing the Gmail outage (Image: Downdetector)

We will update the story when things change.