Reliance Retail said the deal, which grants it a 100% ownership of Vitalic’s subsidiaries (Netmeds, Tresara, and Dadha Pharma), valued the parent firm at about $134 million. Netmeds, which connects customers to pharmacists and enables door step delivery of medicines, serves 5.7 million customers in more than 670 cities and towns and online.

Through Netmeds, which had raised about $99 million prior to today’s announcement, consumers get access to more than 70,000 prescription drugs for chronic and recurring ailments as well as enhanced lifestyle drugs and thousands of non-prescription goods for wellness, health and personal care.

Reliance Retail plans to expand its ownership in Vitalic to at least 80% by April 2024 and holds the rights to own 100% in the future.

“This investment is aligned with our commitment to provide digital access for everyone in India. The addition of Netmeds enhances Reliance Retail’s ability to provide good quality and affordable health care products and services, and also broadens its digital commerce proposition to include most daily essential needs of consumers,” said Isha Ambani, director of Reliance Retail, in a statement.

You know what I like about this? Local M&A is becoming a real thing. Mahindra bought a bunch earlier, like Firstcry, but those were super-distress. Reliance is like bring it on.

Great for founders, one more beyond Inter-VC-deals and Softbank.

The announcement late Tuesday evening (local time) comes days after Amazon struck a deal with Netmeds, 1mg, PharmEasy and Medlife to sell medicines online in Bangalore. It was the first time Amazon had expanded into this category, it said. The coronavirus pandemic has accelerated the adoption of telemedicine and pharma marketplaces in the country, analysts said. 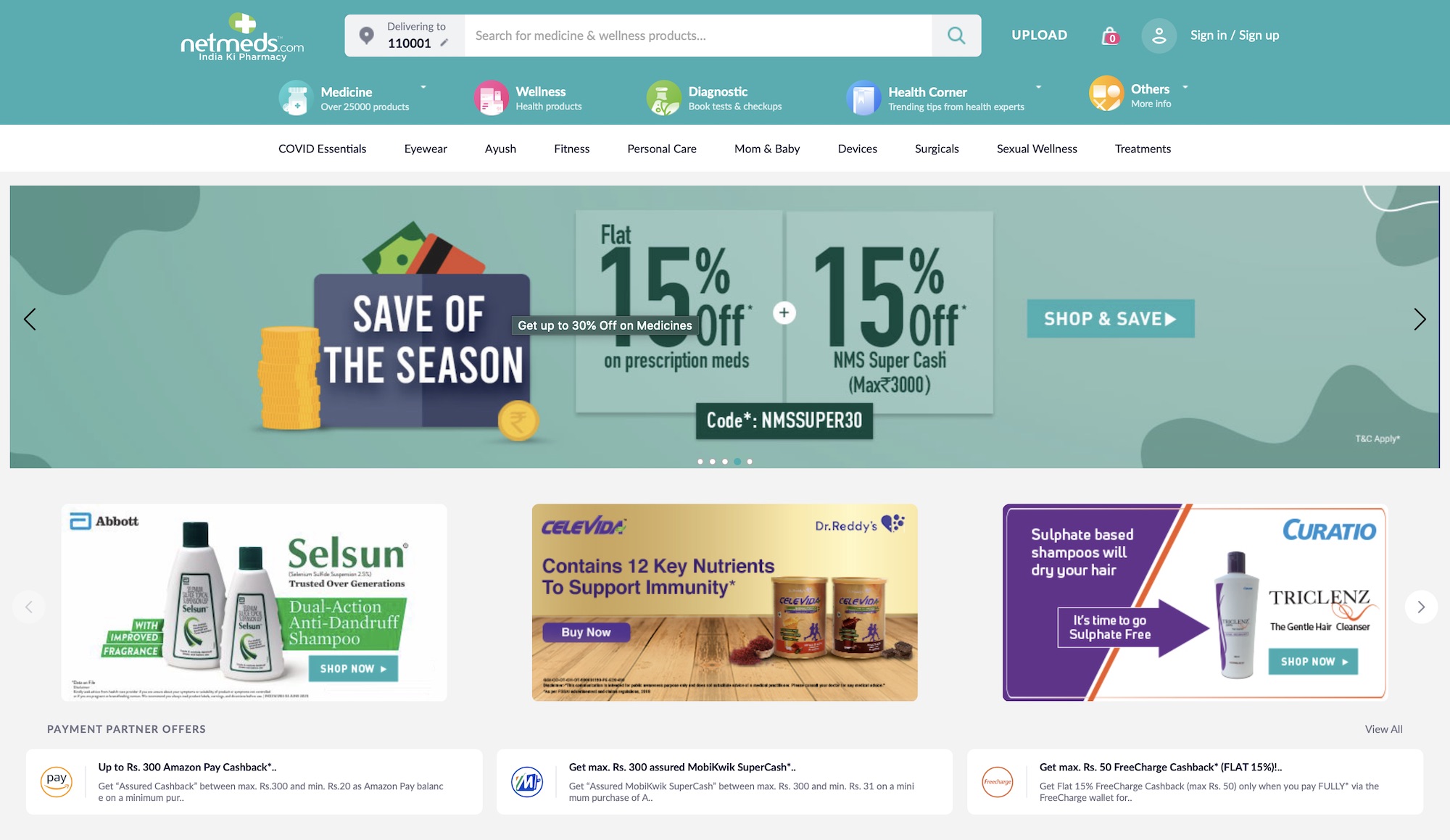 Netmeds is one of the largest online pharmacies in India (Image: Netmeds)

Online sales of medicine in India, for which New Delhi currently does not have clear regulations, presents yet another major opportunity for Reliance Retail, which has expanded its new e-commerce venture — called JioMart — to more than 200 cities and towns in the recent quarters.

“It is indeed a proud moment for ‘Netmeds’ to join Reliance family and work together to make quality healthcare affordable and accessible to every Indian. With the combined strength of the group’s digital, retail and tech platforms, we will strive to create more value for everyone in the ecosystem, while providing a superior Omni Channel experience to consumers,” said Pradeep Dadha, founder and chief executive of Netmeds, in a statement.