I can’t recall the last time people were this intrigued by a (non-Xbox) piece of Microsoft hardware. Announced a little under a year ago amid a deluge of new devices, the Surface Duo turned a lot of heads, leaving many wondering whether the product amounted to more than a concept device.

Today, however, the dual-screen mobile device takes an important step closer to reality, with a release date and price. As a matter of fact, the Duo actually goes up for pre-order starting today. It’s set to arrive in stores on September 10. As for how much it costs, well, that’s bound to be a sticking point for some. 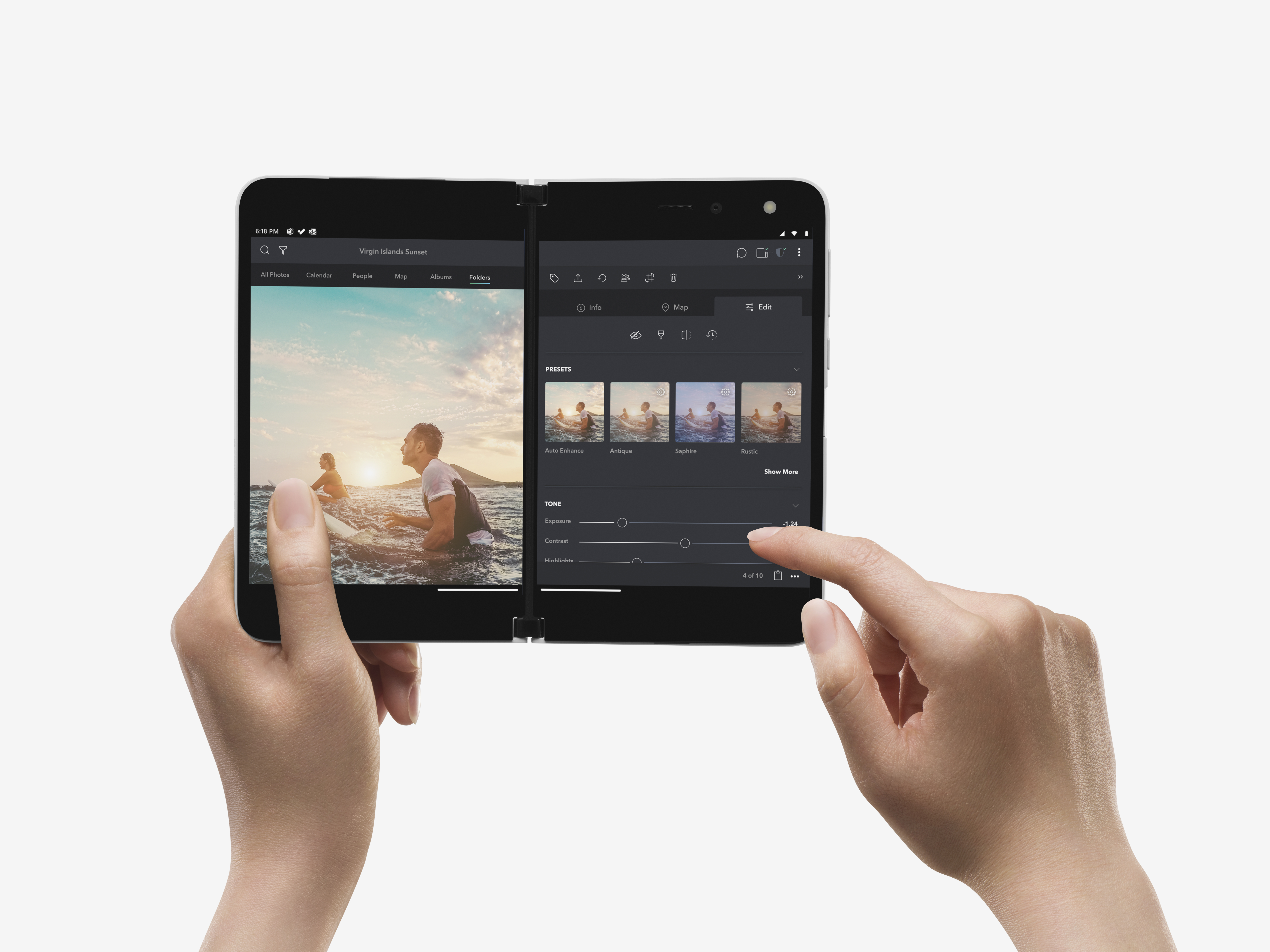 In the grand scheme of things, $1,399 isn’t a crazy price to pay for a dual-screen, perhaps. Certainly it pales in comparison to, say, the first generation of foldable mobile devices. But it will probably be enough to deter those who were simply casually interested in the new form factor.

The price tag seems to largely be a product of the Duo very much being a first-generation product for Microsoft. To hear the company, they built the system from the ground up, including the 360-degree hinge and a cabling system that allows for a pair of batteries, each hidden behind one of the screens.

I’ll preface this by saying I have not seen the Duo in person: COVID-19 has really put a damper on my ability to travel to events. That said, the hardware looks slick, and Microsoft has done a good job here building on top of the Android foundation to ensure there’s a dynamic two-screen experience. Again, the important caveat here being that some of those foldable devices also looked slick in the initial videos/demos, so I’m holding off on making any sort of sweeping judgments until I can get my hands on a unit. 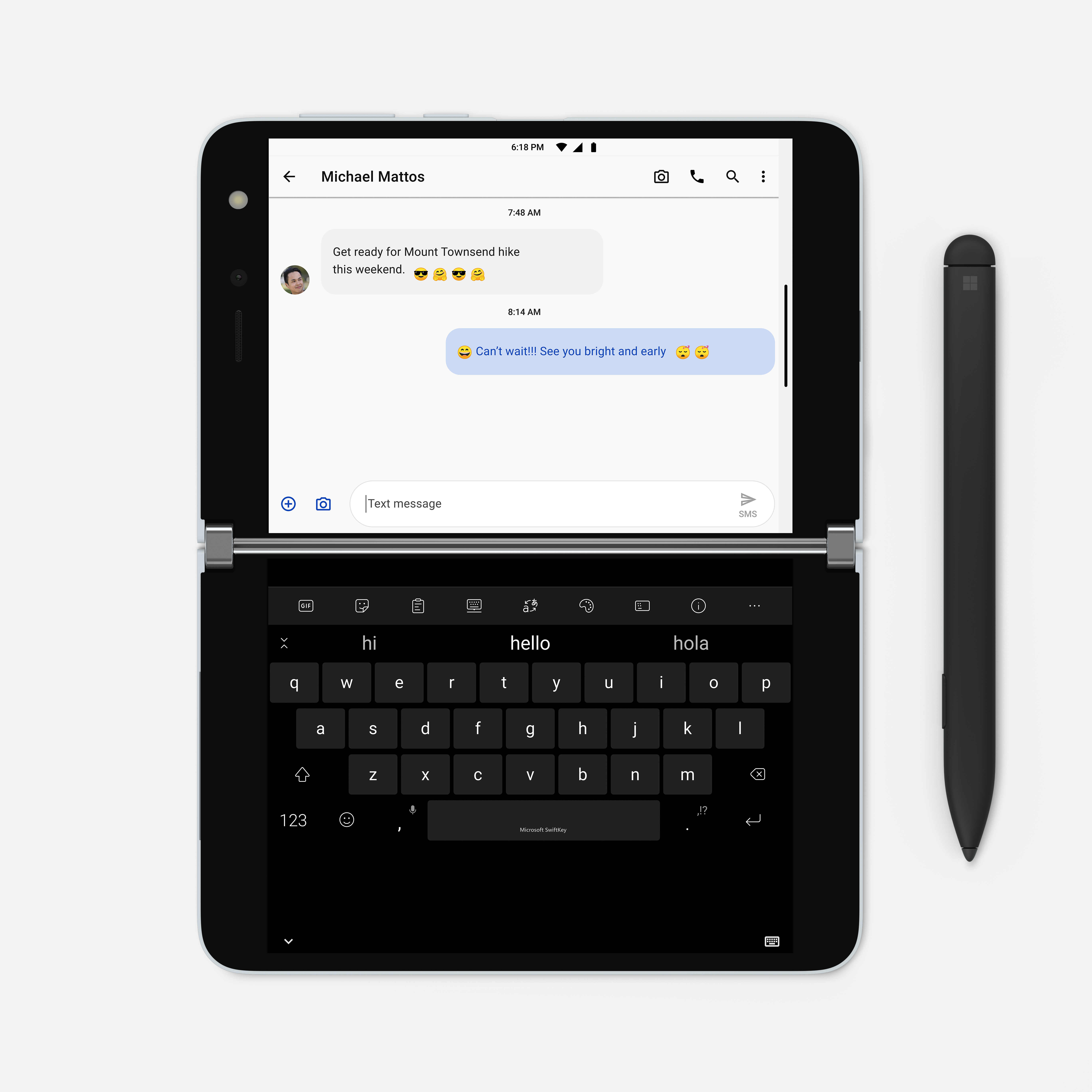 Most additions to Android are focused on things like multi-tasking. The most obvious example of this is probably the App Groups, which lets users essentially pair two apps into a single icon on the desktop top. Tapping it will open them both at the same time, so you can, say, have a book open on one display and a note-taking app on the other. Or, perhaps, two social media apps, if you want to punish yourself.

Android is, perhaps, not the most obvious choice for Microsoft, which has devoted so much time to sticking Windows 10 on as many form factors as humanly possible. But it does, perhaps, represent some growth for a company committed to choosing the best software for this specific hardware, a decision that largely came down to the lack of mobile apps on Windows. The Duo is likely to start life as a niche device, but limiting the number of potential apps will only dampen its appeal.

In addition to its own first-party productivity apps, the company has already worked with a number of developers, including Amazon on a Kindle app — that certainly makes perfect sense for the dual-screen form factor, finally realizing some degree of the long-ago abandoned promise of the Courier device. Microsoft says apps will work across the dual-screens regardless, but an API will help developers further customize them for the unique form factor.

As for why the company went dual-screen instead of foldable, that appears to mostly come down to materials. A foldable display would have made it much more difficult to cover the product with a sufficiently strong glass covering, which, in turn, would have made a pen input a bit of a non starter. And Microsoft’s Surface Pen is going to be a big part of the puzzle here (even if it’s not actually included in the $1,399 price tag).

There are, of course, trade-offs. Because there are always trade-offs. That’s just how this world works, friend. Here the biggest one seems to be the gap between screens. Sure, the two displays add up to a sizable 8.1 inches, but the gap plus the bezels could be a real pain when it comes to things like watching video on the thing.

Ultimately, I suspect the Duo will very much be a learning experience for Microsoft and the industry at large, but at the very least, it’s going to be one of the more interesting ones we’ve seen from a major vendor in recent years.