Only about 10% of India’s 1.3 billion people know English. Yet, scores of firms operating in the country offer their services only in English. Netflix, one such company, said on Friday it’s aiming to break through the language barrier.

The American on-demand video streaming giant today rolled out across its platform support for Hindi, a language spoken by nearly half a billion people in India. From the sign-up page to search rows, to collections, synopsis and payment, Hindi language is now baked in across the platform. Subscribers can choose Hindi language from the “Manage Profiles” section on the welcome screen.

“Delivering a great Netflix experience is as important to us as creating great content. We believe the new user interface will make Netflix even more accessible and better suit members who prefer Hindi,” said Monika Shergill, VP Content at Netflix India, in a statement. 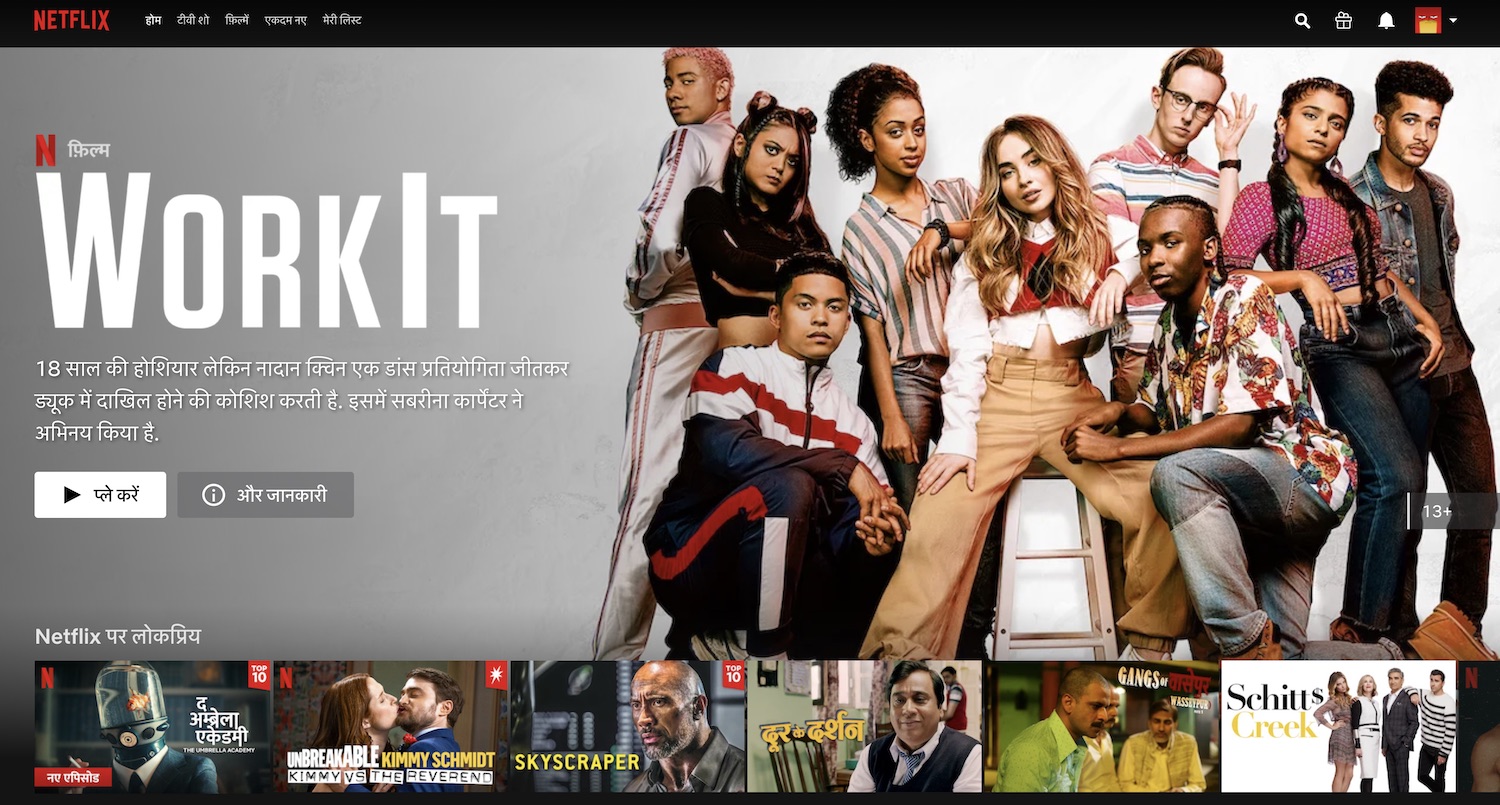 Netflix’s global competitors Amazon Prime Video and Disney+ Hotstar also support the Hindi language, though the latter has deployed Hindi in limited capacity (not for a movie or show’s synopsis, for instance).

The focus on Hindi illustrates the level of traction Netflix believes it has received in India. Most international firms tend to localize their services in India after they have fully tapped the population in urban cities across the country where English is a common language.

Facebook and Google — two companies that have each amassed over 350 million users in India — have long supported Hindi and several other local Indian languages across their services. Amazon added support for Hindi on its app in 2018, and rolled out support for the language in Alexa last year. In June, the company said sellers could now sign up to its platform and manage their accounts in the Hindi language.

Flipkart introduced support for Hindi on its platform last year, and added three more local languages in June this year.

Support for Hindi is the latest effort from Netflix, which competes with more than three dozen on-demand video streaming services in India to attract subscribers in the country. In the past year, the company has also explored ways to make its platform affordable to more users in India, where an average person earns about $2,000 a year.

Last year, it launched a mobile-only plan in India that costs less than $3 a month, and is currently testing at least one more affordable subscription tier in the country. At an event in India in early 2018, Netflix co-founder and co-chief executive Reed Hastings said — perhaps jokingly (can’t tell) — that India will eventually bring 100 million subscribers to his platform.

The company’s moves since then suggest that Netflix believes it. Last year, Netflix said it had earmarked $420 million for producing and licensing content in India by the end of 2020. Last month, the streaming service announced 17 original shows and movies that it plans to release over the next few months.