Mozper, a new service launching from Y Combinator’s latest cohort to provide digital banking services, takes its name from the English words for money, prosperity and Generation Z, according to co-founder Yael Israeli.

A former banker at Lehman Brothers and Barclays Capital, Israeli worked as a consultant for Copa Airlines and then as an independent advisor from her home in Panama.

It was during conversations with her husband’s roommate from Israel, Gabriel Roizner, a serial entrepreneur who built consumer startups in Latin America (like Disca, the online fashion community), that Mozper was born.

Roizner had spent years wandering from Uruguay to France to Brazil to Israel to Mexico and now, settled in Miami, Roizner was ready to start another business.

So the two began planning a service for Latin American consumers that would mirror the kinds of options parents and children have in the U.S. and Europe through startups like Greenlight and GoHenry. Last year, in a sign of how well the business resonates with investors, Greenlight Card raised $54 million in funding to roll out its banking business for parents to teach kids about money.

The team added longtime tech developer Pablo Klestorny as chief technology officer and co-founder and set out to raise capital for their business. 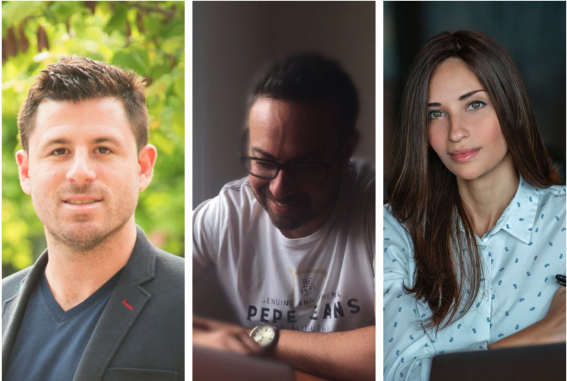 Investors know a good thing when they’ve seen it before, so Mozper has already managed to raise roughly $1.5 million on the back of the company’s founders’ personal connections and a business plan that’s proven successful.

Like the incumbents in the U.S. and Europe, Mozper intends to charge a fee for access to the card and will provide a debit card and an app that both parents and their children can access.

Mozper’s initial market is Mexico, where it launched in late July. The company uses Toka as its sponsor bank and is working on getting its fintech license from the Mexican government. Mozper has also partnered with Visa on card processing services, according to Israeli.