Steel construction has begun on the nearly 3-million-square-foot factory that will mass produce Ultium battery cells and packs, the cornerstone of General Motors’ strategy to bring 20 electric vehicles to market by 2023.

The Ultium Cells LLC battery cell manufacturing facility in Lordstown, Ohio is part of a joint venture between GM and LG Chem that was announced in December. At the time, the two companies committed to invest up to $2.3 billion into the new joint venture, as well as establish a battery cell assembly plant on a greenfield manufacturing site in the Lordstown area of Northeast Ohio that will create more than 1,100 new jobs. The factory will be able produce 30 gigawatts hours of capacity annually. To put that into perspective, Tesla’s factory in Sparks, Nevada, which is part of a partnership with Panasonic, has a 35 GW-hour capacity. 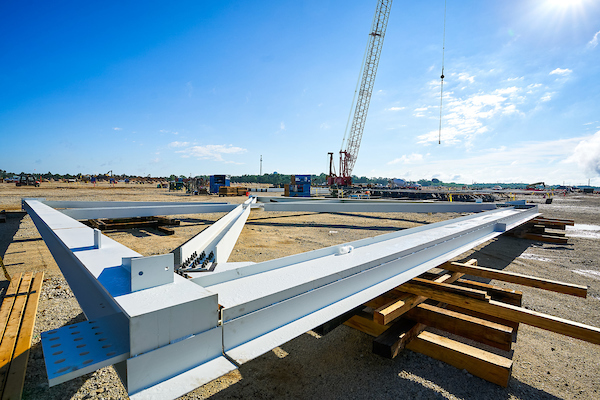 The batteries and an underlying electric architecture will be used in a broad range of products across its Cadillac, Buick, Chevrolet and GMC brands, as well as the Cruise Origin autonomous shuttle that was revealed in January. The Cadillac Lyriq EV flagship and an all-electric GMC Hummer, which will be revealed this fall and go into production in the fourth quarter of 2021, will use the Ultium battery system. GM plans to reveal the Lyriq at a virtual event August 6.

This modular architecture, called “Ultium,” (same as the battery) will be capable of 19 different battery and drive unit configurations, 400-volt and 800-volt packs with storage ranging from 50 kWh to 200 kWh, and front, rear and all-wheel drive configurations. At the heart of the new modular architecture will be the large-format pouch battery cells manufactured at this new factory.

GM broke ground at the factory site in May and has since poured the concrete footings for the facility. Steel construction will continue into fall 2020, according to GM. 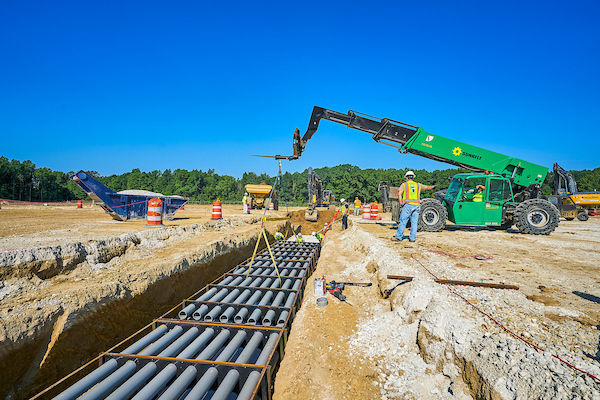 GM has used LG Chem as a lithium-ion and electronics supplier for at least a decade. The companies began working together in 2009. The relationship deepened as GM developed and then launched the Chevy Bolt EV.

This latest joint venture marks a step change for GM and a means to accelerating its EV plans, which could even involve spinning out the operations into a separate company.

“We are open to looking at and evaluating anything that we think is going to drive long-term shareholder value, so I would say nothing is off the table,” GM Chairman and CEO Mary Barra said during an earnings call Wednesday.

GM reported Wednesday a $758 million loss in the second quarter on $16.78 billion in revenue. The loss and the 53% year-over-year drop in revenue was caused mostly by COVID-19-related factory shutdowns in the U.S. However, the results still managed to beat analysts expectations.