Welcome back to Tech at Work, a bi-weekly roundup and analysis of labor, and diversity and inclusion in tech.

“There are a lot of really well-intentioned people, but they’re like, ‘Hey, put me in touch with all your Black and Latinx people,” Monterroso told me. “We have definitely gotten requests for free access to our talent pool. What we are talking through with people is even if you had access to that, your ability to make something of that is incredibly limited because the competencies needed to get people into the workforce, promote and retain them are not had by tech companies at this moment.”

Uber commits to being an anti-racist company

Uber’s track record with diversity and inclusion was especially rocky in the days of former CEO Travis Kalanick. The company’s new CEO Dara Khosrowshahi seems to recognize that, saying “you’re probably thinking that Uber is not exactly the company you’d expect to be speaking up on this front.” Still, Uber has made a number of commitments on its journey to being an anti-racist company.

But first, let’s define anti-racist. From Ibram X. Kendi’s book, How to Be An Antiracist:

To be antiracist is to think nothing is behaviorally wrong or right — inferior or superior — with any of the racial groups. Whenever the antiracist sees individuals behaving positively or negatively, the antiracist sees exactly that: individuals behaving positively or negatively, not representatives of whole races. To be antiracist is to deracialize behavior, to remove the tattooed stereotype from every racialized body. Behavior is something humans do, not races do.

Here are some of the most notable of Uber’s commitments:

Related: This past year marked the most interest in anti-racism in the last five years, according to Google Search Trends. 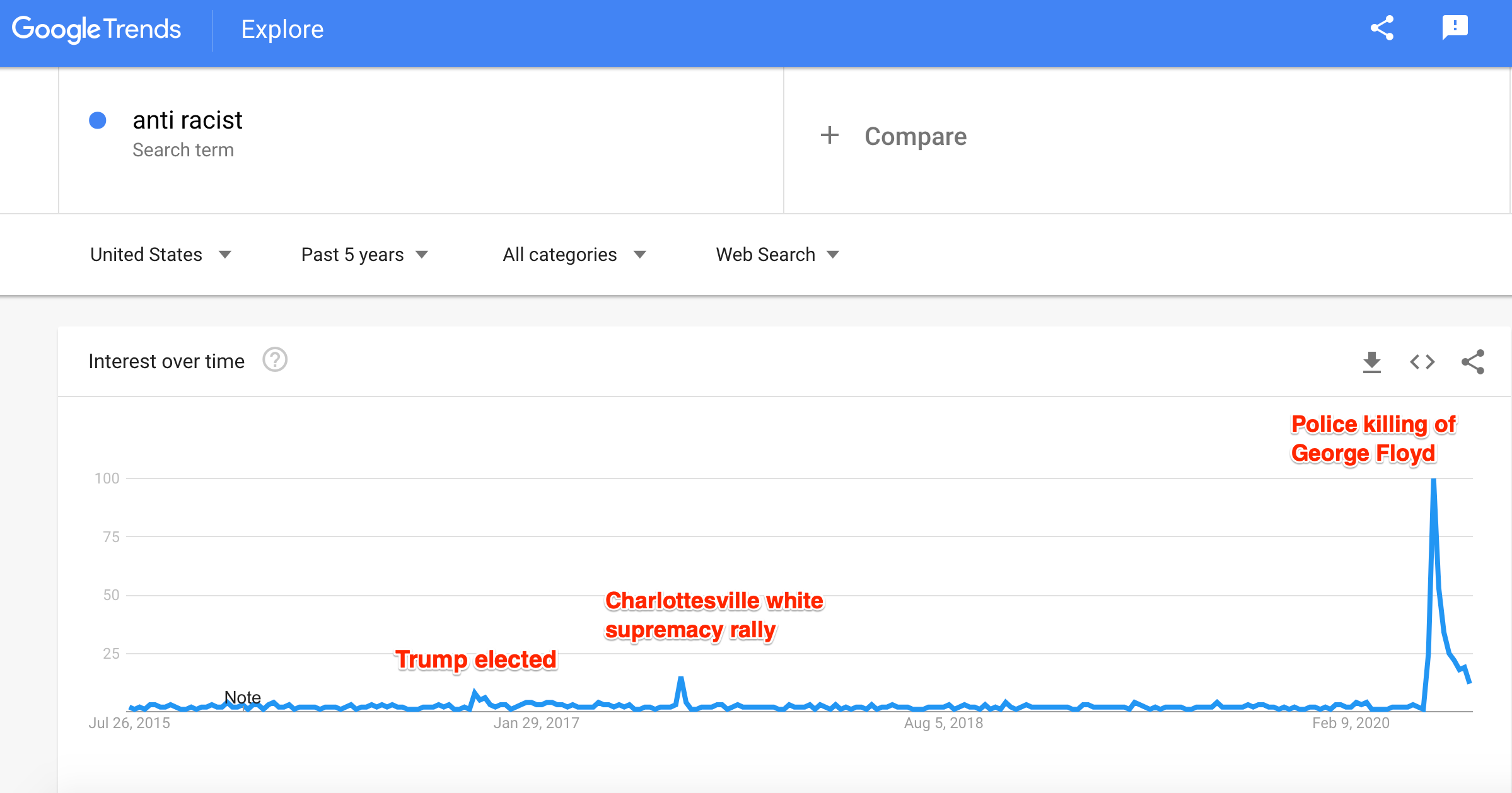