The founders of the alternative dairy protein manufacturer, Perfect Day, have joined with a longtime product developer in the dairy industry to create a new sustainably focused consumer food company called the Urgent Company.

It’s also the first indication of how Perfect Day will deploy some of the massive amounts of money it raised since it closed on its mammoth $300 million funding round led by the Canadian Pension Plan Investment Board with additional commitments from Temasek and Horizons Ventures.

“What I was doing there was actually looking at new business ventures,” said Kollessoff. “I met the guys three years ago when we were doing some flavor work with them.”

The conversation ended there while Pandya and Gandhi built up Perfect Day, but around three months ago the two founders reached back out with idea for a new consumer food company, based on the latest in plant-based, or genetically modified proteins (including their own), that also used the latest in packaging technology, logistics, and other technologies to reduce the entire carbon footprint of a CPG company.

“It’s not that we are trying to create a company that’s going to commercialize Perfect Day proteins,” said Pandya. “There are so many other things across the value chain of food that need to be improved and modernized including all of the things around how a food gets to the consumer.”

So Brave Robot’s commitment to sustainability extends beyond the use of alternative proteins to replace animal husbandry and the particularly ecologically disastrous dairy industry and its cows. “There’s a load of exciting stuff going on in ingredient innovation and packaging innovation,” said Kollessoff.

Those innovations help The Urgent Company not only become more sustainable, but give the company the ability to move products into the market more quickly, according to Kollessoff.

With only eight full-time members of the Urgent Company staff it managed to shepherd its ice cream business from inception to product launch within a three-month timeframe according to Kollessoff. 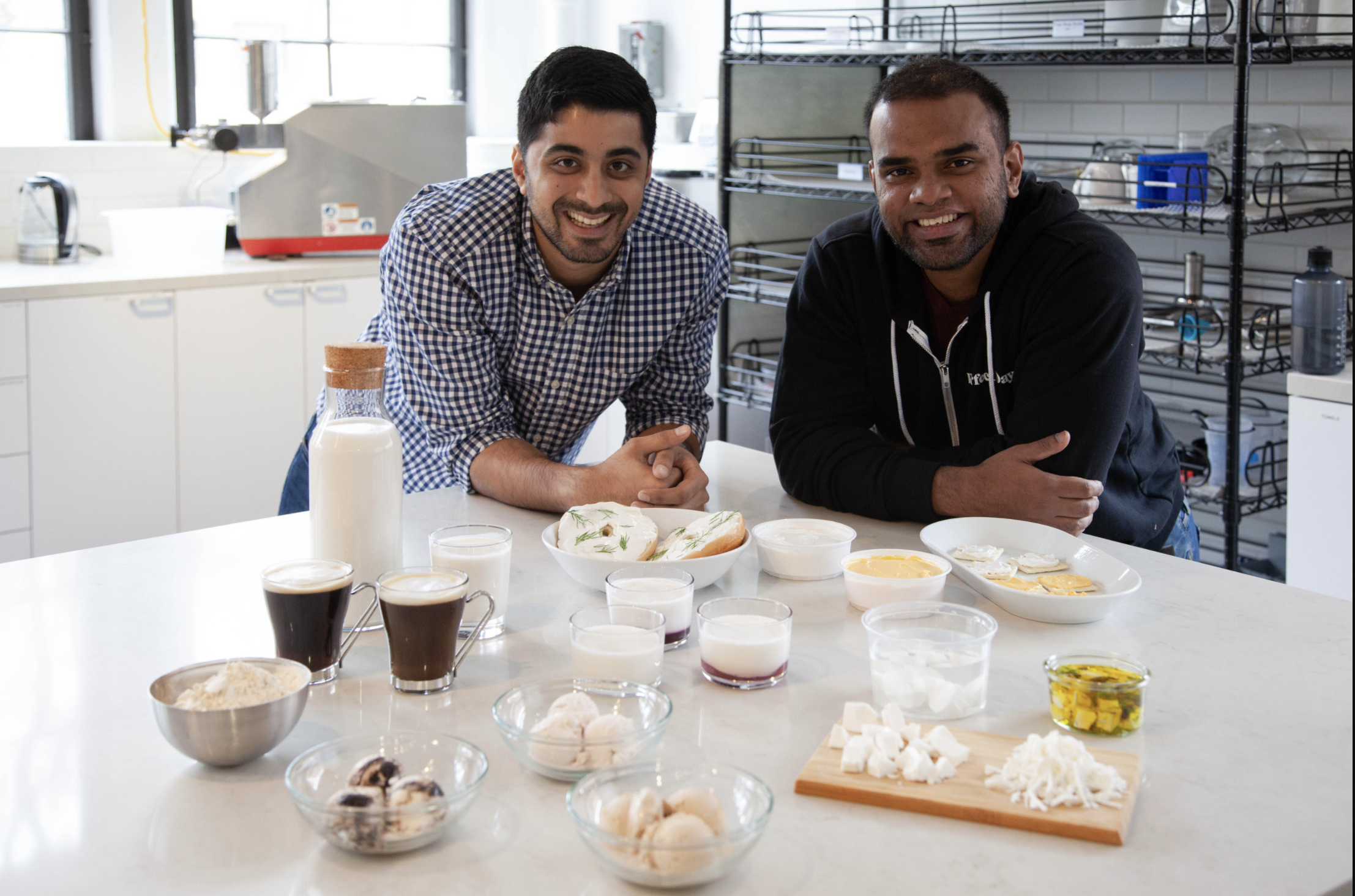 So Brave Robot will be launching with a direct to consumer pitch for its dairy-replacement pints of ice cream for a $5.99 price point. Initially available to customers in the California region, any number of buyers are talking to the company, Kollessoff said. “We’ll be on store shelves through the next month. Working with a national broker… we will have a direct to consumer platform as well.”

Before anything could happen with bringing a product to commercial scale, Kollessoff said he had to go through a rigorous process of testing the product — with his kids. At one point, there were 400 pints of ice cream in the Kollessoff freezer. He and his team whittled the initial over thirty flavors of ice cream and settled on a core group of eight.

“We wanted to create something that is bigger and broader in vision that can bring innovation across the board,” said Gandhi of the drive to build another business with a broader scope than Perfect Day. “What Perfect Day is focusing on …we made cow 2.0… we’ve reimagined the cow… [but] we want [The Urgent Company] to use any protein on planet earth.”

Part of the reason why the company is so unfettered is to encourage speedy experimentation for the simple reason that there’s not much time to take the steps needed to slow down — and ideally reverse — climate change.

“You only get so much time on earth… and we wanted to do more… That’s why it’s called the urgent company.. [because] let’s hurry the fuck up world.”