The streets of Koramangala, one of the largest neighborhoods in Bangalore, are plastered with hoardings and banners of digital payment services. Every few steps, you find a bank, and offices of fintech startups.

But when Mohammed Nayeem wanted to get a credit card, he realized his options were limited. He applied for a credit card at RBL Bank, a Mumbai-headquartered bank that has been around for more than 70 years. In the days that followed, he answered many of their questions over phone calls and provided them with a number of documents.

The calls kept coming, but the card never did.

Nayeem works as a freelance interior designer and earns an average of $580 each month, he told TechCrunch in an interview last year. Though this is more than enough for most banks in the nation to issue him a credit card, the fact that he does not have a traditional kind of job was off-putting to all of them.

Tens of millions of people like Nayeem in India today can’t get a credit card. They have lived much of their lives on debit cards and with little to no credit score. There are close to 1 billion debit cards in use in India today, but only about 50 million credit cards in circulation. Even as scores of startups today are trying to bridge this gap, very few are serving the young demographic.

Eventually, Nayeem came across a startup called Slice, which provided him with a Slice Card that for all intents and purposes serves as a credit card. For more than a year now, he has been using Slice’s offering, and his experience has been “wonderful,” he told TechCrunch.

Slice offers a prepaid card that comes with a pre-approved credit line, Rajan Bajaj, co-founder and CEO of the four-year-old startup, told TechCrunch in an interview. The Koramangala-headquartered startup focuses on people like Nayeem — young demography comprising mostly of students, freelancers, startup employees and blue-collar workers. 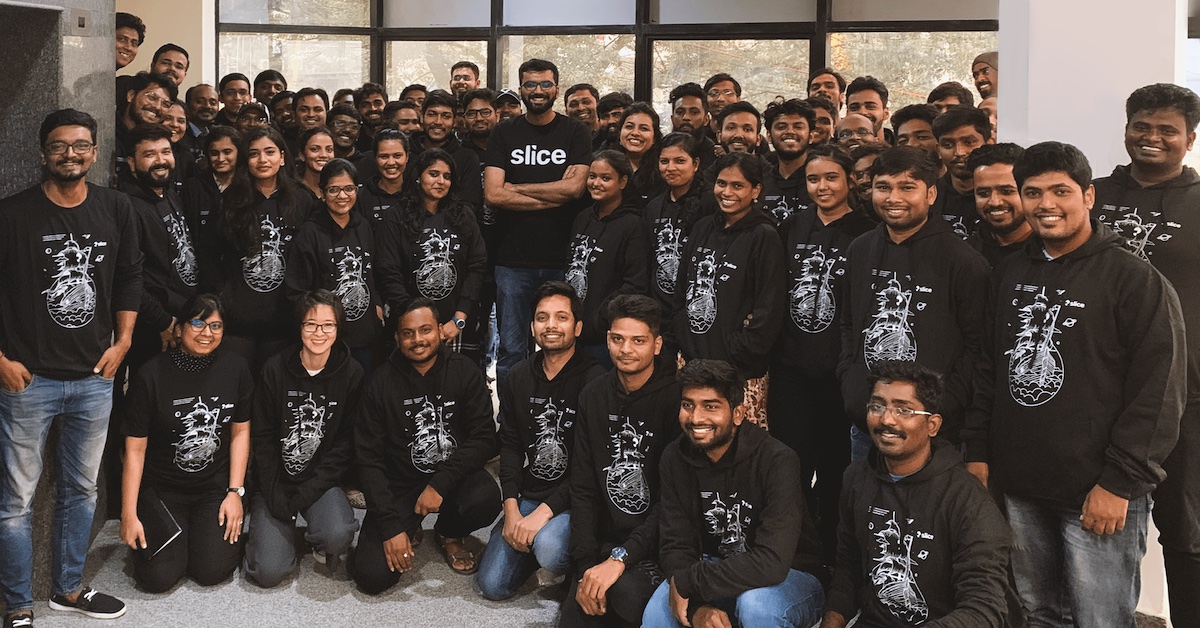 But giving these users a card is only part of the value proposition. The biggest attraction perhaps for users is that they are able to build credit scores, which would eventually make them eligible for better credit cards from other firms and banks, and enable them to secure loans for various purposes. In about six months with Slice, most users have a credit score of more than 700, said Bajaj.

The startup also offers users the ability to secure a small sachet of loan products and pay them at zero-cost interest and track their expenses.

On Thursday, Slice announced it had raised $6 million in a pre-Series B financing round. The round was led by Japan-based Gunosy, while the U.S.-headquartered EMVC, Kunal Shah of CRED, Better Capital and existing investor Singapore-headquartered Das Capital participated. It also counts Blume Ventures, Traxcn Labs and China’s Finup among its investors.

Bajaj said Slice plans to deploy the fresh capital to expand its reach. It plans to reach 500,000 young customers in the next year.

Raising capital at the height of a global pandemic is a testament to Slice’s technology to determine the creditworthiness of customers and its underwriting methodology, he said. But Bajaj cautioned that he expects to see slightly more defaults in the coming months due to local conditions and new rules.

But for Slice, formerly known as SlicePay, that figure would still remain below 5%, and the startup, which has been profitable since last year, is well positioned to navigate it.

“We believe slice has a sustainable advantage as it has decoded young credit users’ demands and has built a deep understanding of credit risk and low-cost distribution using technology,” said Yuki Maniwa, director of Gunosy, in a statement.