The “Stories” format popularized by Snapchat is now commonly used across social platforms. Today, there are Instagram Stories, Facebook Stories and YouTube Stories, for example. Even Twitter and Spotify are testing the concept. Last year, Pinterest also joined in by experimenting with a feature called “Story Pins,” which allowed creators to share their ideas in a Stories-like format. These Story Pins could contain multiple pages of text, images, video and links, but the new format never launched to the public. As it turns out, the product has not been scrapped. It’s been revised.

Pinterest in April invited an expanded group of U.S. creators to test a new, second version of Story Pins, this time focused on offering “inspirational content” to uplift Pinterest users amid the coronavirus pandemic.

In a message shared with testers, Pinterest explained that people were “looking for positive messages and inspiration” and how creators, now more than ever, could help deliver that content.

Unlike Stories on other platforms, which are often self-focused snippets from someone’s life, Pinterest Stories Pins are designed as clickable content focused on sharing ideas.

For example, Story Pins could offer a step-by-step guide to cooking a recipe or creating a craft project. A Story Pin could also offer ideas around how to reorganize your home office, keeping the kids entertained, beauty tutorials and more.

This sort of content has been popular on Pinterest while U.S. consumers were stuck at home under coronavirus-induced government lockdowns. Pinterest said in April searches for “home office” had spiked 70% over the past few weeks, for instance. And searches for recipes, baking ideas, kids’ education, crafts, gardening and more have also regularly trended.

Pinterest isn’t alone in understanding consumer demand for this sort of content. Both Google and Facebook launched apps in recent weeks dedicated to creating content around crafting and DIY projects with the launch of Google’s Tangi and Facebook’s Hobbi, from the companies’ respective R&D divisions. TikTok, meanwhile, is continuing to capture users’ attention — including in areas like arts and crafts, DIY projects, cooking and more that had previously been Pinterest’s territory.

Though Pinterest had tested its Story Pins feature in 2019 in markets like the U.K., Germany and elsewhere, the new version being trialed in closed U.S. beta has seen some changes.

The current version now offers a native experience where all the content will live within the Story Pin itself instead of linking off-platform. This is in response to early feedback from Pinners who said they didn’t want to have to leave the Pinterest app to complete a project.

The Story Pin is also paired with a revamped ecosystem designed around Story Pin discovery, allowing Pinterest users to find the Pins in new places like Pinterest’s Today tab, for example.

In addition, the latest version has added more creative editing and publishing features, like topic tagging, color customization and support for video.

These changes are notable as Story Pins now create first-party content for Pinterest itself. They fall somewhere in between longer-form blog posts and the shorter, ephemeral content found on other companies’ Story platforms.

One tester, @whimchic on Twitter, was among the first to publish screenshots of the updated experience back in April, after receiving an invite to the closed beta test following their participation in user research surveys.

Pinterest confirmed to TechCrunch that version 2 of Story Pins began testing with more U.S. creators starting in April, but notes the product is still not generally available. Creators cannot ask to join the beta, either — they’re only allowed in if Pinterest directly invites them. 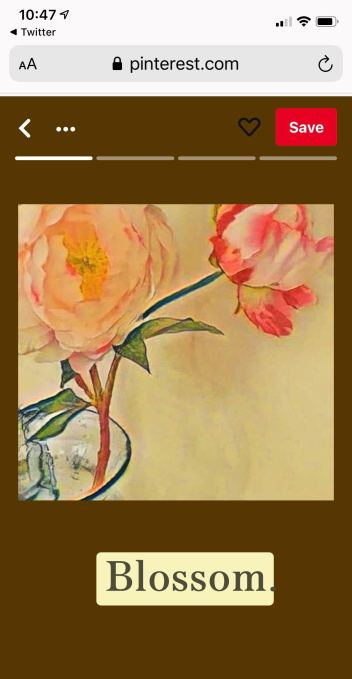 “Content creators are the heart of Pinterest and have always been a core part of the platform, as they provide the inspiration that millions engage with every day. We’re always testing new ways to respond to creator feedback and give them more tools to bring their ideas to a growing audience,” a Pinterest spokesperson said.

“As such, we’ve been testing a new Pin format, Story Pins, that enables creators to develop longer-form content with videos, images, and text. Story Pins give creators new editing and publishing capabilities, as well as options to include how-to instructions for ideas like recipes, DIY projects and beauty tutorials, that Pinners can then discover and save to their own boards,” they added.

Pinterest says the test with U.S. creators is ongoing and it will have more to share around Story Pins’ availability in the coming months.