In one Atlanta suburb, finding and returning an electric shared scooter will be taken care of by teleoperators some 1,700 miles away in Mexico City.

Riders in the enclave of Peachtree Corners will be able to use an app beginning this week to hail a GoX scooter equipped with tech from teleoperations startup Tortoise. Using the Go X Apollo app developed by GoX, riders can have the scooter cruise on its own to their location. After riders complete trips, the scooters will drive themselves back to a safe parking spot. From here, GoX employees charge and sanitize the scooters and then mark them with a sticker that indicates they have been properly cleaned.

These scooters are not truly autonomous, however. Instead, Tortoise’s teleoperators are able to remotely control the scooters thanks to its operating system and other modifications, such as an extra set of wheels that make it easier to maneuver the micromobility devices.

The six-month pilot, which is done in collaboration with GoX, Tortoise and local tech incubator Curiosity Labs, makes this the first fleet of teleoperated electric scooters available for the public in the United States. 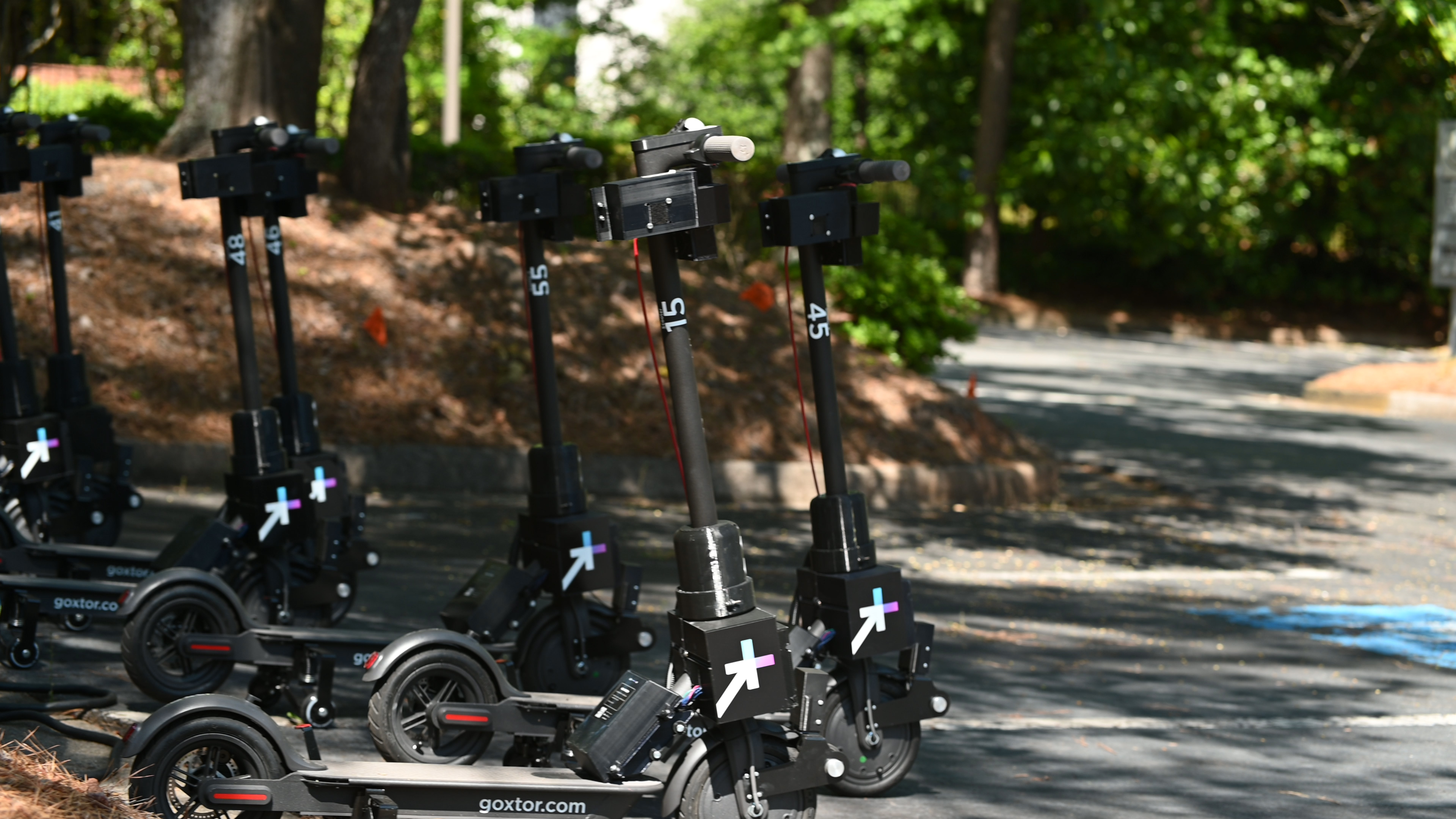 The COVID-19 pandemic, which wiped out public transit and shared micromobility ridership, has made Tortoise co-founder and president Dmitry Shevelenko more convinced and bullish than ever on scooter teleoperations.

“The pressure on unit economics is even greater now than it was pre-COVID,” Shevelenko said. “A use case that we had never really thought about before is the ability to disinfect vehicles throughout the day and that now feels pretty essential.”

The traditional shared scooter business model relies on gig economy workers to pick up and charge the devices. With the constant shuttling, scooters wear out more quickly. And they’re certainly not cleaned after every use.

“An important goal for us was to ensure that residents can enjoy the convenience of using e-scooters, while creating a world-first in efficient, organized and advanced micromobility — right here in Peachtree Corners,” said Brian Johnson, city manager of Peachtree Corners.

The pilot also marks a bit of a coup for Tortoise. Peachtree Corners passed an ordinance mandating that all shared micromobility devices must be capable of automated repositioning in an effort to reduce clutter on sidewalks that have plagued other cities with dockless scooters.

“We didn’t even ask for this, it was just the city that did this on their own,” Shevelenko said.

This kind of mandate might become more common as city officials try to control scooter deployments. For instance, King County, which is home to Seattle and Bellevue, specifically called out remote repositioning as a technology that if an operator were deploying it, they would receive more points in their scoring mechanism to determine what companies receive permits.

“So it’s great to see cities embrace this technology right as it matures,” he said.