Deskless workers make up 80% of the global workforce, but to Desmond Lim, that job title is his entire world.

Lim grew up in Singapore and saw his father wake up every morning, six days a week, at 5 a.m. to start his job as a driver. Lim and his mom, who worked as a cleaner, joined his father from time to time in the van. Lim realized there needed to be an easier way for hourly, or deskless, workers to find jobs quickly.

Lim is the founder of Workstream, an end-to-end software solution to help small-and-medium businesses fill open positions. Today, the startup announced it has raised a $10 million Series A round, bringing its total known financing to $12.5 million. 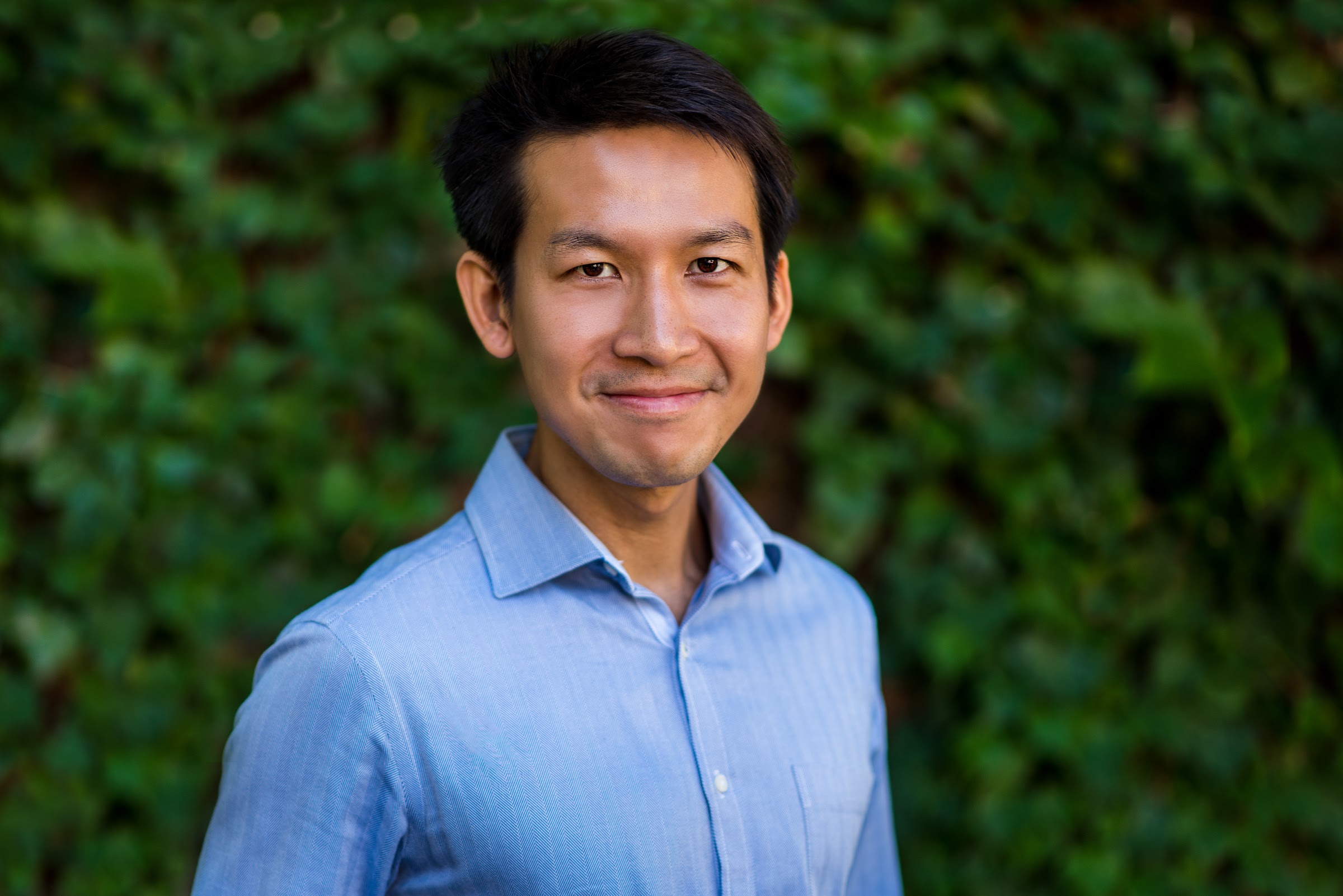 The Bay Area-based company’s core customer is hiring managers in industries that have large turnover, like hospitality, restaurant, supermarket and delivery businesses.

Workstream automates a lot of the processes that usually take place over the span of a few weeks. The company says its technology can help businesses save 70% time on hiring. It also adds transparency, so instead of a job-seeker walking into a Target, filling out an application and hoping for the best, it provides a platform to make conversation between seekers and employers more accessible.

There are two parts to Workstream’s product. First, job-seekers can turn to the platform for the entire job searching process, from open gigs to onboarding once they secure the job. A free one-stop shop to look for reliable jobs tackles the challenges Lim’s father faced back in Singapore. The job seeker dashboard also has built-in reminders to make sure users can stay on top of interviewing. 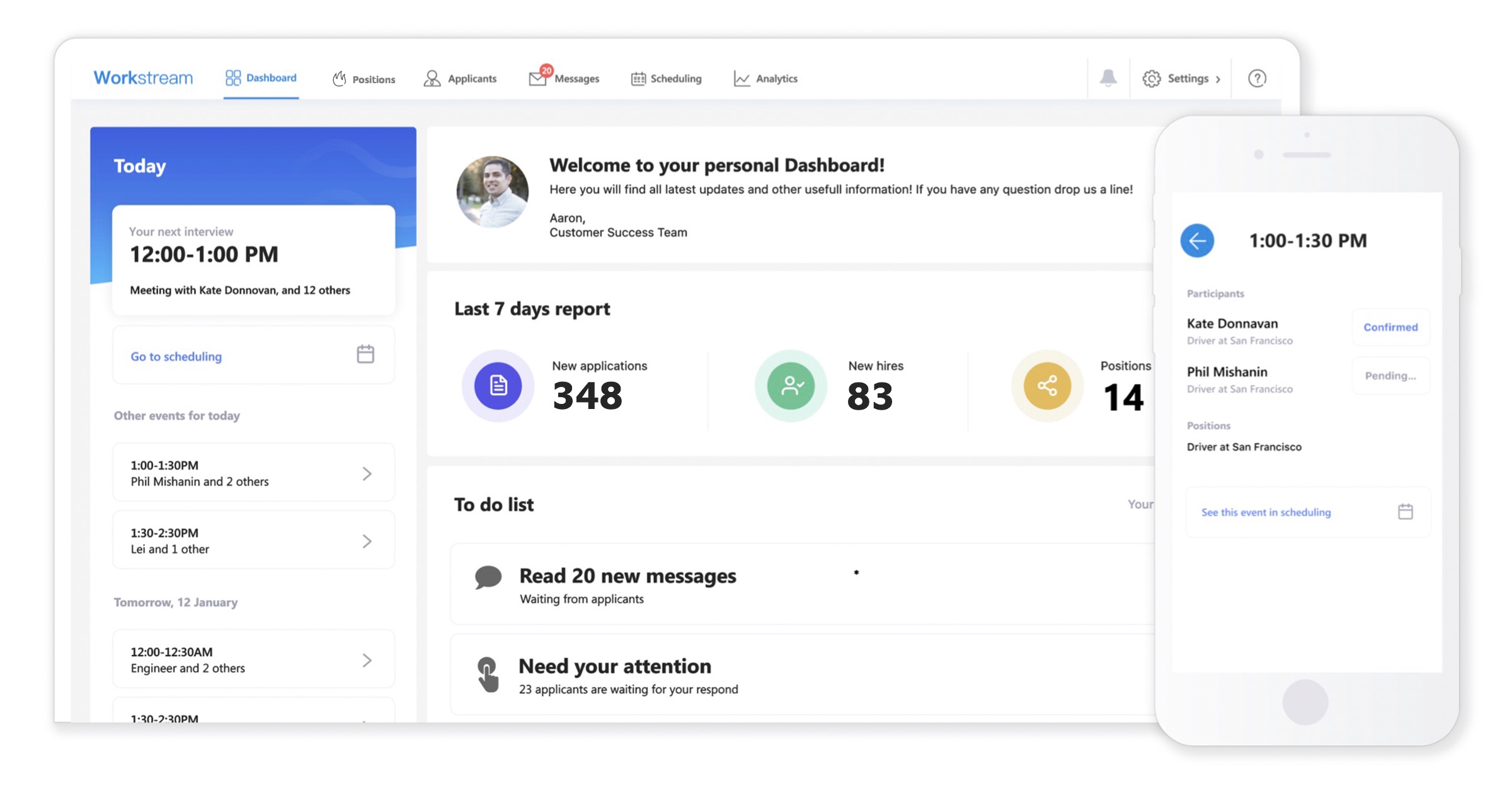 The other part of Workstream’s business tackles the employer side. Businesses with high employee churn struggle to find reliable talent that doesn’t ghost on them. An employer can post to as many as 24 local job boards with one click, as they are integrated with Workstream. Workstream helps employers communicate more directly with potential hires through real-time messaging, video conference integration and text message reminders about topics like interview timing and paperwork.

A critical feature of Workstream is that it focuses on communication with workers through text messages instead of e-mails. Front-line and deskless workers are often the most disconnected members of the global job force due to a lack of access to company-issued e-mail addresses, and to be frank, time on their hands. Individuals who are spending long stretches of time on the go need to give real-time updates in a low-tech and inclusive way. The digital divide is real, and Workstream’s focus on mobile-based text messages can get employees hired within the same day.

An example of this in action is that anytime an applicant applies for a job, they get a text message from the employer that has additional information. The text might include background in culture or additional questions in the form of multiple choice. Questions are tailored specifically for the busy and often stacked lives of hourly workers, focusing on metrics like distance from work and ability to access reliable transportation. 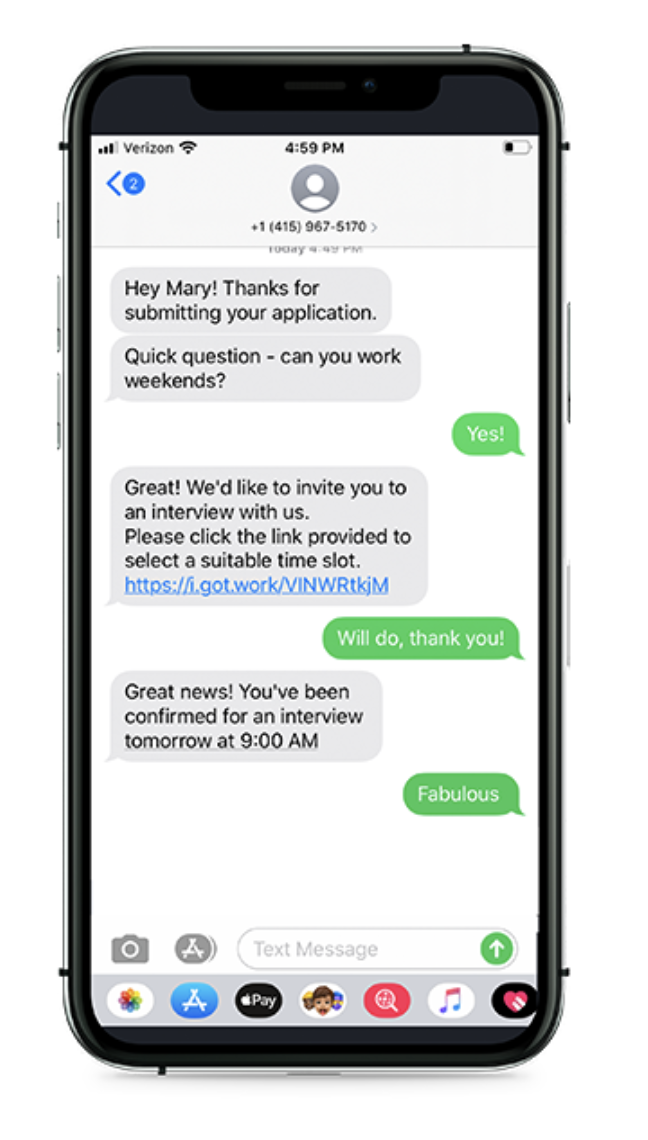 The company charges employers a fee based on how many hires they make per year and what features they choose to enroll in.

While Workstream is entering the crowded space of recruiting platforms, it might be able to win simply because of its focus: local businesses. The company noted that many hiring platforms coming out of Silicon Valley are built for knowledge workers, like Lever or X. In contrast, Workstream’s focus on local businesses is tailored an inch wide and a mile deep. Ethos-wise, it is a nod to Lim’s childhood spending hours in his father’s van.

Local businesses are not dealing with as many customers right now due to shelter-in-place orders due to COVID-19. Because small and medium-sized businesses have more time on their hands, Lim says they have been more open during client calls to try new software, contactless hiring and video messaging. The startup currently has 5,000 hiring managers it works with, including franchise businesses like Jamba Juice and Dunkin’ Donuts. The company is finding inbound interest from medical and manufacturing companies, too.

“We’re getting a lot fewer people saying that they don’t know how to use video conferencing,” Lim said. “They’re rethinking their systems.”

These factors helped the company, which landed an impressive group of investors and closed the round before the pandemic slowed funding.

While stacked rounds have their ups and downs, an all-star group of firms is a helpful credit to have for founders who don’t necessarily come from traditional Silicon Valley networks, like Lim.

The company did not disclose valuation, revenue or profitability with this new financing round, but said investors have been telling the startup to spend more money and reinvest in growth.

The advice is a stark contrast to what we’ve been hearing from investors these days amid market turbulence and pleas to extend the runway. And perhaps that means that Workstream’s business can afford to bet on itself, the market be damned.