Locatee, a Swiss startup that uses existing sensors and IT infrastructures to provide employers and commercial real estate owners with detailed data about how their spaces are utilized, today announced that it has raised a $4 million Series A funding round led by San Francisco-based FYRFLY Venture Partners and Zurich-based Tomahawk VC.

“We started the company based on the experience we had with the big banks,” Locatee CEO and co-founder Thomas Kessler told me. “As users, we were introduced to this new world of working. You can work from any place. You can work from Starbucks. You can work from any area. And in the office, I did not have my own desk anymore. I could choose between meeting rooms, focus areas and so on. But that also has some challenges for managing the space.”

Corporate real estate managers often don’t understand how their buildings are utilized these days because they simply don’t have the tools to gather this data. As a result, they overprovision their office spaces and large chunks of it remain empty — which organizations then unnecessarily pay for. 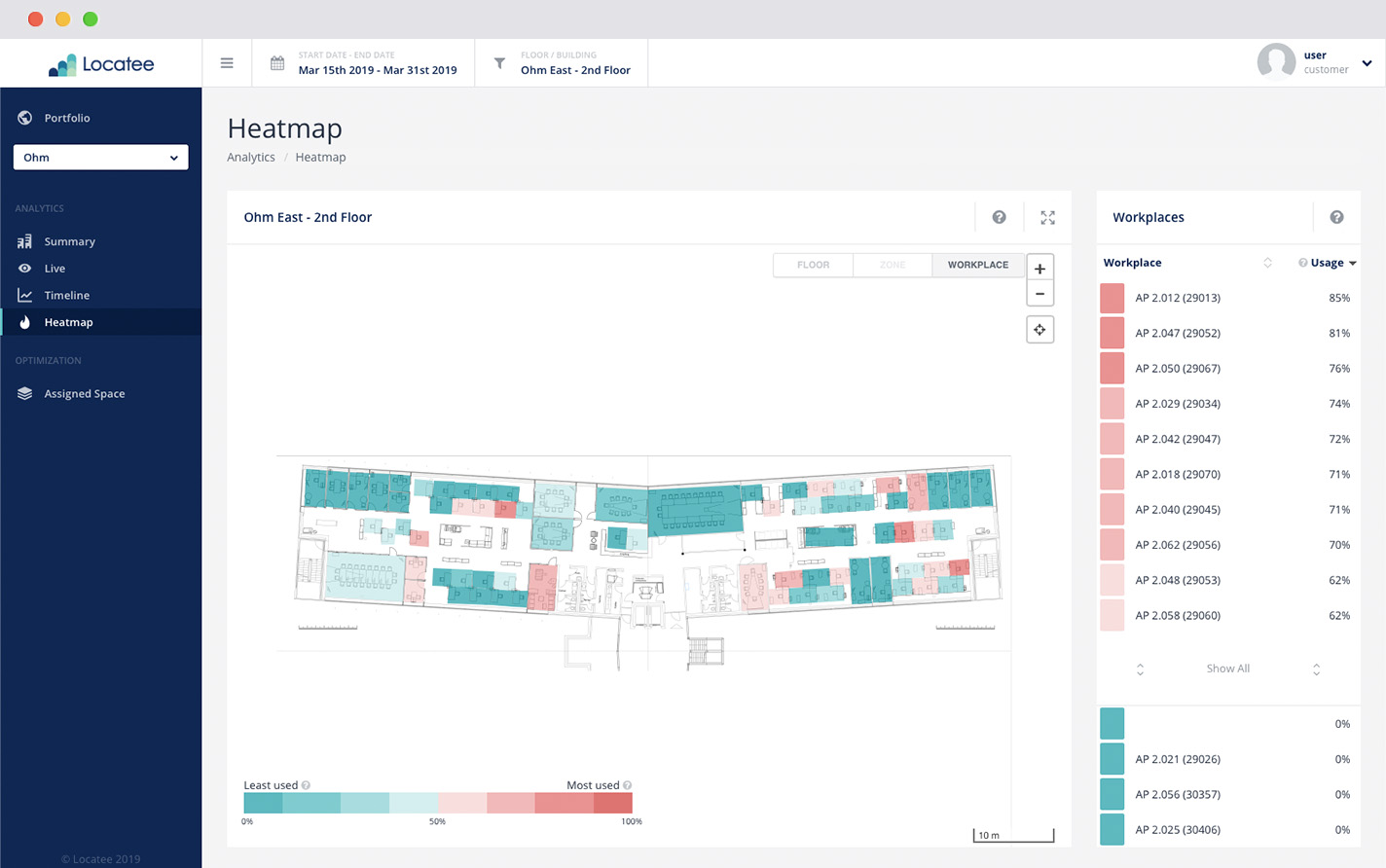 What makes Locatee stand out from similar players in this space is that it integrates with existing motion sensors inside a building and other data sources, like Wi-Fi networks. For Swiss Re’s Munich office, for example, Locatee was able to work with NetCloud and integrate with the existing Cisco network infrastructure. Thanks to the data it gathered, Swiss Re was able to reduce its local office space by 10%, which Locatee says allowed the company to save about €290,000 per year.

On top of the core data analytics, Locatee also offers a number of other tools, ranging from smart signage for meeting rooms and workstations, for example, to desk finders for workers who now (or at least once they return to their offices) are often not working from a single, pre-assigned cubicle every day but who roam around a building and work from a different spot every day.

As Kessler stressed, Locatee approached its first customers by trying to understand their use cases, not by trying to sell them technology. One of Locatee’s first customers was Biogen, but today, it also calls Swiss Re, Johnson & Johnson and Zurich (the financial services company, not the city) among its users.

Locatee’s data is anonymized and Kessler argues that employees don’t tend to worry about being tracked. “[Employees] have a benefit,” he said. “They have an app, for instance, where they can see available meeting rooms and desks. And they can see where colleagues are — on an opt-in basis. So it’s more like a ‘share your location’ feature like in iOS Messenger or in WhatsApp.” 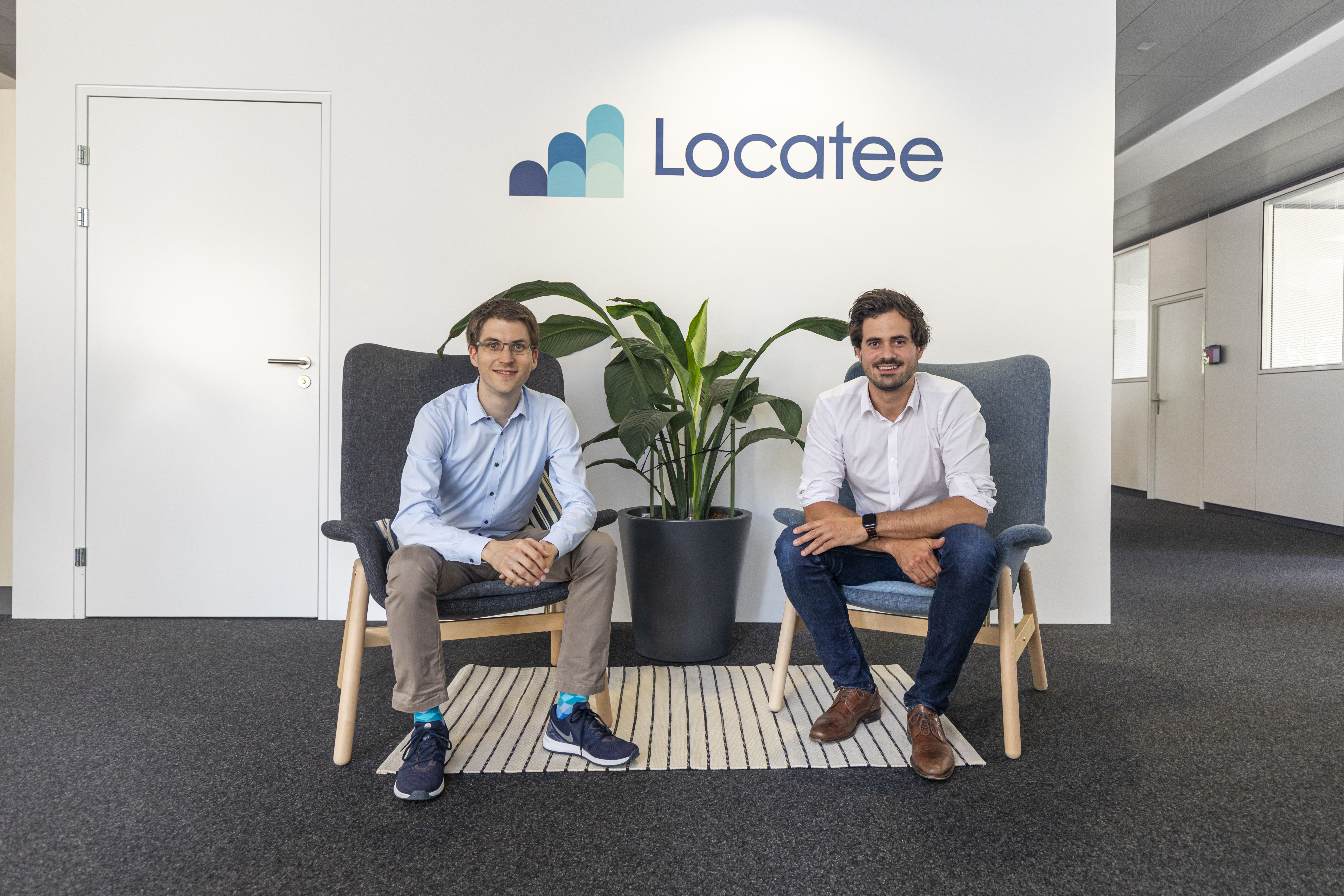 With that kind of momentum, Kessler told me, finding investors was relatively easy — though it surely helped that the company closed this raise before the coronavirus pandemic hit Europe.

“Locatee’s vision to transform how space is used will ultimately elevate the quality of life for employees and can also contribute significantly to sustainable development goals,” said Philipp Stauffer, co-founder and managing director at FYRFLY Venture Partners. “Office space is only one component and increasingly all ‘work points’ matter for productivity optimization. A quantitative approach to space optimization and productivity holds both significant top- and bottom-line potential for large global organizations. Furthermore, aggregated data can help predict larger market trends, which is exciting to us.”

The company says it wants to use the new funding to become the “Google Analytics of office buildings.” And while its technology could also be used in other environments, Kessler says he wants to focus on office space for now. “There is still a lot of wasted real estate that needs to be optimized,” he said. 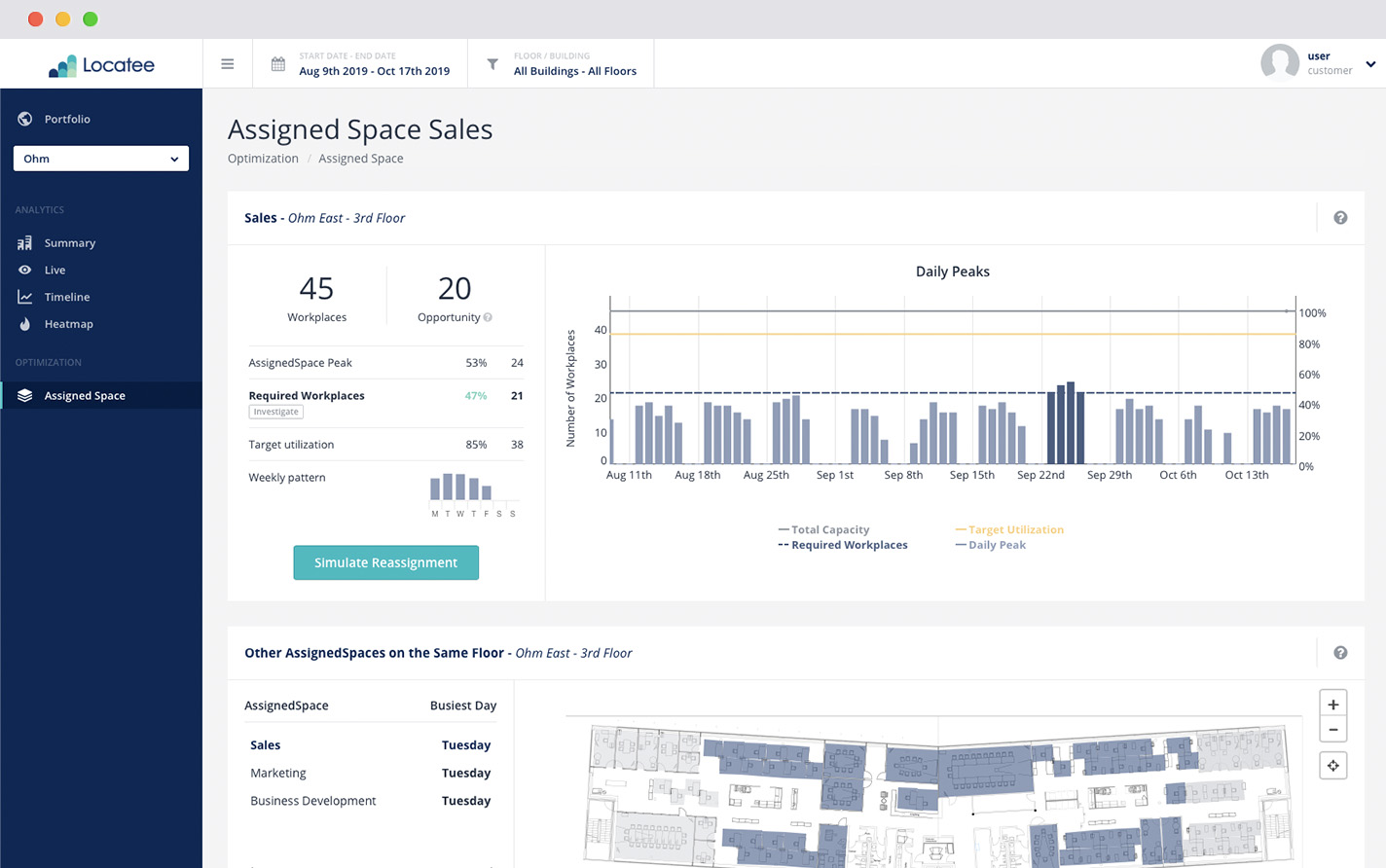