Cutting the cord with cable or satellite TV used to mean a cost savings. But with the growing number of streaming services on the market, many consumers are finding that becoming a cord cutter is just as expensive, if not more so, as being a pay TV customer. As a result, many consumers continue to “borrow” a friend or family member’s subscription. According to a new study by Cordcutting.com, there are now more than 44 million U.S. adults who are “mooching” a streaming service subscription today. 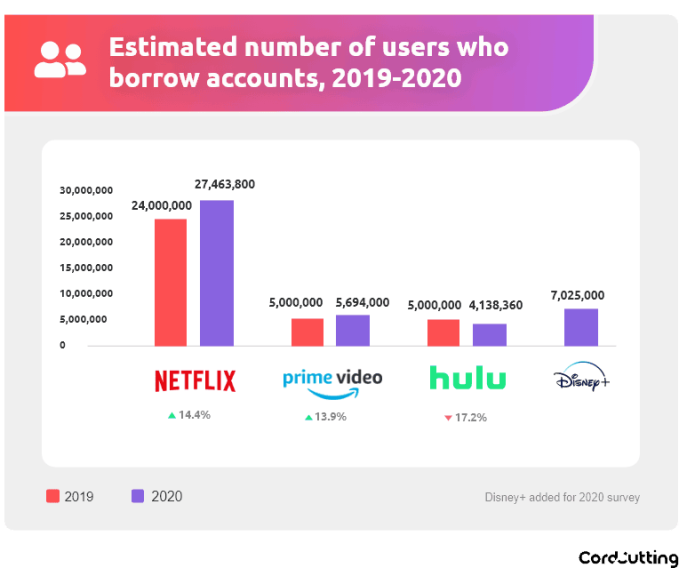 Specifically, the number of moochers is going up for both Netflix and Amazon Prime Video, but is declining slightly for Hulu.

The streaming services haven’t yet cracked down on password sharing, despite the potential revenue loss attributed to mooching.

For example, if Netflix were to charge everyone who’s mooching for their own account, it could generate a estimated $356 million in additional membership fees per month. Combined, the top four streaming services — Netflix, Prime Video, Hulu and Disney+ — could generate $2.72 billion in revenue from subscription fees if they were able to get all their moochers to pay. 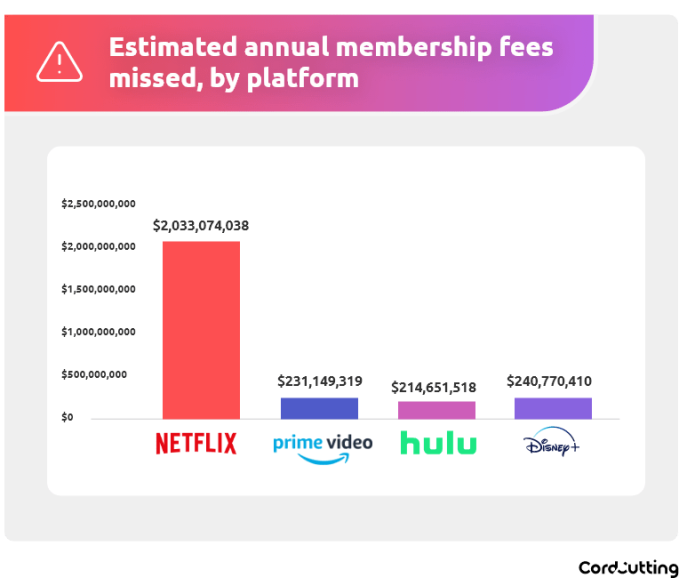 In reality, though, not everyone borrowing a subscription would pay if access was taken away.

The study found that only 47% of Netflix moochers said they would buy a subscription if they lost access, followed by 41% of Disney+ viewers, 38% of Prime Video viewers and just 36% of Hulu viewers.

The streaming service operators often see these halfway-committed consumers as in the process of being addicted to their content, which may translate to their own subscription in time — when they ween themselves off mom or dad, for example, or get a better-paying job.

In most cases, moochers are borrowing an account belonging to their parents, the study found. Others borrow from siblings or a partner, and, in a few cases, some moochers are still streaming from an ex’s account. 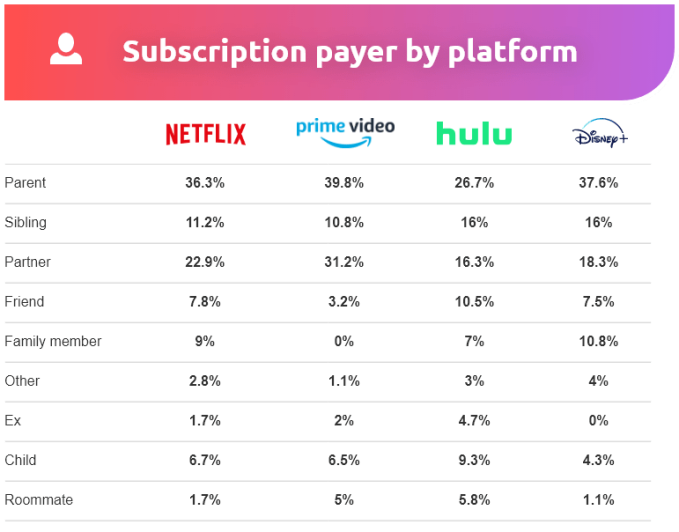 There are even apps designed to make mooching easier. For example, Do Not Pay in March launched an extension designed to share Netflix passwords with friends. An app called Jam is preparing to launch its own questionably legal password-sharing service, too.

Despite the sizable number of moochers today — 44+ million up from 34+ million in 2019 — the overall percentage is declining, the report found.

Compared with its 2019 survey, the percentage of moochers has dropped to 11.6%, down from 17%. The change was largely attributed to declines in those sharing Amazon Prime Video credentials.

As it turns out, many Prime Video moochers have since turned into Prime members, where Prime Video is included. Over the past couple of years, Amazon has added some 50 million new subscribers to its membership program, which now tops 150 million worldwide. With built-in access, these new members no longer need to mooch.

Of course, the number of moochers may change as the impact of the pandemic and unemployment play out.

One thing we do know, however, is that COVID-19 has sent streaming skyrocketing.

Nielsen recently reported streaming was up 36% between February and March, with the average person watching doubling the amount of streaming video compared with the same time last year.

Cordcutting.com’s analysis estimates there are now 142.5 million streaming consumers in the U.S., and now 34% — or 63.4 million — have fully cut the cord with pay TV. That’s up 4 percentage points since its last survey in 2019. Gen Z is the most likely demographic to have cut the the cord, as 45% are streaming-only customers, while just 17% of Baby Boomers are. 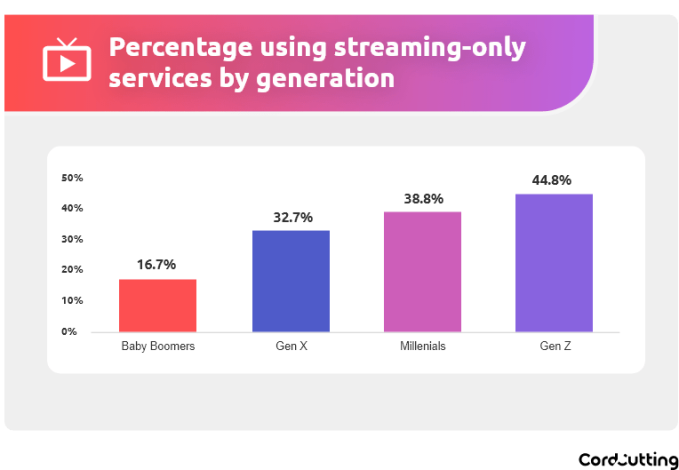 Netflix continues to be the most popular, followed by Prime Video, Hulu, then newcomer Disney+. 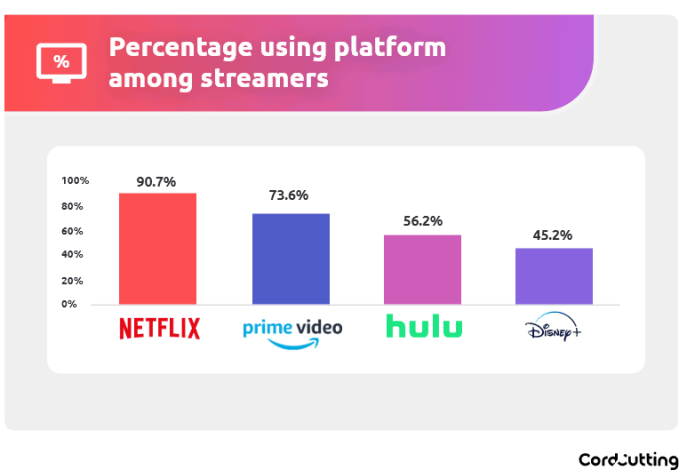 The full report is here.