Astronauts may make a second home of space, but even they have a first time going up. NASA is hoping to better prepare its crews for the challenges of space by sending them on suborbital flights from the likes of Virgin Galactic and Blue Origin — suggesting a potentially huge new market for the nascent private spaceflight industry.

“That’s a capability we as a nation have not had until recently,” he said, in remarks reported by Space.com.

Indeed, it is not entirely clear we have it even now. Virgin Galactic and Blue Origin have both demonstrated suborbital flights that have skimmed the very verge of space, but test flights and commercial flights to order are very different.

Virgin Galactic touches the edge of space with Mach 2.9 test flight of SpaceShipTwo

While Virgin is already selling tickets, there’s no date set for the first flight with passengers. That flight will likely be this year, but without a reliable schedule and record of successful missions it’s hard to say that the capability is anything but aspirational at present. That’s the nature of space travel — 99% of the way is still nowhere.

Still, it seems inevitable that Virgin, Blue or another provider will, some time in the next few years, offer suborbital flights with space for payloads and passengers. That’s something NASA seems hot to take them up on.

It’s rather strange, but equally inescapable, that astronauts have to do all their training here on Earth. They can do all the simulators, “vomit comet” flights and pool training they like — but in the end, the only way to experience space is to go there. 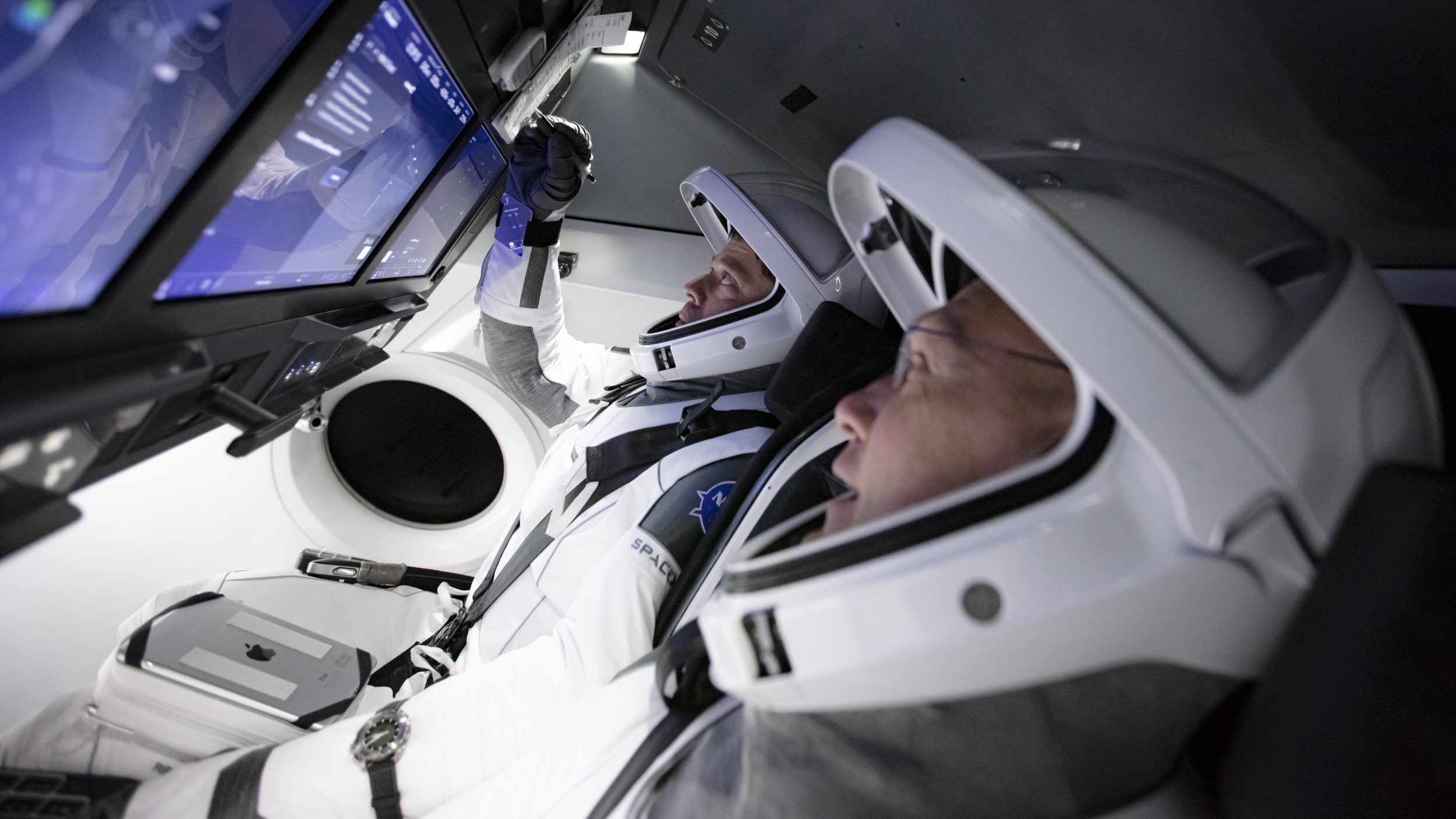 Astronauts Bob Behnken and Doug Hurley, who will fly in the first Commercial Crew demo mission to the ISS, operate a simulator of the Crew Dragon capsule.

Until quite recently that meant getting on top of a hundred-million-dollar rocket and going up to the ISS, or in earlier days to the Moon in an orbiter or lander.

There’s very little one can do to prepare for that, but among those few things is going to space more cheaply and temporarily. That’s what suborbital flights make possible.

The rocket-powered ascent out of the atmosphere and resulting minutes of weightlessness are a suitable venue for training, testing and other operations that might otherwise have had to take place in orbit. And that’s what NASA is hoping will take place — though no contracts have been signed just yet.

Although the first few suborbital flights from these providers were practically guaranteed to sell out, space tourism isn’t a proven industry and events like the present pandemic and inevitable economic downturn afterwards may in fact have a serious impact on such high-ticket items (or the ability to provide them). So the prospect of regular government contracts is almost certainly a huge relief to any company aiming to provide or support suborbital flights.

“This is a big shift for NASA, but it’s an important shift,” Bridenstine said. The shift is not simply relying more on private industry, which government programs have done lately, but using private flights as official training. He indicated that the flights would need to be extremely safe, though not quite to the same standards as flights to the ISS.

More training and testing, but on flights not actually run by NASA, would increase preparedness for new missions, speed up readiness and reduce complexity of existing programs that rely on NASA-flown missions for those capabilities. I’ve asked the agency for more information on this topic and will update the post if I hear back.