As recently as a year or two ago, the idea of a $900 starting price for a OnePlus device would have seemed, at best, fanciful. The company built a name for itself with a series of flagship quality devices at a mid-tier price point. It was a smart approach that served the company well, carving a solid niche for itself even amid a saturated and stagnant market.

But as the market has changed, so too has OnePlus. One of the more pronounced signs of the company’s growth over the past half-dozen years is an increasing interest in the higher end of the market. It has been a slow evolution. First the company rethought its longstanding approach of holding off on cutting-edge technologies, and then last year it introduced a Pro tier to its device line.

The latter, in particular, opened the line to a real premium category, and today it delivered on the promise with the introduction of the OnePlus 8 and 8 Pro, starting at $699 and $899, respectively. The Pro comes in two configurations, with 8GB of RAM and 128GB of storage or 12GB/256GB (the same as you’ll find on the standard 8), with the higher end running an extra $100. 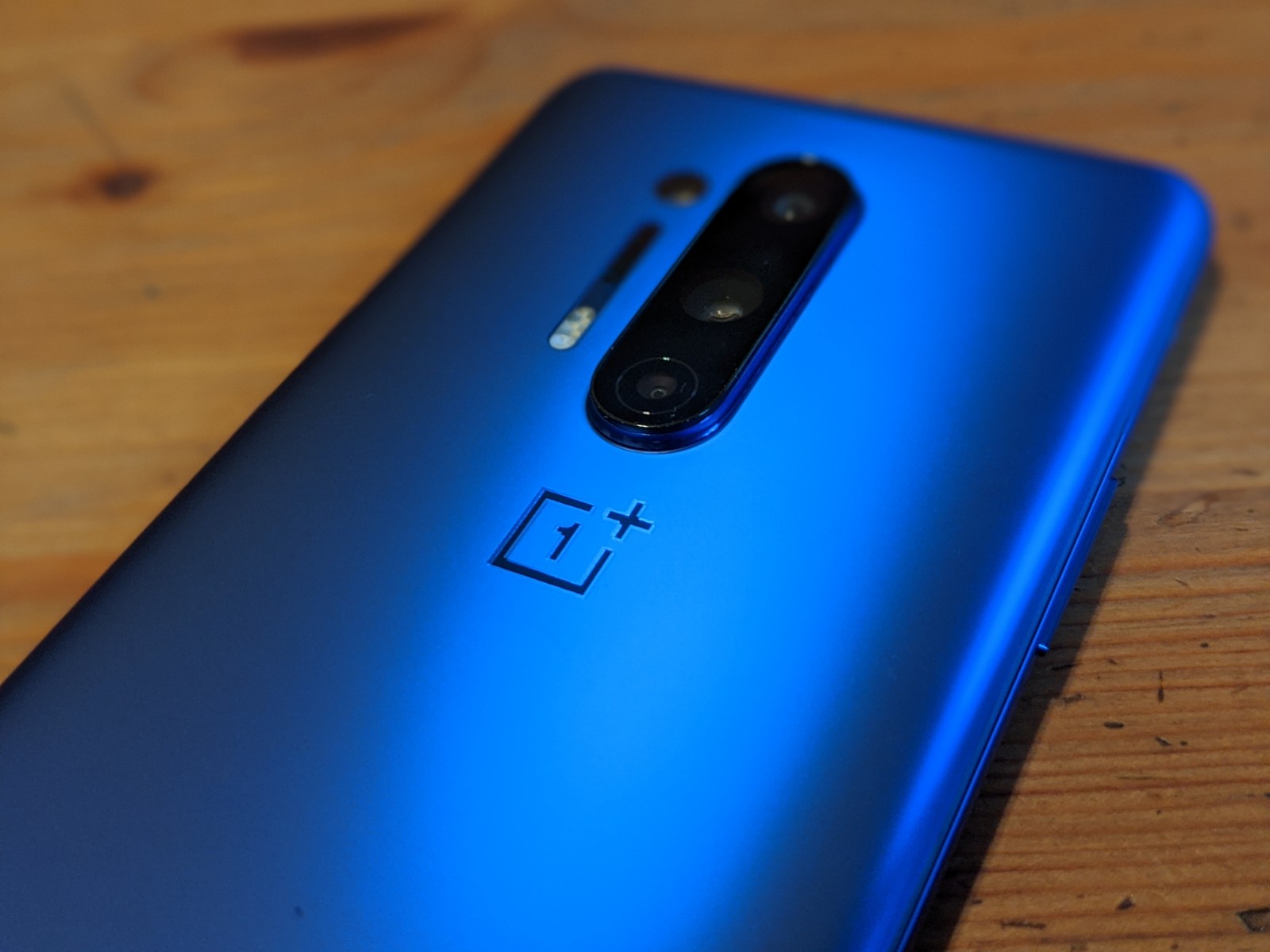 That’s chump change compared to premium devices from the likes of Samsung and Apple, but it’s still a new paradigm from the traditionally budget-minded OnePlus. Of course, you’re going to get a lot for that price — this is OnePlus, after all.

First, there’s 5G. That was one of the trends OnePlus was more than happy to be among the first to jump on. It also was something we spent a lot more time talking about when we were still allowed outside. Which, honestly, makes this as good a time as any to point out that I’ve had the phone in my possession for a while, but am unable to do a proper review due to both my inability to leave the house and some of my own ongoing health issues. 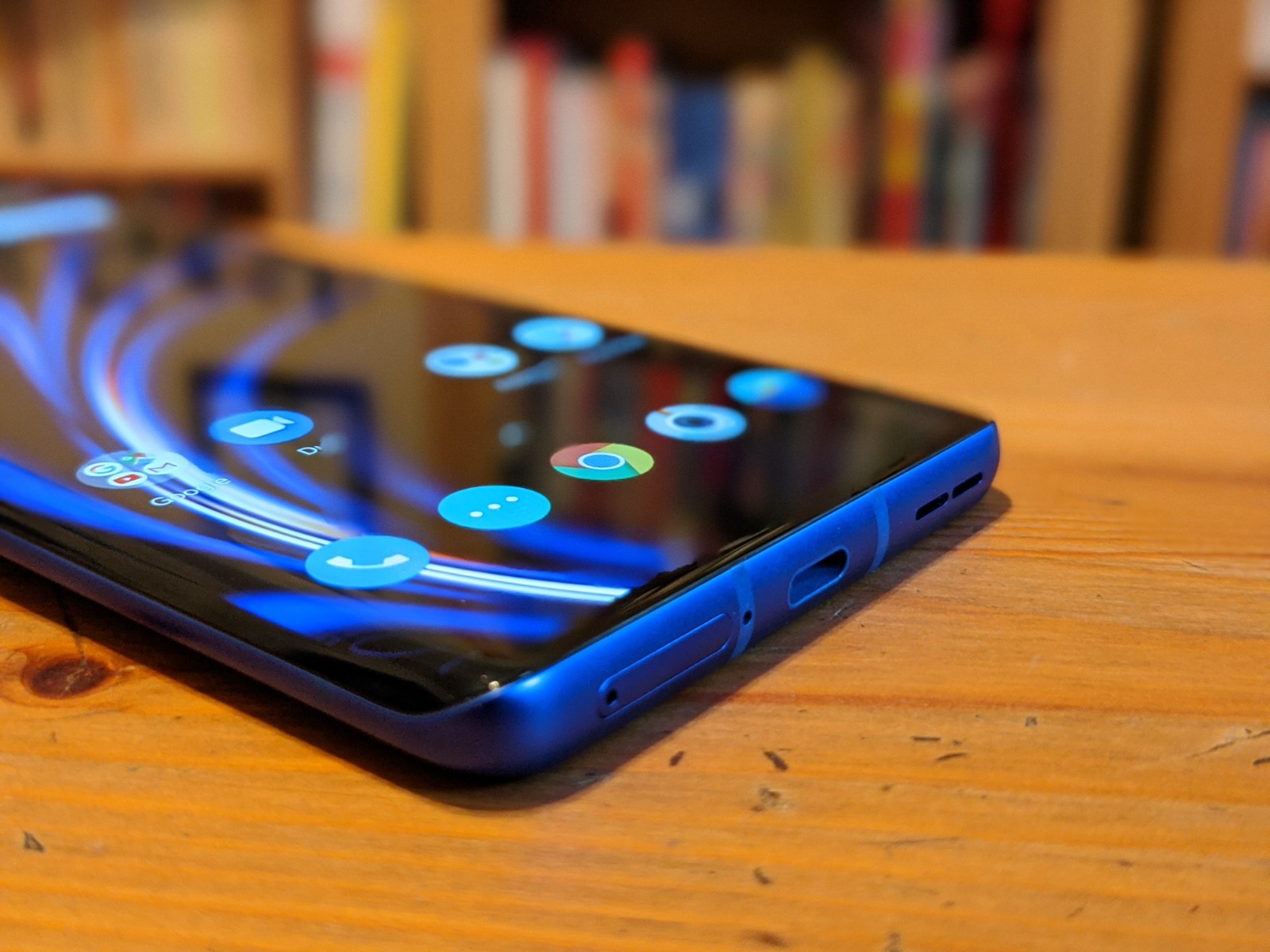 What I will say, however, is that it’s one of the more striking devices I’ve seen in a while, due in no small part to a lovely — if largely unphotographable — blue finish. Up front is a massive 6.78-inch curved QHD+ display coupled with a 120 Hz refresh rate (that can be toggled down to 60Hz to save on battery — which is perfectly fine for most tasks).

In spite of the large screen, it’s still held easily in one hand, courtesy of the elongated 19.8:9 aspect ratio. HDR Boost provides stronger color contrasts, along with 10-bit color for better accuracy. It’s a combination that pops, making for a solid and well-rounded display at a price point that’s plenty competitive with high-end devices. 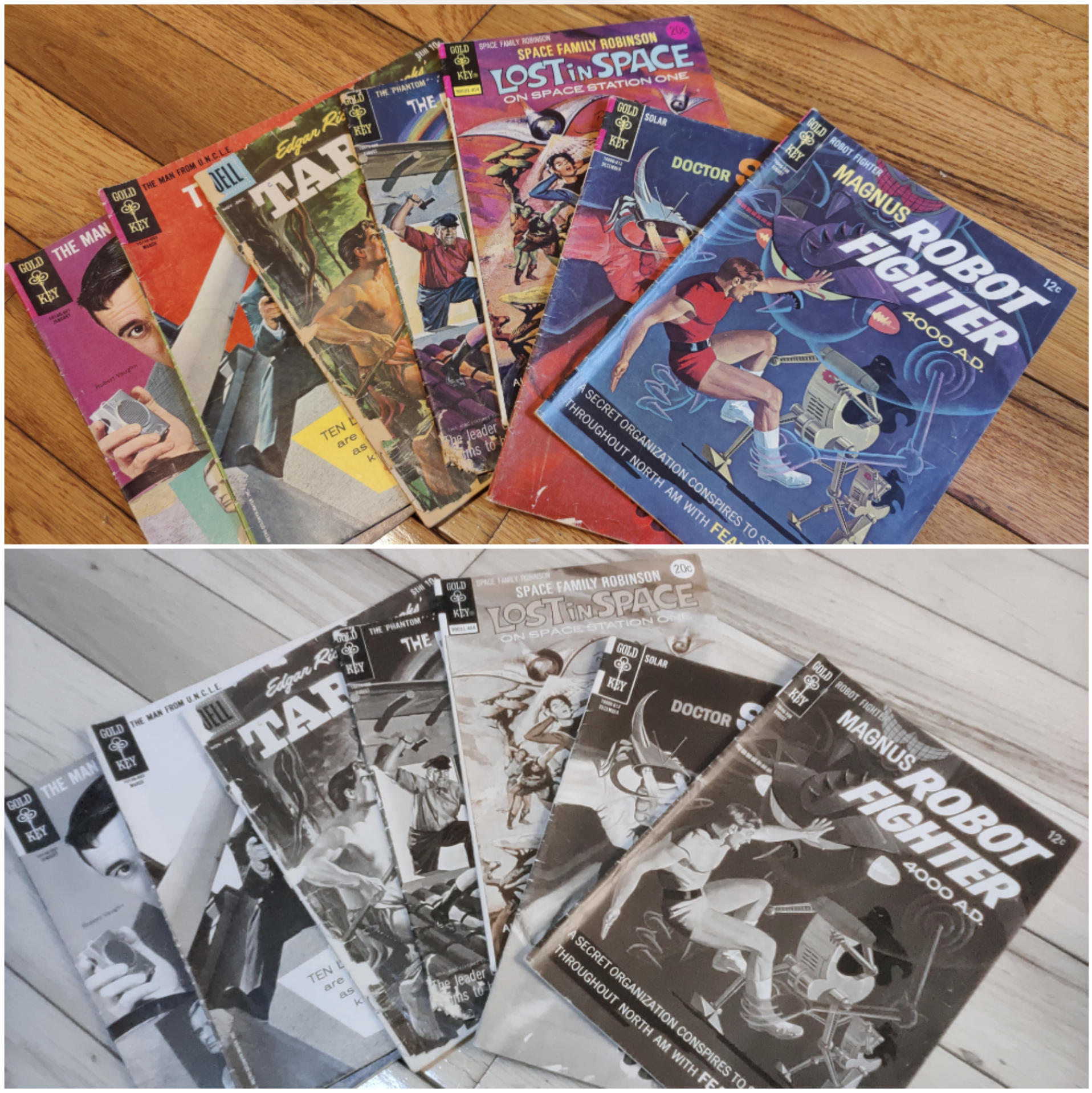 Around back is an interesting take on the quad-camera design. There’s a 48-megapixel main, 48MP ultra wide, a 3x optical zoom (for a total of an admittedly degraded 30x with help from digital) and a color filter camera. That last one’s a bit of an odd addition with some fairly niche uses, like the ability to add “artistic lighting effects and filters.” Not exactly the most useful application of a fourth rear-facing camera.

The handset is powered by the flagship-ready Snapdragon 865, along with a solid 4510 mAh battery that charges to 50% in less than half an hour. There are a handful of OnePlus’s customary software add-ons as well, via the latest version of OxygenOS, including a new Dark Theme and various other visual touches. 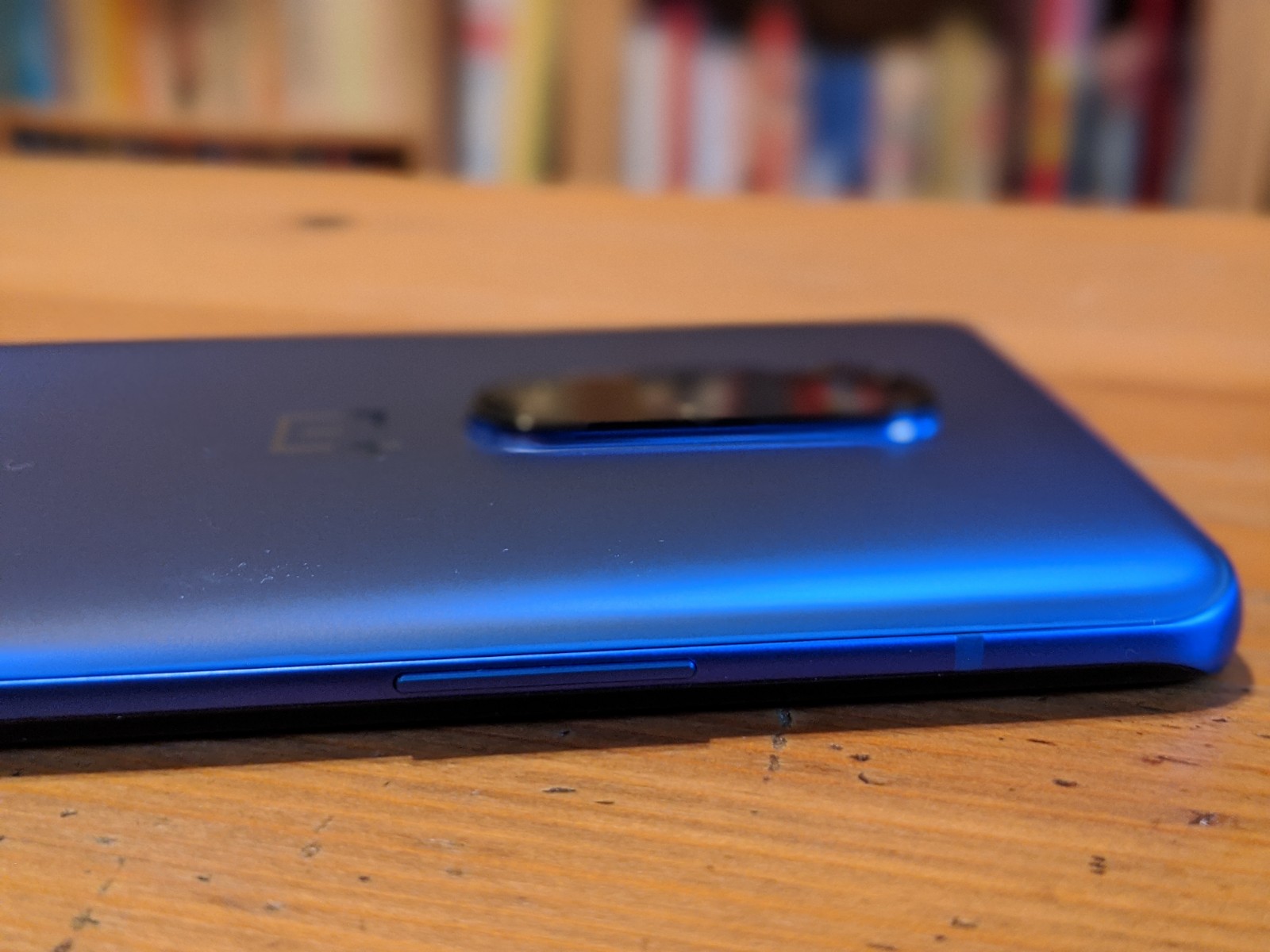 It adds up to a handset that still feels like a bit of a bargain, in spite of being OnePlus’s most expensive to date. It goes on sale April 29 through OnePlus, carrier sites and Amazon. The $699 OnePlus 8 will be available the same day.