The story behind Frame, the startup aiming to be the nation’s gateway into the world of therapy and mental wellness, seems like a tailor-made story of American entrepreneurial success.

Its co-founders, Kendall Bird and Sage Grazer, ran their first business in the Pacific Palisades neighborhood of Los Angeles years ago, selling out their entire inventory of lemonade to a captive audience of eager parents.

Years later, after Grazer graduated from NYU and embarked on a career as a therapist, and Bird, a longtime proponent of therapy since her teens, had moved on to a job at the LA-based social media giant, Snap, the two reunited.

Frame was born from their shared belief that therapy was a tool that could be harnessed by every American for self-improvement and self-care, and that providing a window into the breadth of problems that therapy could address would be a way to popularize the process.

Frame aims to do both. Like SonderMind, another startup which raised a pile of cash recently, the company offers services matching therapists with patients on the front-end and providing a billing and telemedicine solution for mental health practitioners on the back-end.

But it also has another component — a recorded “workshop” between a therapist and a patient or a tutorial to illustrate the kinds of services that a patient could receive from therapy or explain what different conditions may be. These discussions and lessons — which the company emphasizes are not therapy sessions — are meant to frame how potential customers could view the types of things they could talk about with their therapists.

“The workshops for us are a way for a larger audience to open up their minds and understand the different topics that they can cover,” says Bird. 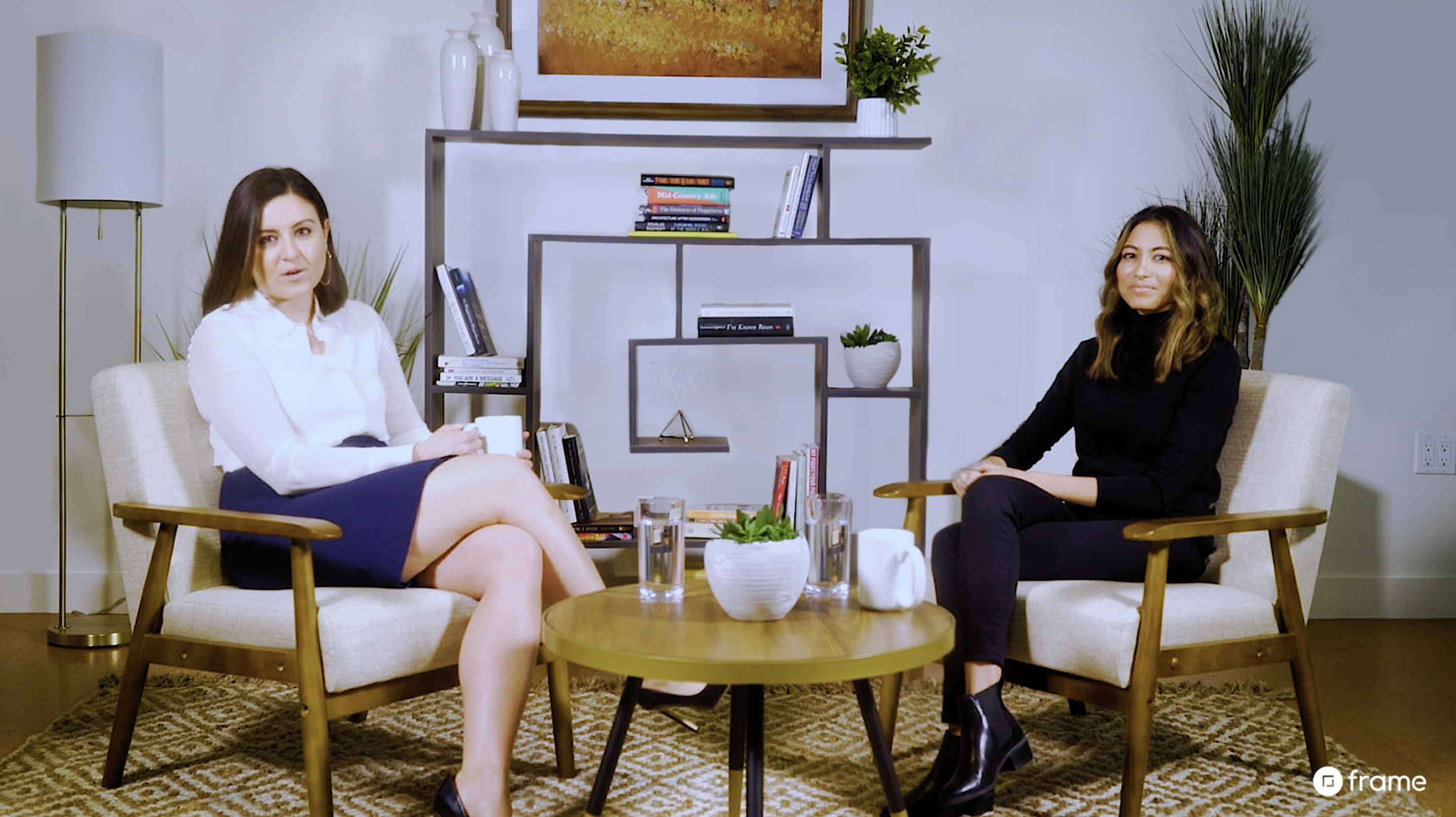 Scene from a Frame workshop.

The goal is to give a millennial audience a window into how therapy works in an effort to popularize and de-stigmatize the process.

If there’s one thing that Bird knows, it’s how to reach a millennial audience. The former Snap product marketing executive was with the company through its public offering and now serves as one of a small cohort of former Snap employees that are beginning to launch their own companies — building on the success, and wealth that Snap’s public offering afforded them.

“There was no brand that was representing what it means to be a modern therapy goer and that’s why we started Frame,” says Bird.

The company is launching today with around 12 videos of the pseudo-sessions with therapists and a small pilot matching program for the 100 therapists it counts on its roster of service providers.

Given that the company’s approach to its sessions straddles the line between therapy and entertainment, it was important to find therapists that would work well on camera for its workshops, said Bird.

“We really focused in on therapists that are really passionate about what they do and ones that felt more comfortable being on camera and adapting to this because it’s not therapy,” says Bird.

Frame, which the two co-founders began building nearly a year ago, was hoping to have a bit more real estate to support its launch, but like other companies including Real, Silver Health, the European startup, Mindler, and even the sexual health focused startups like Hims, the company accelerated its launch in an effort to respond to the mental health needs stemming from the COVID-19 epidemic.

Much of this is predicated on virtual non-therapy sessions that Hims and Hers are calling discussions and that Real calls “Group Salons” and “Group Events”.

For Frame, building its library of recorded non-sessions required pre-recording thirty to forty sessions with volunteers — many pulled from the Snap community, according to Bird.

And the Snap community has also rallied to back the company. Imran Khan, the former Snap executive, is a seed investor along with several others from the company.

Another backer is Founders Factory, the New York-based accelerator that’s backed by Johnson and Johnson and other corporations to find new startups that fit within strategic areas of interest.

“There are over 700,000 behavioral healthcare professionals in the United States, yet 80% of millennials with mental health concerns never expect to receive treatment,” wrote Frame seed investor and founder of Struck Capital, Adam Struck, in an email. “We see an opportunity for Frame to make therapy more approachable for the millions who could benefit from access to high-quality mental health resources, building a valuable business that helps create a healthier society.”