So it has come to this. I haven’t set foot outside my apartment for a week and a half. YouTube yoga has been a kind of lifesaver, and I happened to have a largely untouched 30-pound kettlebell lying around. My Apple Watch has been mostly untouched, however. The stark realities of woefully underperforming exercise minutes and step counts are just too much on top of everything else.

Honestly, I scoffed a bit when a friend initially recommended an under-desk elliptical. But those were better days, when I was still able to take the bicycle out for a socially distant spin. Due to doctor’s orders, however, I now find myself unable to travel beyond the mailbox in my building lobby — and even that feels like tempting fate some days.

Now here I am, peddling away, writing a review of the Cubii Pro. It’s not a new product, exactly. But it’s certainly having its moment. In normal times, the device seems a silly bit of office “fitness” paraphernalia, designed to counteract the dangers of prolonged sitting we’ve frequently been warned against. 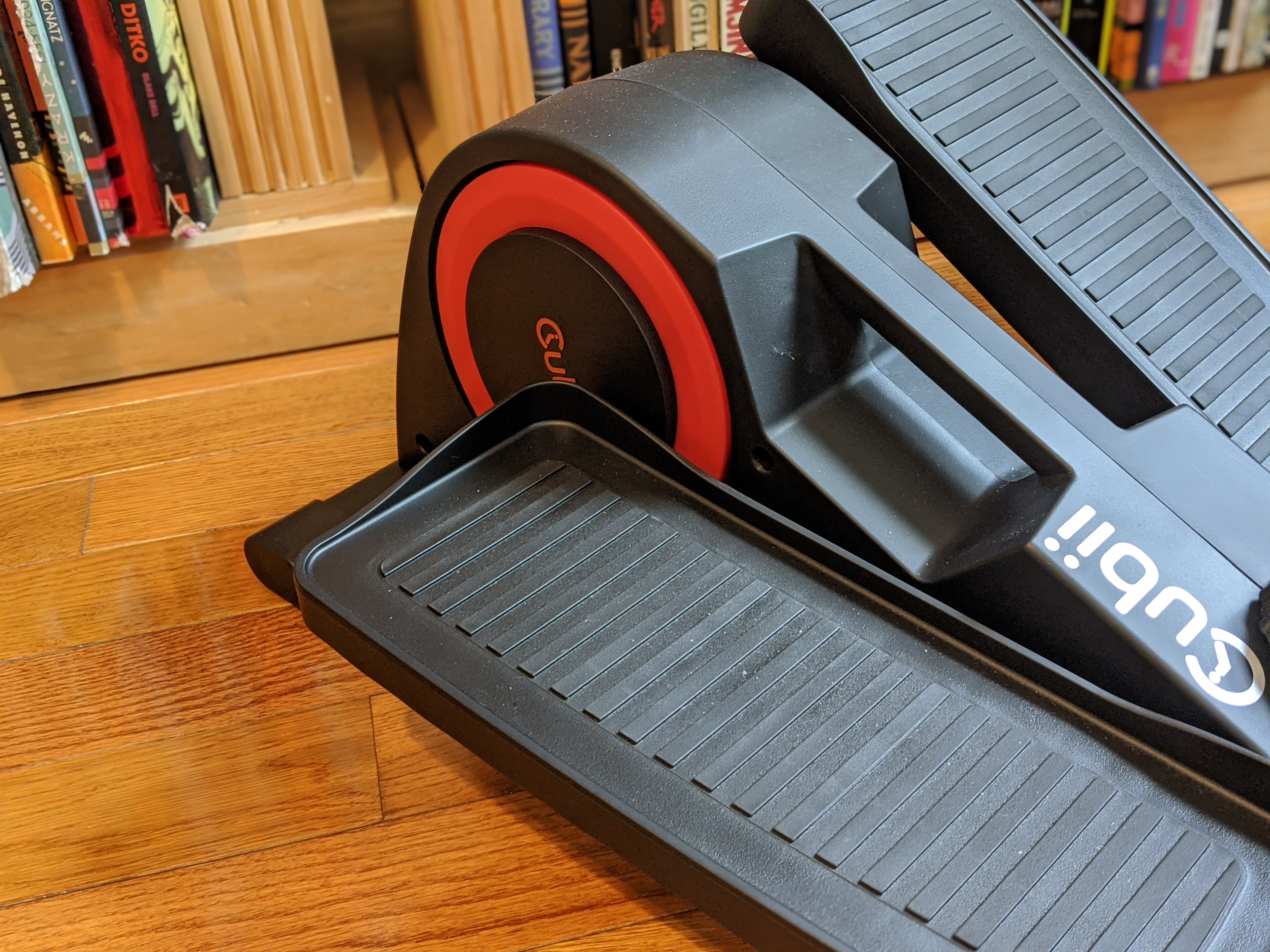 But if sitting was the new smoking in 2019, it’s simply the new reality in this era of self-quarantine. We’ll take our exercise wherever we can sneak it in — even if that means little more than walking between the desk and the kitchen most days. The Cubii line of products are by no means a replacement for more full-bodied exercise, but they’re a valiant attempt to help falling victim to complete atrophy.

As the name implies, the Pro is a step up from the standard Cubii that was launched via a Kickstarter campaign back in 2016. At $349, it’s an investment, with the biggest upgrades coming in the form of Bluetooth connectivity. There’s an app for iOS and Android that connects to third-party tracking software like Apple Health. That’s a pretty solid add-on, frankly, for those who’ve put a lot of stock in closing their Apple Watch rings. 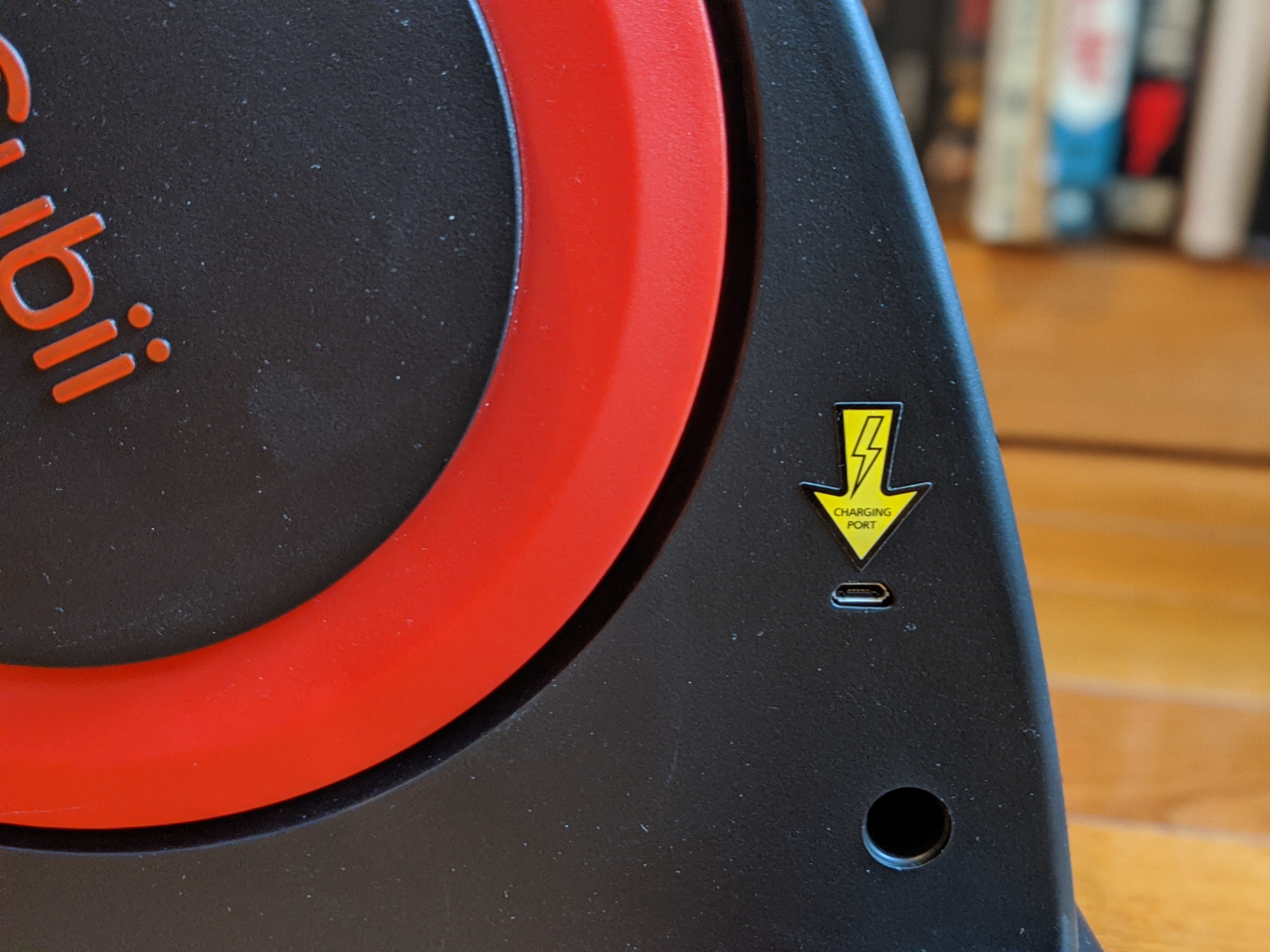 The device ships mostly assembled. You’ll need to take it the last mile by attaching the pedals. And hey, free screwdriver. That’s simple enough. Honestly, the biggest headache about set up is charging the thing. The Pro is significantly larger and heavier than I’d initially anticipated, and it charges via microUSB. That means unless you’ve got a long cable, you’re going to have to find a spot to stick it near an outlet for an extended period. I don’t have floor outlets in my small apartment, so I had to get creative.

Charging takes a while, too. It’s best done overnight, if you can manage. The good news on that front, however, is it will stay charged for a while. I don’t anticipate having to charge it more often than every few weeks.

The size is also a constraint from the standpoint of use. The device’s length meant I had to pull my desk out from the wall a bit to use it. I also find myself having to sit back a bit, so as to avoid banging my knees on the bottom of the desk. Honestly, it’s probably best used while seated on a couch, watching TV (a laptop is too much to ask without a desk). If your office chair rolls as mine does, you’ll once again find yourself getting creative. The aforementioned kettlebell is getting even more use these days, as it currently sits between chair legs, hampering me from rolling backward with every peddle. 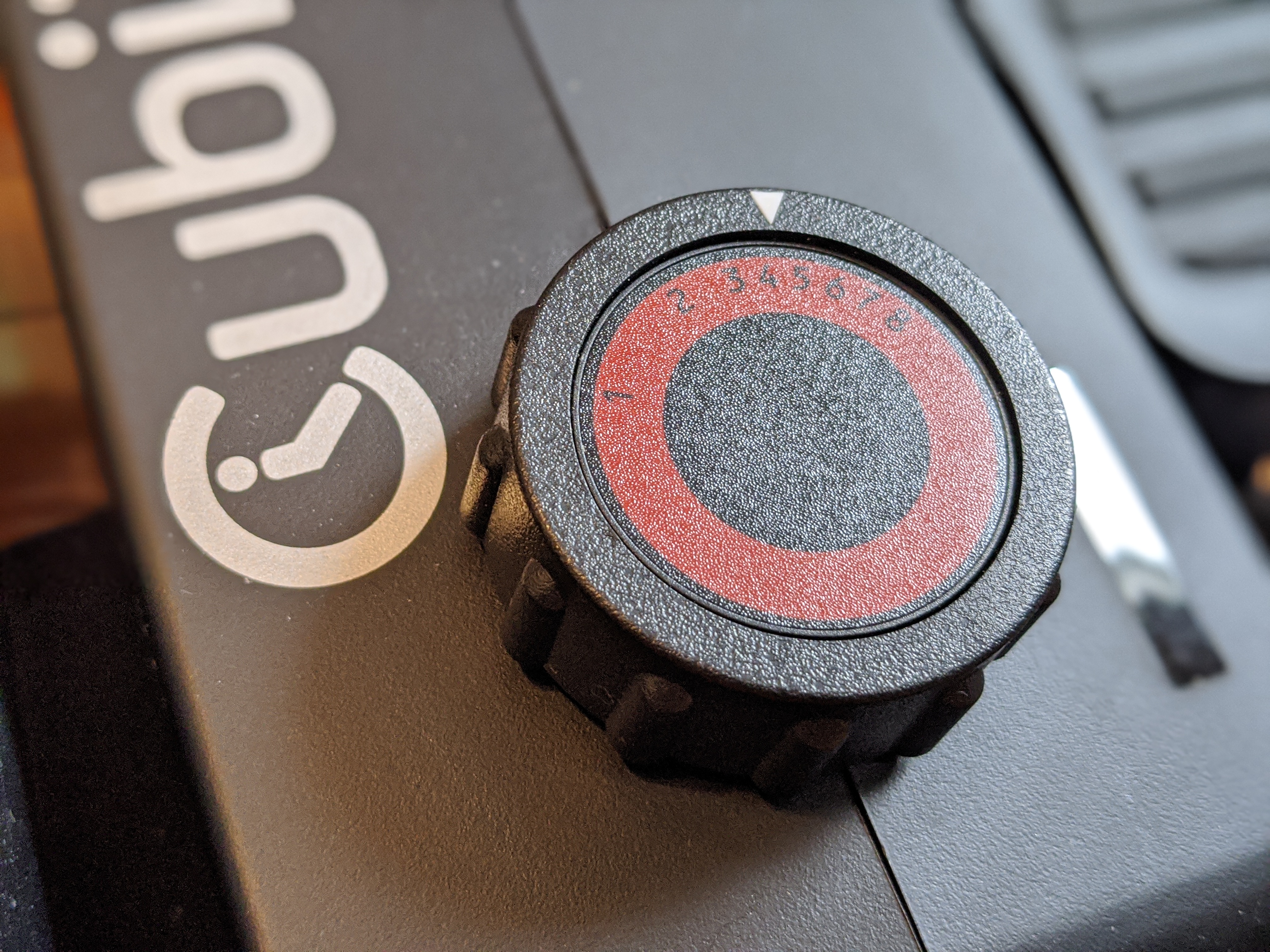 Those quibbles aside, I’ve mostly been enjoying my time with the product. The movement is smooth, the Bluetooth connection works well (though you may have to open the app to get it started) and there are eight resistance settings to keep things fresh. In other circumstances, I couldn’t imagine spending that much on this sort of product, but these are unique times. For those who still have trouble leaving the home even after things go mostly back to normal, it’s a nice, portable alternative to far pricier home exercise devices, with a solid little app to boot.