Pangea.app, a Providence, Rhode Island-based startup has raised a $400,000 pre-seed round, it told TechCrunch this week. The company’s new capital, raised as a post-money SAFE, comes from PJC, a Boston-based venture capital firm and Underdog Labs. Previously, Pangea.app raised money from angel investors.

The company links “remote college freelancers,” per its website, to businesses around the country. College students want paid work and resume-building experience, while businesses need help with piece-work that students can help with, like graphic design. Today, with colleges and universities closing due to COVID-19, students stuck at home, and many businesses leery about adding new, full-time staff, Pangea.app could find itself in a market sweet spot.

Some students that had work lined up for the summer are now unexpectedly free, possibly adding to the startup’s labor rolls. “I can’t tell you how many students I’ve spoken with who have had summer internships and on-campus jobs canceled,” Adam Alpert, Pangea.app’s CEO and co-founder told TechCrunch, “we are filling an important gap helping them find short-term, remote opportunities that enable them to contribute while learning.” 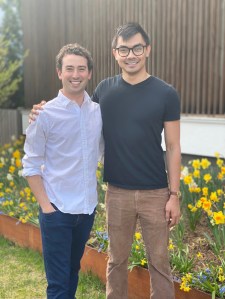 If its marketing position resonates as its CEO hopes, the firm could see quick growth. According to Alpert the company has seen five figures of contracts flow through its platform to date, and expects to reach a gross merchandise volume run rate that’s a multiple of its current size by the end of summer.

Pangea.app makes money in two ways, taking a 15% cut of transaction volume and charging some companies a SaaS fee for access to its best-vetted student workers. The company had targeted a $500,000 raise, a sum that Alpert says he’s confident that his company can meet.

While the national economy stutters and the venture capital world slows, Pangea.app may have picked up capital at a propitious time; raising capital is only going to get harder as the year continues and it now has enough to operate for a year without generating revenue; it will generate top line, however, extending its cash cushion.

Pangea.app aspires to more than just growth. Alpert told TechCrunch that it has a number of development-focused hires on the docket for 2020, including a UI/UX designer and engineering talent. The company also intends to use its own platform to staff up over the summer to help speed up its own development.

Being based in Providence, not precisely the center of the world’s startup gravity, may have some advantages for Pangea.app. The company said that it is working to reach break-even profitability before it works on the next part of its business. It’s easier to do that in Providence where the cost of living and doing business is far lower than it is in larger startup hubs.

Update: The round was a pre-seed investment, not a seed deal as originally reported. The post has been corrected.

Amid unicorn layoffs, Boston startups reflect on the future