CEOs often rely on executive assistants to handle the less glamorous logistics of their day so they can focus on managing a company, but hiring a full-time assistant isn’t always easy to justify, especially at a budding startup.

Double is aiming to cater to busy C-suite execs who probably don’t need a full-time assistant but could still use some help managing their email, arranging travel, scheduling meetings and balancing their endless work with a personal life. They’re pitching a service to startup CEOs and investors that matches them up with contracted remote assistants to help free up their schedules.

“At the end of the day, these people are spending hours a day doing the things they aren’t best at,” CEO Alice Default told TechCrunch in an interview.

Double’s contracted assistants are all based in the US and have years of previous experiences as EAs, Double says. When an exec signs up for the service, they are guided through an onboarding call where they can share some of their needs before being paired up with a dedicated assistant. Double says its assistants are generally working with about 4-5 clients at a time and in some cases are assisting multiple execs at the same company.

The New York startup has been building their product under wraps and has raised some $6 million in funding from VCs including Index Ventures and Paris-based Daphni. The team previously helped build the popular Sunrise calendar app, which Microsoft bought in 2015 only to later discontinue.

One of Double’s big initiatives is honing the effectiveness of combining human efforts and software automation. The team hasn’t pushed too heavily on the latter, but Default says that they see plenty of room to augment how assistants handle tasks by letting automation get the ball rolling.

“We are thinking about automation quite a bit, for us this relationship with [human labor] can be much better,” Default says. 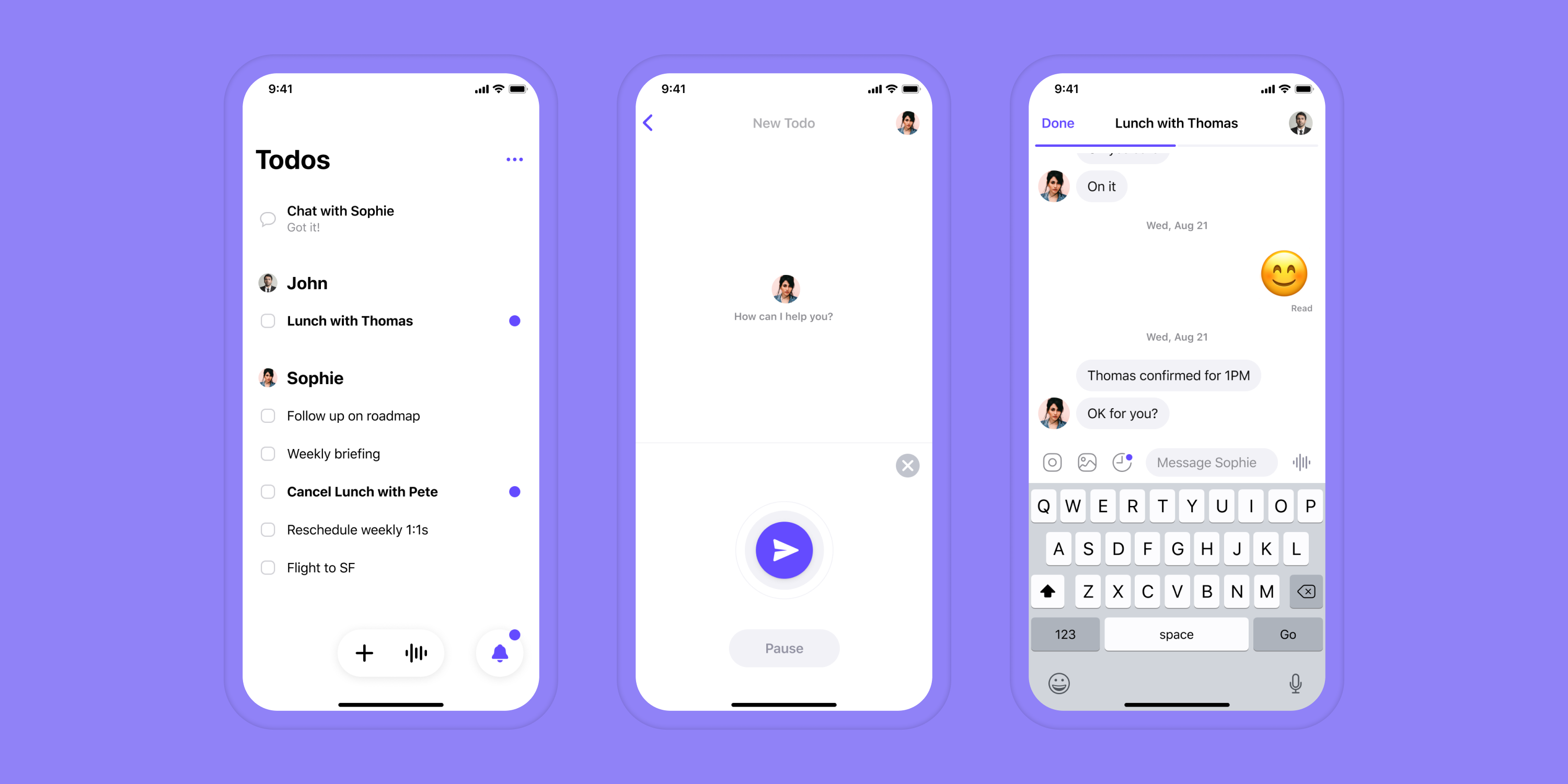 Double has spent the last couple years developing software to facilitate the connection between assistants and executives. The team now offers desktop and mobile apps as well as a Chrome extension that can allow execs to push updates to their assistants with ease. At this point, the service is iOS-only and requires a G Suite account so no dice at the moment for Outlook or Android users.

“What we realized pretty early on is that one of the things that’s hard about delegating is giving the proper context,” Default says.

The service charges hourly rates with a minimum rate of $250 per month for 5 hours of assistant work. Default says early CEOs that have been onboarded to the service in beta pay on average about $800 month for a bit less than an hour of assistance per day.

Launching a premium service for executives in the midst of a pandemic crisis where a good deal of startups are thinking about layoffs is far from perfect launch timing for Double, but Default believes the service can provide a lot of value to busy executives scrambling to adapt their businesses. Default says the service has already seen some early users pause their subscriptions but notes that the month-to-month structure is flexible by design and makes it easy for users to pick things back up when their firms (hopefully) emerge from crisis mode.