A number of startups over the years have promised to re-invent email only to have fallen short. Even Google’s radical re-imagining, the Inbox app, finally closed up shop last year. Today, another company is announcing its plans to build a better inbox. Edison Software is preparing to launch OnMail, a new email service that lets you control who enters your inbox. This is handled through a new blocking feature called Permission Control. The service is also introducing a number of other enhancements, like automatic read receipt and tracker blocking, large attachment support, fast delivery, and more.

Edison is already home to the popular third-party email app, Edison Mail, which has seen approximately 9 million installs to date, according to Sensor Tower.

Edison Mail is designed to work with your existing email, like your Gmail, Yahoo, Microsoft, or iCloud email, for example, among others. OnMail, however, is a new email service where users will be assigned their own email account at @onmail.com when the product debuts later this summer.

At launch, the web version of OnMail will work in a number of browsers. It will also work in the existing Edison Mail apps for Mac, iOS, and Android. 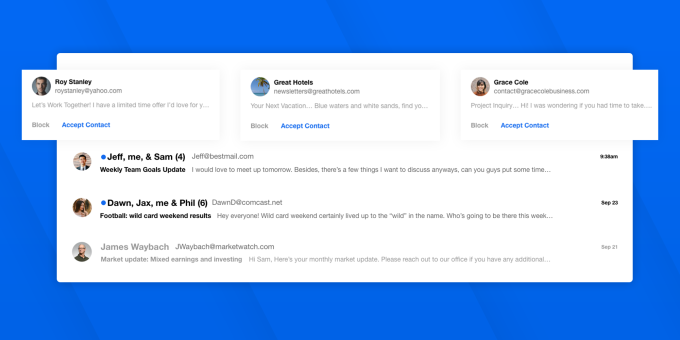 The biggest idea behind OnMail is to create a better spam and blocking system.

Though Gmail, Outlook.com, and others today do a fairly decent job at automatically filtering out obvious spam and phishing attempts, our inboxes still remain clogged with invasive messages — newsletters, promotions, shopping catalogs, and so on. We may have even signed up for these at some point. We may have even tried to unsubscribe, but can’t get the messages to stop.

In other cases, there are people with our email address who we’d rather cut off.

The last time Gmail took on this “clogged inbox” problem was in 2013 when it unveiled a redesigned inbox that separated promotions, updates, and emails from your social media sites into separate tabs. OnMail’s premise is that we should be able to just ban these emails entirely from our inbox, not just relocate them.

OnMail’s “Permission Control” feature allows users to accept or decline a specific email address from being able to place mail in your inbox. This is a stronger feature than Edison Mail’s “Block Sender” or “Unsubscribe” as a declined sender’s future emails will never hit your inbox — well, at least not in a way that’s visible to you.

In technical terms, declined senders are being routed to a folder called “Blocked.” But this folder isn’t displayed anywhere in the user interface. The blocked emails won’t get pulled up in Search, either. It really feels like the unwanted mail is gone. This is all done without any notification to the sender — whether that’s a human or an automated mailing list.

If you ever want to receive emails from the blocked senders again, the only way to do so will be by reviewing a list of those senders you’ve banned from within your Contacts section and make the change. You can’t just dig into a spam folder to resurface them. 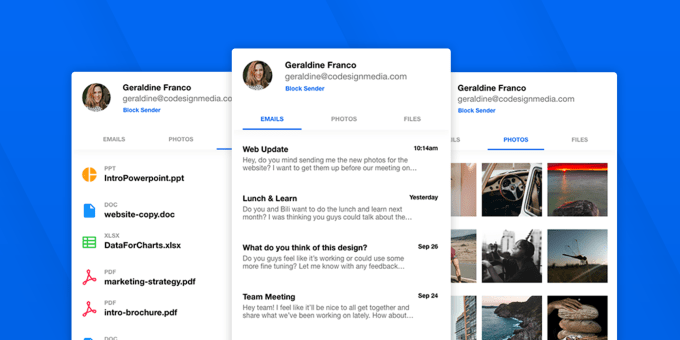 In another update that puts the needs of the receiver above those of the sender, OnMail will remove all information sent from any invisible tracking pixels.

Today, most savvy email users know to disable images in their Gmail or other mail apps that allow it, so their email opens are not tracked. But OnMail promises to remove this tracking without the need to disable the images.

“We view pixel tracking as this horrific invasion of privacy and this is why we block all read receipts,” noted Edison Co-Founder and CEO, Mikael Berner. “The sender will never know that you opened their email,” he says.

Other promised features include an improved Search experience with easy filtering tools, support for large attachments, enhanced speed of delivery, and more. 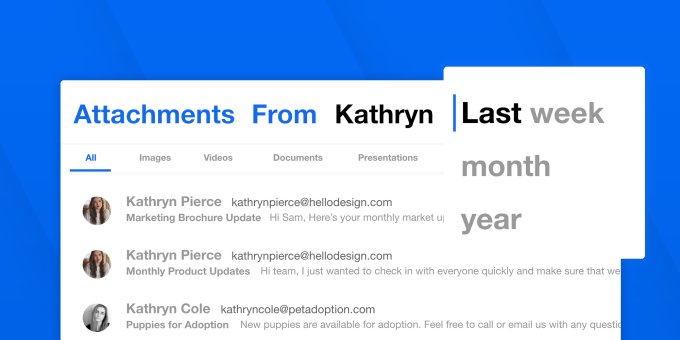 Edison says it’s been working to develop OnMail for over two years, after realizing how broken email remains.

Today, U.S. adults still spend over 5 hours per day in our inboxes and feel like they’ve lost control. Tracking pixels and targeted ads are now common to the email experience. And searching for anything specific requires complicated syntax. (Google only recently addressed this too, by adding filters to Gmail search — but just for G Suite users for now.)

It may be hard for people who have set up shop for 10 or 20 years in the same inbox to make a switch. But there’s always a new generation of email users to target — just like Gmail once did.

And now that Gmail has won the market with over 1.5 billion active users, its innovations have slowed. Every now and then Gmail throws a bone — as with 2018’s debut of Smart Compose, for example — but it largely considered the email problem solved. A little fresh competition is just the thing it needs.

“We’ve invested years as a company working to bring back happiness to the inbox,” said Berner, in a statement. “OnMail is built from the ground up to change mail. Nobody should fear giving out their address or have to create multiple accounts to escape an overcrowded mailbox,” he said.

OnMail’s premise sounds interesting. However, its software is not yet live so none of its claims can be tested at this time. But based on Edison’s history with its Edison Mail app, it has a good handle on design and understanding what features email users need.

Currently, OnMail is open only to sign-ups for those who want to claim their spot on its platform first. Like Gmail once did, OnMail will send out invites when the service becomes available. Unlike Gmail, OnMail won’t be ad-supported, but will eventually offer free and paid versions of its service.