Time spent in mobile apps has been surging, as people stuck at home due to the coronavirus outbreak have been turning to apps to do their shopping, manage their finances, find new exercises, work from home and stay entertained. According to new data from App Annie, released today, Q1 2020 was the largest-ever quarter in terms of consumer spend on apps. In addition, the average weekly time spent in apps and games worldwide was up 20% year-over-year in the quarter, based on an analysis of Android devices. 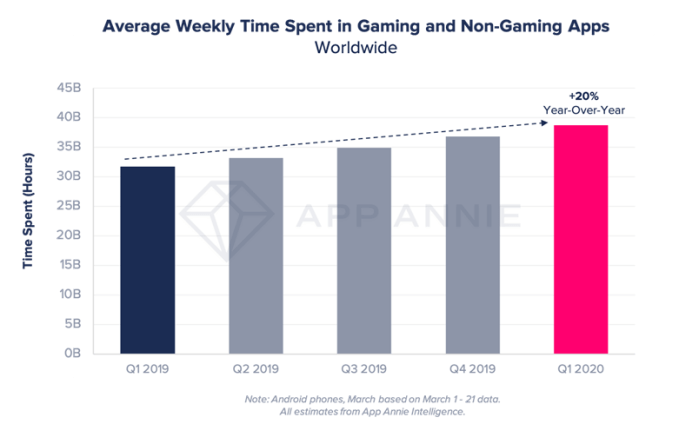 This has translated to a record increase in consumer spending on the app stores.

iOS accounted for $15 billion of that figure and Google Play was $8.3 billion. Both of these figures were an increase of 5% year-over-year on their respective platforms.

Non-gaming apps accounted for 35% of consumer spend on iOS and 15% on Google Play. Meanwhile, consumers spent over $16.7 billion on games in the quarter. 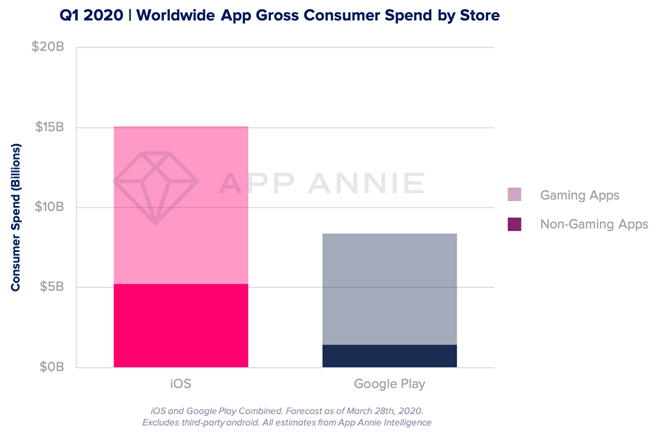 Android users spent the most on Games, Social and Entertainment apps, thanks especially to Disney+ and Twitch.

Meanwhile, iOS users spent the most on Games, Entertainment and Photo and Video apps, with TikTok notably breaking into the top five by consumer spend on iOS in the quarter, at No. 3 behind Tinder and YouTube. 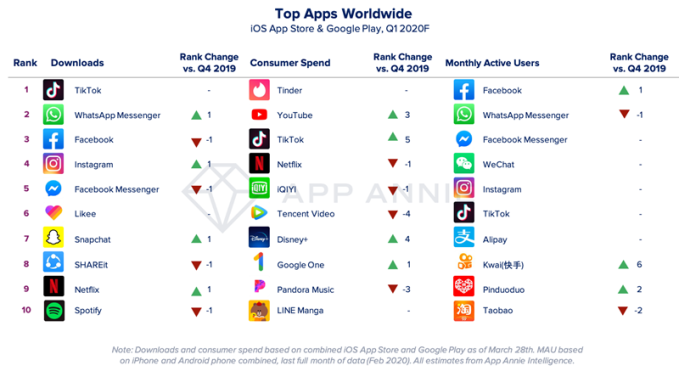 There were also 31 billion new app downloads in Q1 2020, up 15% from the fourth quarter of 2019. That’s notable, given that the fourth quarter usually sees a big boost in app installs from holiday sales of new phones, and Q1 managed to top that. 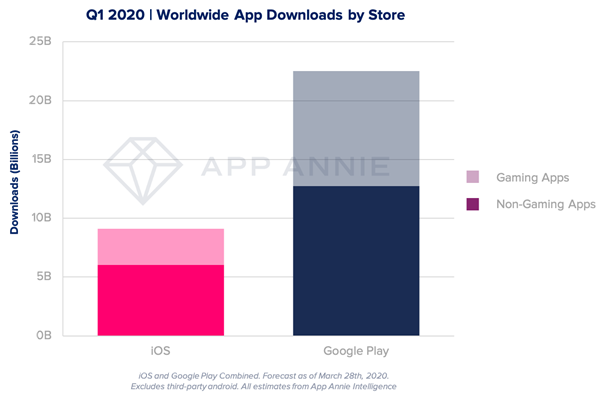 Non-gaming apps on Google Play accounted for a majority (55%) of downloads, and on iOS, they were 65% of downloads — an indication that people were looking for a variety of mobile apps to manage their newly stay-at-home and work-from-home lives, not just distractions.

The largest markets for Google Play downloads were India and Brazil, owing to their sizable populations and preference for lower-cost, Android devices. On iOS, China and the U.S. were the two largest markets by downloads and the main drivers of download growth for the quarter.

On both platforms, Games drove the most growth. 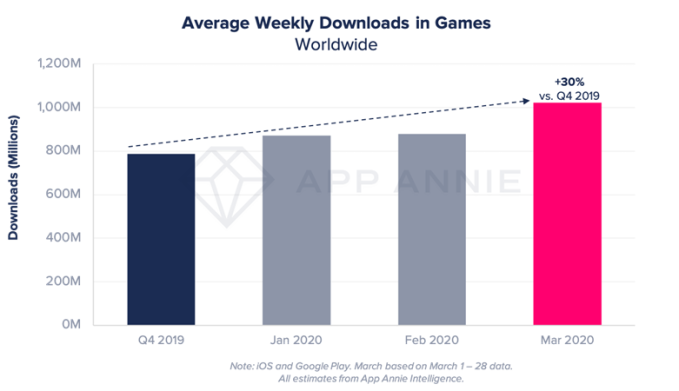 Users downloaded Puzzle, Simulation, Action and Arcade games in the quarter, but spent the most on Role Play, Action and Strategy games, as is typical. 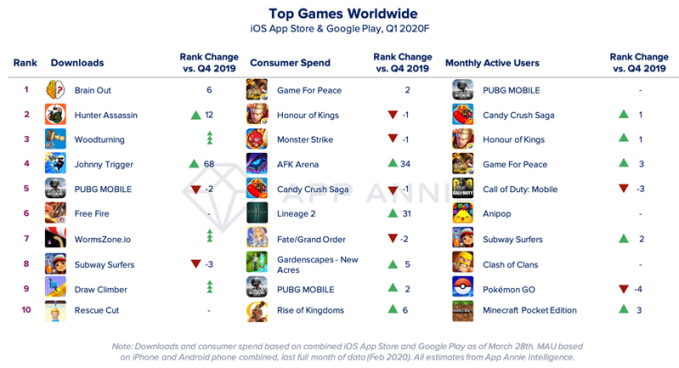