Babbel, the Berlin-based paid language learning app, today announced that, in light of the COVID-19 pandemic, it is making its service available for free to all K-12 and college students until the end of the term. Previously, the company offered a similar deal for students in Italy, the U.K., Germany, Spain and France.

The service currently offers courses for Spanish, French, German, Italian, Portuguese, Polish, Russian, Dutch, Turkish, Danish, Norwegian, Swedish, Indonesian and English. Students who want to sign up (or whose parents force them to do so) only need a valid school address to get started.

“The number of students being affected by high school and college closures across the U.S. is increasing daily, and the education system is anticipated to be further disrupted in the coming weeks,” said Julie Hansen, Babbel’s U.S. CEO. “As students are being forced to stay at home, Babbel is in a position to help right now and that is exactly what we want to do. At this time of global concern, we are reminded of the similarities we have with other people around the world, rather than that which divides us.” 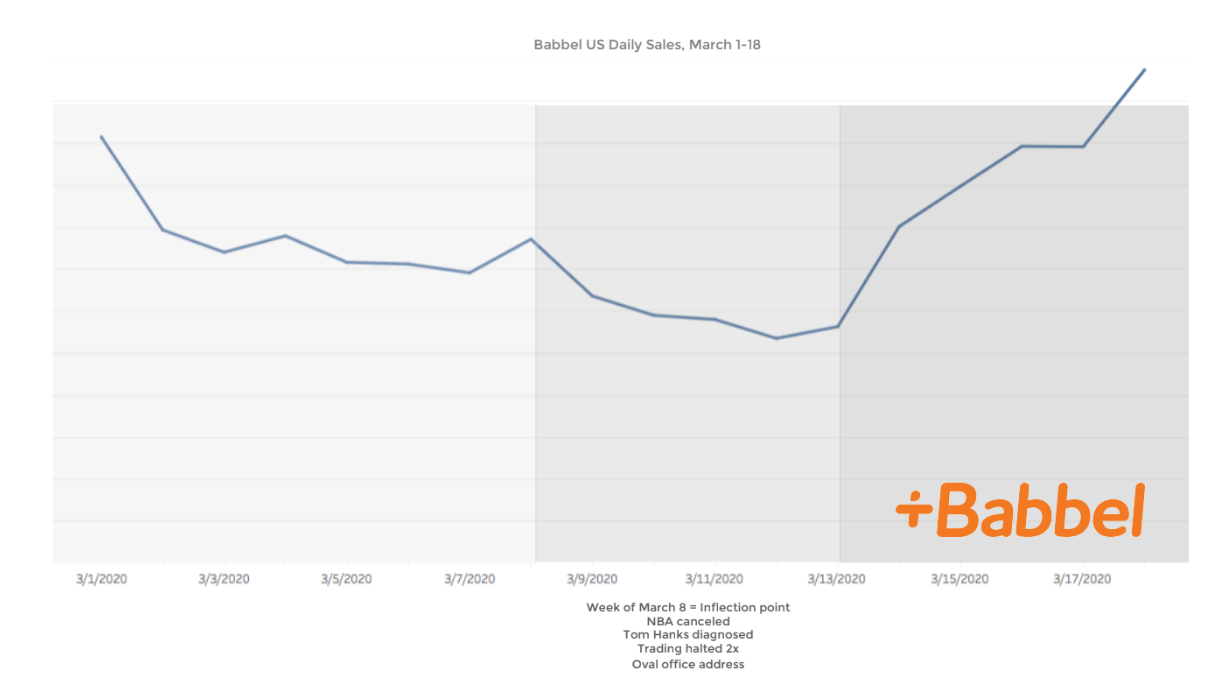 The company also tells me that it is seeing increased demand from schools that are looking for ways to keep their students practicing their language skills while they are out of the classroom. Even without taking these students into account, though, Babbel’s overall subscriber numbers are actually up right now, which comes as a bit of a surprise, given that most people are probably not currently thinking about learning the basics of a language for their next vacation.

“Since people globally are bound to their homes we see a steep uptake in learning activity,” said Babbel CEO Arne Schepker. “More than ever, large numbers of people are currently starting a new language journey with Babbel. This is something that makes us extremely humble and grateful. If our work helps to make your day just a little bit better I think this is more than we ever could have asked for.”

Across geographies, Babbel is seeing the same trends, where new subscriptions slow down as the pandemic first becomes top of mind and then picks up again once school closing and rules like shelter-in-place go into effect. The same also holds true for existing subscribers, who, on average, are now more active, too. Unsurprisingly, though, “travel” isn’t quite the motivator for new learners that it was before this pandemic hit.

The popular free language learning app Duolingo, too, is seeing similar growth. The company tells me its new user growth is up 40% worldwide, and especially high in countries that have been aggressive about their isolation measures. In the last week alone, Duolingo saw a 91% increase in new users in the U.S., and even higher growth in European countries like France and Spain. With TOEFL and IELTS testing centers in China and other countries closed, Duolingo’s certification program is also seeing close to 300% growth in China and Korea.