American Airlines said it will suspend 75% of its long-haul international flights from the U.S., beginning March 16 in response to decreased demand and government travel restrictions put in place to lessen the spread of COVID-19.

American Airlines had already reduced its capacity. This latest move, which was announced Saturday evening, will slash international capacity 75% year-over-year. The suspended service will last through May 6, the airline said, adding that it will cut back on flights gradually over the next seven days to re-accommodate passengers and crew.

American Airlines said it will continue to operate one flight daily from Dallas-Fort Worth to London, one flight daily from Miami to London. It will also continue to fly three times a week from Dallas to Tokyo . American Airlines will also continue short-haul international flying, which includes flights to Canada, Mexico, Caribbean, Central America and certain markets in the northern part of South America. American Airlines said it anticipates its domestic capacity in April will be reduced by 20% compared to last year and May’s domestic capacity will be reduced by 30% on a year-over-year basis.

Other airlines have reduced capacity, including Delta, Lufthansa and United. However, American Airlines’ actions surpass other reductions in service.

The reductions follow an executive order by President Donald Trump last week to ban non-U.S. citizens who are from or have recently been in China, Iran or 26 European countries from traveling to the United States for the next 30 days. The ban was extended on Friday to Ireland and the UK. 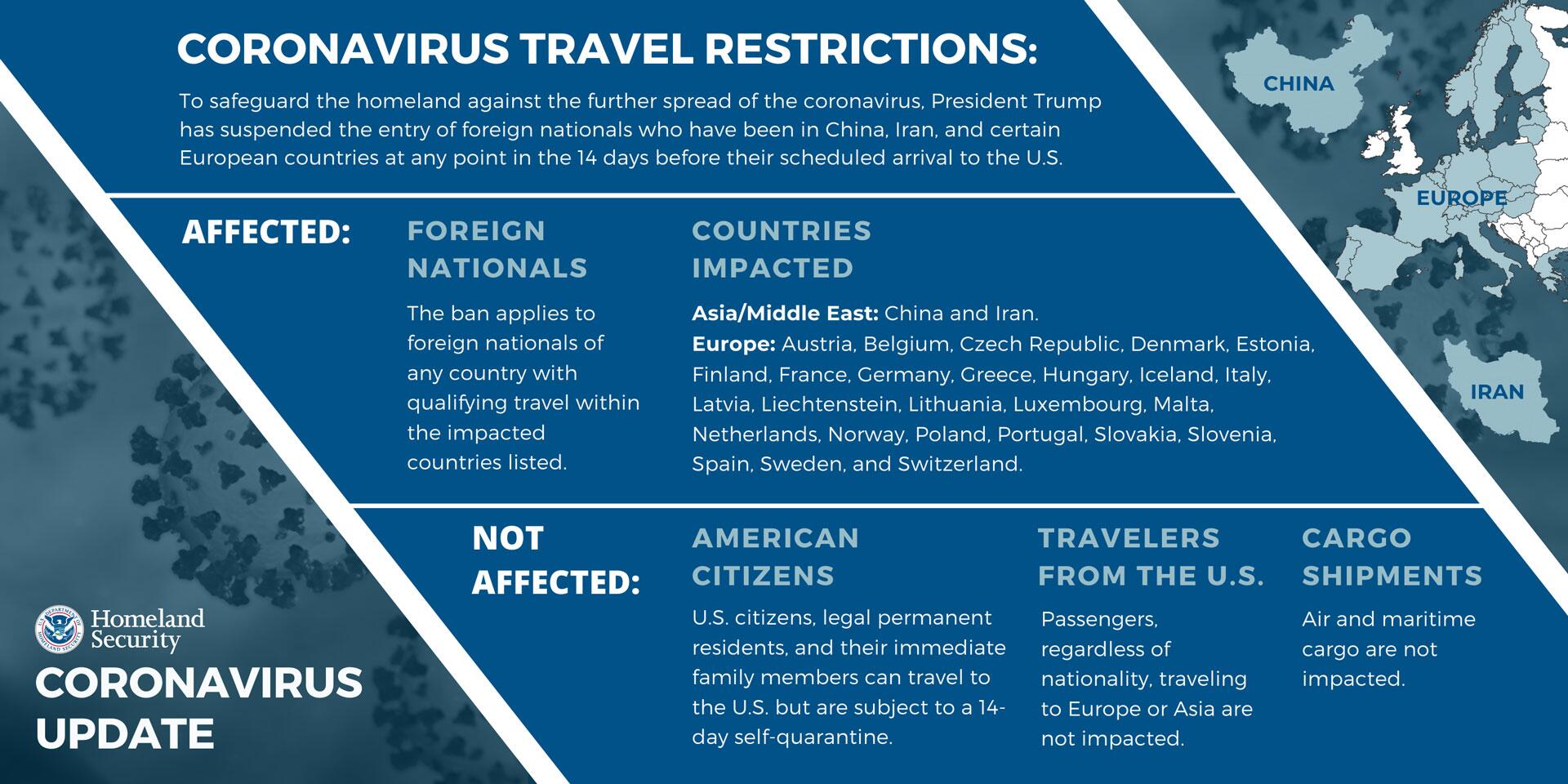 The Department of Homeland Security has also issued a Notice of Arrival Restrictions that requires American citizens, legal permanent residents and their immediate families who are returning home to the U.S. to travel through one of 13 airports upon arrival to the U.S., and then submit to an enhanced entry screening. They must then self-quarantine for 14 days once they reach their final destination, according to Homeland Security.

The 30-day travel ban does not apply to U.S. citizens or cargo.