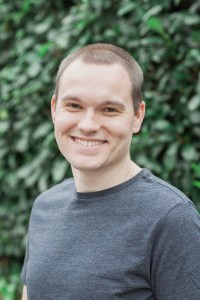 When Zapier was founded in 2011, it was a side project for three friends from Missouri who wanted to make it easier to connect any one web app to another. Nine years, millions of users and around 300 employees later, it’s one of the most highly valued companies to ever go through Y Combinator — and they did it all with a team that is entirely remote.

I chatted with Zapier co-founder and CEO Wade Foster to find out why they decided to go remote from the start, and how the company addresses the challenges of scaling up a distributed team. Here’s our chat, lightly edited for brevity and clarity.

Wade Foster: I’ll give you a little of the origin story.

We started as a side project… and side projects can’t afford offices. So we’re kind of working via coffee shops, our apartments, wherever we could get the job done.

We moved out to the Bay Area from Columbia, Missouri for [Y Combinator] . That summer, we were all three in the same apartment — the only time in the company’s life cycle where the whole company was together. At the tail end of that, Mike, one of my co-founders, moved back to Missouri to be with his then-girlfriend/now-wife as she was wrapping law school. So we were remote by necessity there.