David Renteln, the Los Angeles-based co-founder of Soylent and the co-founder and chief executive of new nicotine gum manufacturer Lucy Goods, thinks there should be a better-tasting, less-medicinal offering for people looking to quit smoking.

That’s why he founded Lucy Goods, and that’s why investors, including RRE Ventures, Vice Ventures and FundRX joined previous investors YCombinator and Greycroft in backing the company with $10 million in new funding.

“We reformulated nicotine gum and the improvements that we made were to the taste, the texture and the nicotine release speed,” said Renteln.

These days, any startup that’s working on smoking cessation or working with tobacco products can’t avoid comparisons to Juul — the multi-billion-dollar startup that’s at the center of the surge in teen nicotine consumption.

“The Juul comparison is something that’s obviously top of people’s minds,” Renteln said. “It’s important to note that there’s a huge difference in nicotine products.”

Renteln points to statements from former Food and Drug Administration chief, Scott Gottlieb (who’s now a partner at the venture firm New Enterprise Associates), which drew a distinction between combustible tobacco products on one end and nicotine gums and patches on the other.

“Nicotine isn’t the principle agent of harm associated with these tobacco products,” said Rentlen. “It’s addictive but not inherently bad for you.”

Lucy Goods also doesn’t release its nicotine dosage in a concentrated burst like vapes, which are designed to replicate the head rush associated with smoking a cigarette, said Renteln.

“It is a stimulant and they will get a sensation, but it’s not as intense as taking a very deep drag of a cigarette,” Renteln said.

The company’s website also doesn’t skew to young, lifestyle marketing images. Instead, there are testimonials from older, ex-smokers hawking the Lucy gum.

“I don’t want anyone underage using any nicotine product or any drug in general… [and] the flavors have been around for a long time.”

Joining Renteln in the quest to create a better nicotine gum is Samy Hamdouche, a former business development executive at several Southern California biotech startups and the previous vice president of research at Soylent.

For both men, the idea is to get a new product to market that can help people quit smoking — without a social stigma — Renteln said.

“Smoking is the leading cause of preventable death in the United States claiming over 480,000 lives every year and costing the U.S. an estimated $300 billion in direct health costs and lost productivity. Lucy is committed to bringing innovative nicotine products to the market to eliminate tobacco related harm and we’re proud to be part of their journey,” said RRE investor, Jason Black in a statement. 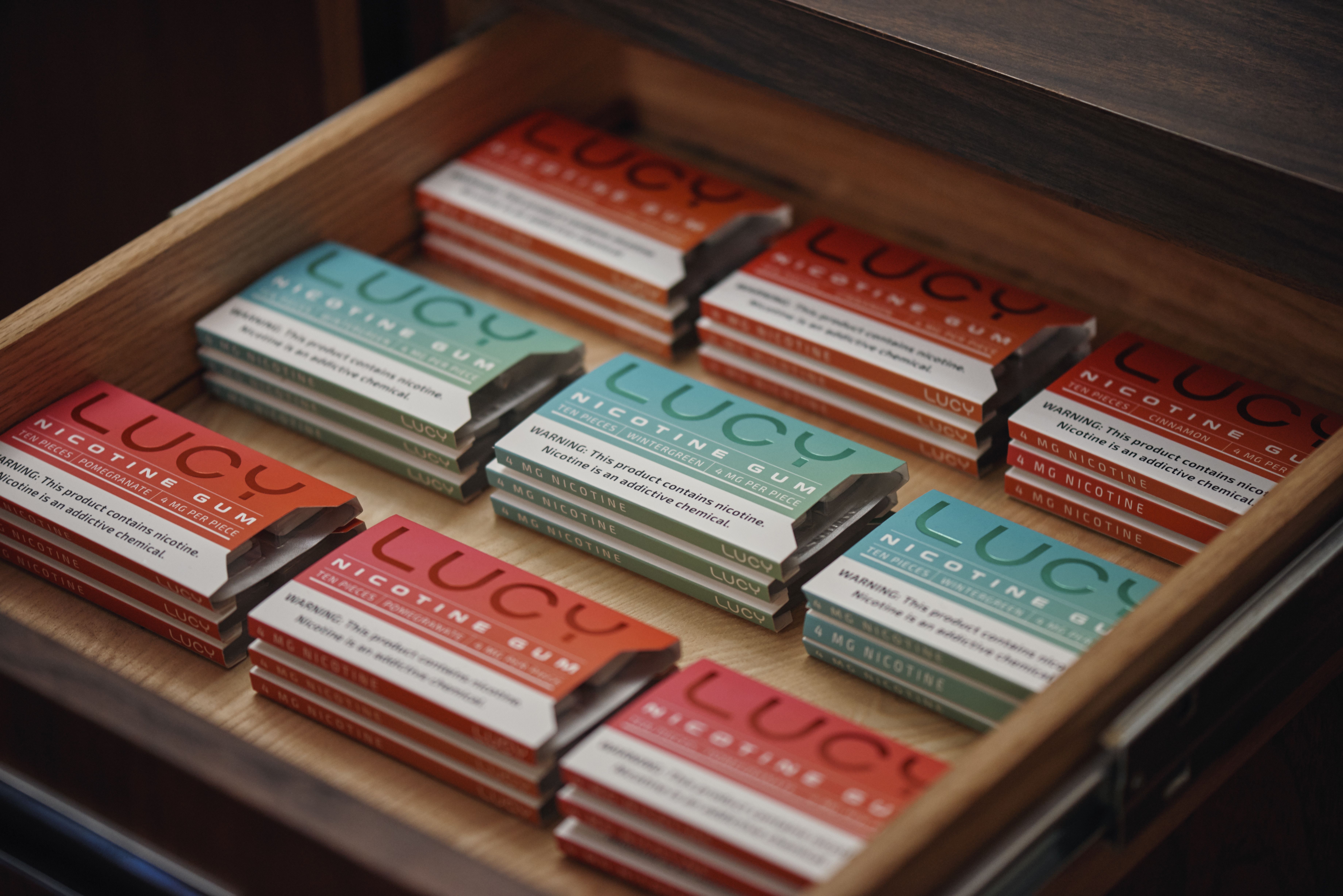