It’s the golden age of design for software companies. Designers are becoming more visible and popular on engineering teams, figuring out everything from the visuals of color palette and fonts to the deeper interaction flows and user experience journeys that underlie products. As my colleague Jordan Crook recently described, that popularity has translated into one of the big venture gold rushes to serve this newly empowered enterprise customer.

Design may be the next entrepreneurial gold rush

Yet, between the Figmas and the InVisions and the Adobes lies a very specific challenge for designers: finding a way to translate prototypes from their heads into usable products for engineers to build on. Most of the design tools on the market help designers build their own prototypes independently, or collaborate with other designers. Worse, they often are unable to handle the complexity of modern digital products, which can end up on a range of end devices.

That’s where ProtoPie comes in. The service empowers designers to create high-fidelity prototypes of products, including products that might end up in such places as digital display kiosks, automobile dashboard screens, mobile phones and others. The tool can also adapt prototypes based on readings from sensors like motion detection. Those prototypes, once accepted, can then be easily handed off to engineering teams for implementation.

In short, it’s “prototyping as easy as pie.”

The Seoul, South Korea-based company was founded by Tony Kim, a former designer at Google, along with two lead engineers at Samsung and Line. Kim left in December 2014 after getting fed up with existing design tools on the market and the lack of a clear winner in the interaction prototyping space. 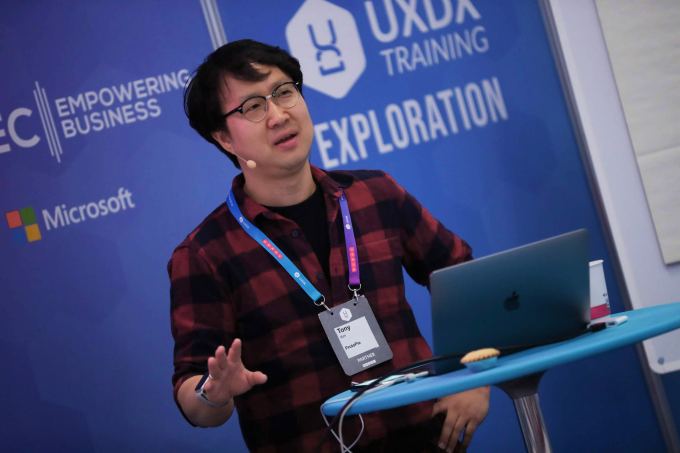 Over the past few years, he and his team have been building out the full feature set and growing the company within the design community following the product’s first launch in January 2017. Now, the company is charting a vastly growing curve following a switch to enterprise licensing last year, announcing today a $6.3 million expansion of its Series A round led by Vela Partners. The company has collected a total of $9.9 million in venture capital since its founding.

Jenna Yim, who is chief strategy officer, offered an example of a car manufacturer prototyping a product. Most existing software tools focus on validating user flow, so you “click, click, click, and see how the screens transition,” she explained. But what happens if those screens should change depending on whether the user is in the driver’s seat or passenger seat, or whether the car is traveling at high-speed and safety is a concern? ProtoPie is “a lot more expressive than other tools you might see,” she said. “Because of our concept model, we can also create the interaction between multiple device interactions without any code.”

The company says that it has 100,000 global paid users, with major deals with Microsoft, Google and other prominent tech companies. CEO Kim says that “even though we are based in Seoul, South Korea, most of our revenues come from outside of Korea … the U.S. market is one of the big parts, followed by Japan, Germany, and China.”

With the new funding, the company intends to expand its sales team in North America, potentially launching a more expansive headquarters there as well. Kim says he also wants to expand the product’s collaboration features like its content library, so that users can pull pre-made components from other designers online.

The startup currently has 33 people, mostly based out of its office in Gangnam, Seoul, and has an “everyone can work from everywhere” culture.