Kraftful, a company out of Y Combinator’s Summer 2019 class, doesn’t think so. Kraftful builds the myriad components that an IoT/smart home company might need, puzzle piecing them together into apps for each company without requiring them to reinvent the light switch (or the padlock button, or the smart thermostat dial) for the nth time.

Because no company wants an app that looks identical to a competitor’s, much of what Kraftful produces is built to be tailored to each company’s branding — all the surface-level stuff, like iconography, fonts, colors, etc. are all customizable. Under the hood, though, everything is built to be reusable.

This focus on finding the parts that can be built once makes sense, especially given the team’s background. CEO Yana Welinder and CTO Nicky Leach were previously head of Product and a senior engineer, respectively, at IFTTT — the web service made up of a zillion reusable, interlinking “recipe” applets that let you hook just about anything (Gmail, Instagram, your cat’s litter box, whatever) into anything else to let one trigger actions on the other. 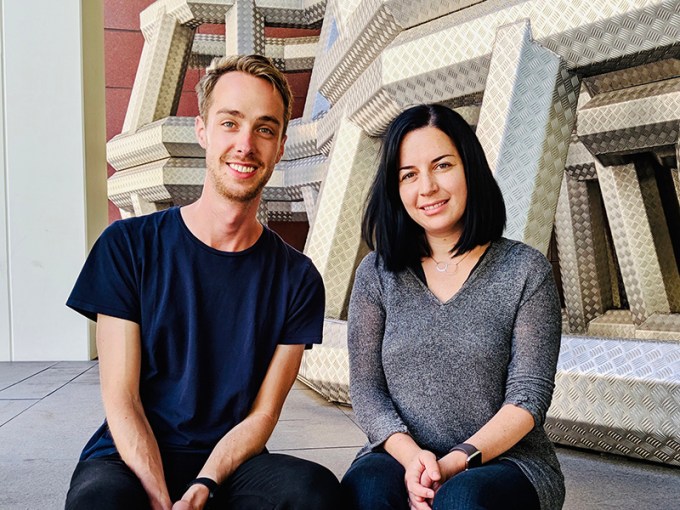 So why now? More smart devices are coming onto the market every day, many of them from legacy appliance companies that don’t have much (or any) history in building smartphone apps. Good apps are the exception — the Philips Hue app is one of the better ones out there, and even it’s a little wonky sometimes. Many of them are… really bad.

Bad apps get bad App Store reviews, and bad reviews dent sales. And even for those who dive in and buy it without checking the reviews first, bad apps means returned devices. According to this iQor survey from 2018, 22% of smart home customers give up and return the products before getting them to work.

“We kind of looked around and realized that 80% of all smart home apps have zero, one or two stars on the App Store,” Welinder tells me.

Knowing what’s working and what’s not with buyers is a strength of Kraftful’s approach; behind the scenes, they can run all sorts of analytics on how users are actually interacting with components in the apps they’re powering and adjust all of them accordingly. If they make a tweak to the setup process in one app, do more users actually get all the way through it? Great. Now roll that out everywhere.

“If you look at some of the leading smart lock apps, they all have very… very similar interfaces. They’ve basically gotten to a standardized user experience, but they’ve all be developed individually,” says Welinder. “So all of these companies are spending the resources designing and developing these apps, but they’re not getting the benefit of being standardized across the board and being able to leverage data from all of these apps to be able to improve them all at once”

Kraftful builds the app for both iOS and Android, tailors it to the brand’s needs, offers cloud functionality like push notifications and activity history, provides analytics for insights on how users are actually using an app and keeps everything working as OS updates roll out and as device display sizes grow ever larger.

Of course, the entire concept of a dedicated app for a smart home device has some pretty fierce competition — between Apple’s HomeKit and Google Home, the platform makers themselves seem pretty set on gobbling up much of the functionality. But most buyers still expect their shiny devices to have their own apps — something branded and purpose-built, something for the manual to point them to. Power users, meanwhile, will always want to do things beyond what the all-encompassing solutions like HomeKit/Home are built for.

Folks at Google seem to agree with Kraftful’s approach — the team counts the Google Assistant Investments Program as one of the investors in the $1 million they’ve raised. Other investors include YC, F7 Ventures, Cleo Capital, Julia Collins (co-founder of Zume Pizza and Planet Forward), Lukas Biewald (co-founder of CrowdFlower), Nicolas Pinto (co-founder of Perceptio) and a number of other angel investors.

Welinder tells me they’re already working with multiple companies to start powering their apps; NDAs prevent her from saying who, at this point, but she notes that they’re “some of the largest brands that provide smart lights, plugs/switches, thermostats and other smart home products.”