Nigerian digital payments startup Paga has acquired Apposit, a software development company based in Ethiopia, for an undisclosed amount.

That’s just part of Paga’s news. The Lagos based startup will also launch its payment products in Mexico this year and in Ethiopia imminently, CEO Tayo Oviosu told TechCrunch

The moves come a little over a year after Paga raised a $10 million Series B round and Oviosu announced the company’s intent to expand globally, while speaking at Disrupt San Francisco.

Paga will leverage Apposit — which is U.S. incorporated but operates in Addis Ababa — to support that expansion into East Africa and Latin America.

Behind the acquisition is a story threaded with serendipity, return, and collaboration.

Both Paga and Apposit were founded by repatriate entrepreneurs. Oviosu did his MBA at Stanford University and worked at Cisco Systems before returning to Nigeria.

Apposit CEO Adam Abate moved back to Ethiopia 17 years ago for an assignment in the country’s Ministry of Finance, after studying at Brown University and working in fintech in New York.

“I put together a team…to build…public financial management systems for the country. And during the process…brought in my best friend Eric Chijioke…to be a technical engineer,” said Abate.

The two teamed up with Simon Solomon in 2007 to co-found Apposit, with a focus on building large-scale enterprise software for Africa. 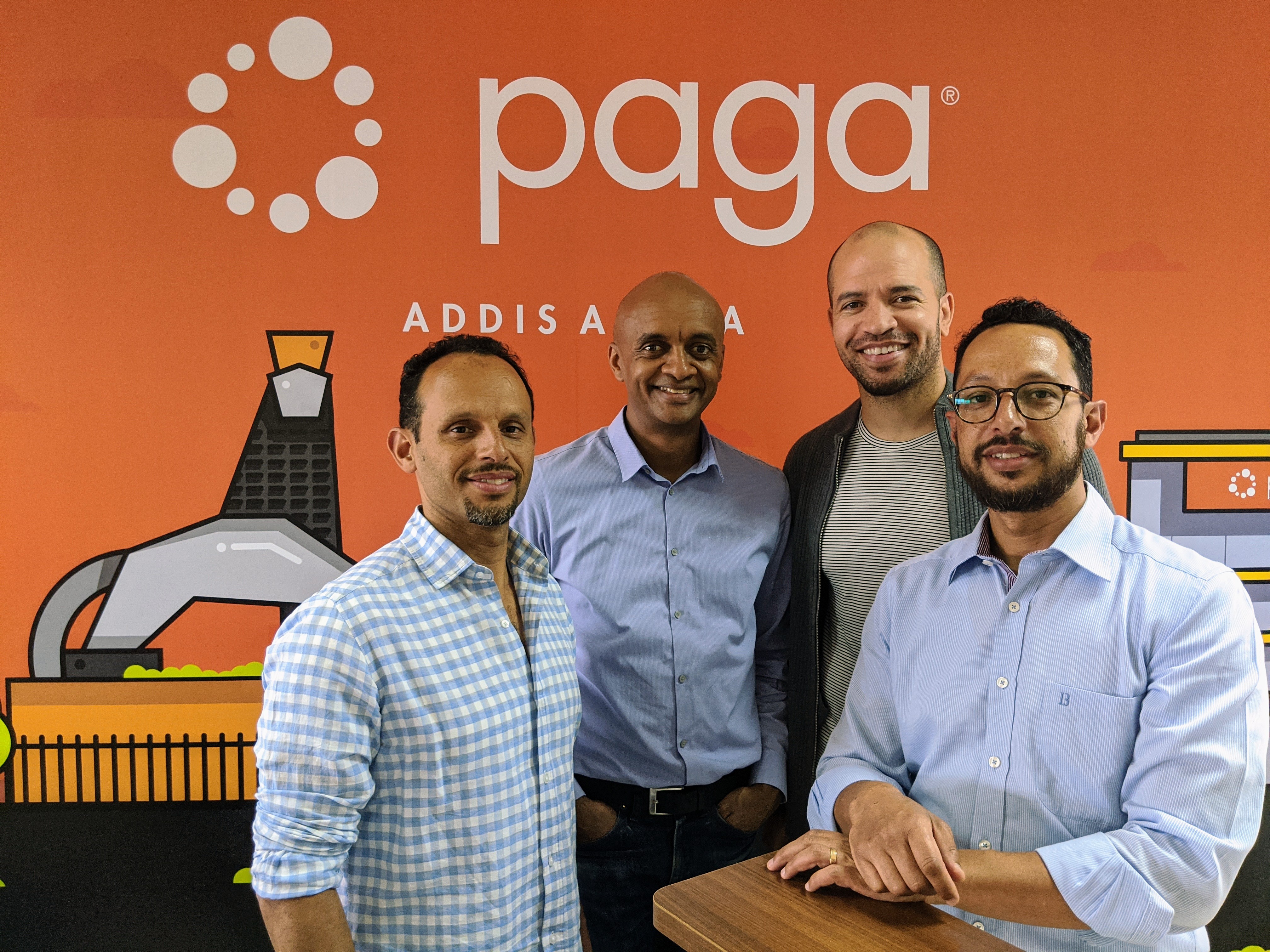 A year later, Oviosu met Chijioke when he crashed at his house while visiting Ethiopia for a wedding. It just so happened Chijioke’s brother was his roommate at Stanford.

That meeting began an extended conversation between the two on digital-finance innovation in Africa and eventually led to a Paga partnership with Apposit in 2010.

“We aligned ourselves as African entrepreneurs…which then developed into a close relationship where we became…investors in Paga and strategically aligned,” said Abate.

Fast forward a decade, and the two companies have come pretty far. Apposit has grown its business into a team of 63 engineers and technicians and has racked up a list of client partnerships. The company helped digitize the Ethiopian Commodities Exchange and has contracted on IT and software solutions with banks non-profits and brick and mortar companies.

Over that period, Oviosu and team went to work building Paga’s platform and driving digital payment adoption in Nigeria, home to Africa’s largest economy and population of 200 million.

That’s been no small task considering Nigeria’s percentage of unbanked was pegged as high as at 70% in 2011 and still lingers around 60%, according to The Global Findex database.

Paga has created a multi-channel network to transfer money, pay-bills, and buy things digitally. The company has 14 million customers in Nigeria who can transfer funds from one of Paga’s 24,411 agents or through the startup’s mobile apps.

Paga products work on iOS, Android, and basic USSD phones using a star, hashtag option. The company has remittance partnerships with the likes of Western Union and allows for third-party integration of its app.

Since inception, the startup has processed 104 million transactions worth $6.6 billion, according to Oviosu.

Paga plans its Mexico launch in 2020, according to Oviosu.

Adam Abate is now CEO of Paga Ethiopia, where Paga plans to go live as soon as it gains local regulatory approval. The East African nation of 100 million, with the continent’s seventh largest economy, is bidding to become Africa’s next startup hub, though it still lags the continent’s tech standouts — like Nigeria and Kenya — in startup formation, ISP options and VC.

Ethiopia has also been slow to adopt digital finance, with less than 1% of the population using mobile-money, compared to 73% for Kenya, Africa’s mobile-payments leader.

Paga aims to shift the financial needle in the country. “The goal is straight-forward. We want Ethiopians to use the Paga wallet as their payment account. So it’s about digitizing cash transactions and driving financial services,” said Oviosu. 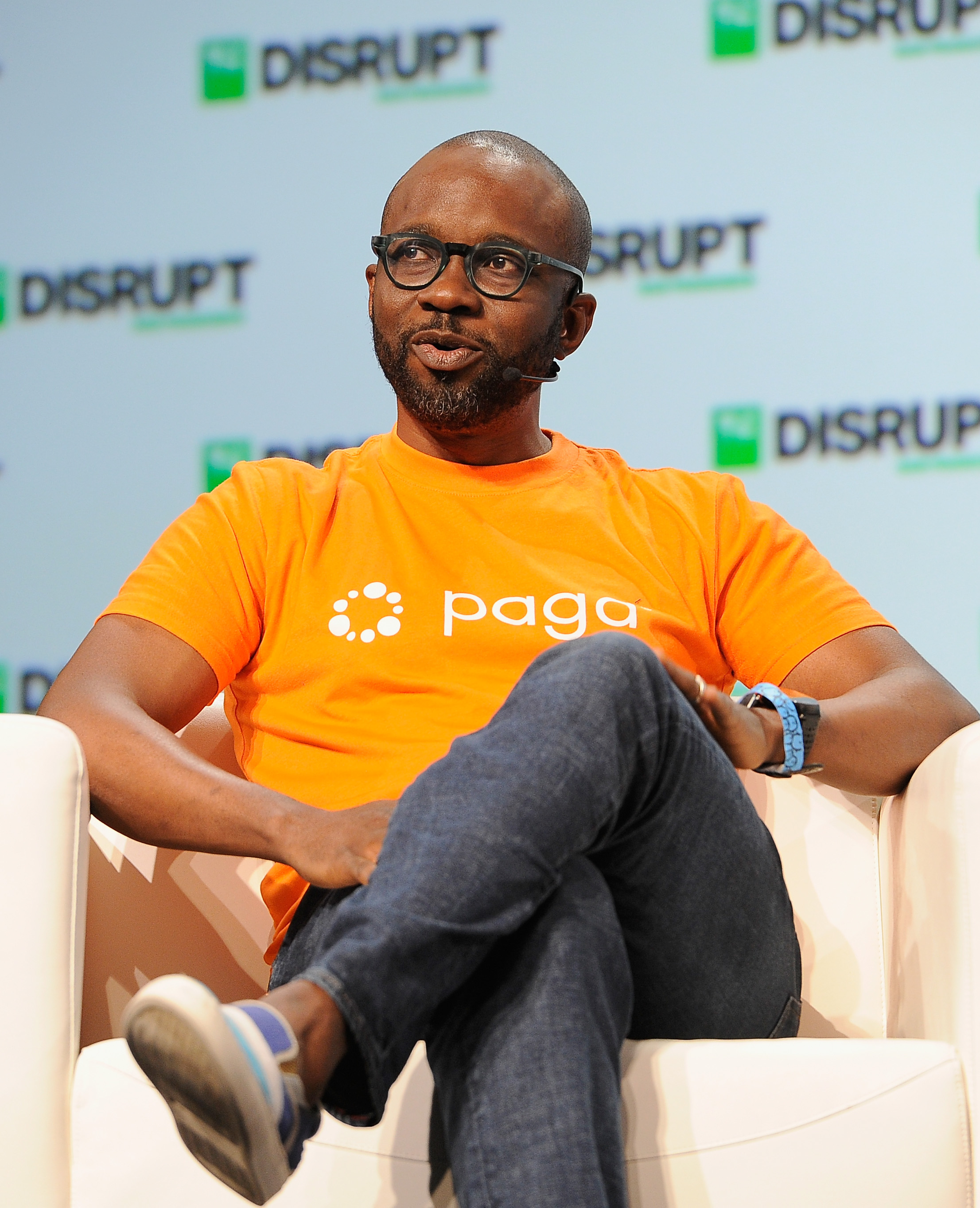 With the Apposit acquisition and country expansion, he also looks to grow Paga’s model in Africa and beyond, as an emerging markets fintech solution.

“There are several very large countries around the world in Africa, Latin America, Asia where these [financial inclusion] problems still exist. So our strategy is not an African strategy…We want to go where these problems exist in a large way and build a global payments business,” Oviosu said.

As it grows abroad, Paga faces greater competition in Nigeria. For the last decade, South Africa and Kenya — with the success of Safaricom’s  M-Pesa product — have been Africa’s standouts in digital payments.

But over the last several years, Nigeria has become a magnet for VC and fintech startups. This trend reached a high-point in 2019 when Chinese investors put $220 million into Opera owned OPay and Transsion backed PalmPay — two fledgling startups with plans to scale in Nigeria and broader Africa.

That’s a hefty war chest compared to Paga’s total VC haul of $34 million, according to Crunchbase.

Oviosu names product market fit and benefits from the company’s expansion as factors that will keep it ahead of these well-funded new entrants.

“That’s where the world-class technology comes in,” he said.

“We also take a perspective that we cannot build every use-case,” he said — contrasting Paga’s model to Opera in Africa, which has launched multiple startup verticals around its OPay product, from ride-hailing to food-delivery.

Oviosu compares Paga’s approach to PayPal, which allows third-party developers to shape businesses around PayPal as the payment solution.

With its Apposit acquisition and continued expansion, PayPal may become more than a model for Paga.