Google has fired another worker-activist: Kathryn Spiers. Spiers, who worked on the platform security team, was generally tasked with writing code for browser notifications to automatically notify employees of guidelines and company policies while surfing the web.

According to Spiers, Google fired her because she created a browser notification to educate her colleagues about their labor rights. What prompted Spiers to create the tool was the news of Google working with a union-busting firm, as well as Google’s alleged retaliation against employees for organizing.

The notification read, “Googlers have the right to participate in protected concerted activities.”

“Over my time at Google, I saw people go from full trust in Google — always giving them the benefit of the doubt — to [Google] using blanket excuses to target workers,” Spiers told TechCrunch. “The company has lost that sentiment from workers, and have repeatedly taken actions to reduce trust in Google, and as I said in my blog, ‘A less transparent Google is a less trustworthy Google.’ ”

In response to Spiers’ browser tool, Google allegedly suspended Spiers without warning. This happened the same day Google fired the Thanksgiving Four, who say Google fired them for organizing. Spiers says Google interrogated her three separate times about organizing activities and if she had any intention to disrupt the workplace.

“The interrogations were extremely aggressive and illegal,” she wrote on Medium. “They wouldn’t let me consult with anyone, including a lawyer, and relentlessly pressured me to incriminate myself and any coworkers I had talked to about exercising my rights at work.”

Fast forward to Friday, December 13 and Google terminated her for violating the company’s security policies.

“We dismissed an employee who abused privileged access to modify an internal security tool,” a Google spokesperson told TechCrunch. “This was a serious violation.”

In an email sent by Google VP of Technical Infrastructure Security & Privacy Royal Hansen to employees, he said Spiers created the pop-up without authorization from her team, and without a business justification.

“I want to be very clear: the issue was not that the messaging had to do with the NLRB notice or workers’ rights,” he wrote. “The decision would have been the same had the pop-up message been on any other subject.

He added, “As you know, we trust our employees to properly exercise their privileged access to our internal tools and systems. The decision to abuse the access she had as a Security Engineer was an unacceptable breach of a trusted responsibility.”

Now, Spiers is working with a lawyer to file an unfair labor practice claim. In the claim filed with the National Labor Relations Board, her lawyers states that Google’s interrogation and termination of her “was done to attempt to quell Spiers and other employees from asserting their right to engage in concerted protected activities.”

As she outlined on Medium, other Google employees have modified code to make their jobs easier, and to share hobbies or interests. She also pointed to how, during the walkouts last year, someone changed the default desktop wallpaper to the Linux penguin holding a protest sign.

“The company has never reacted aggressively in response to a notification such as this in the past,” Spiers wrote. “It’s always been a celebrated part of the culture.” 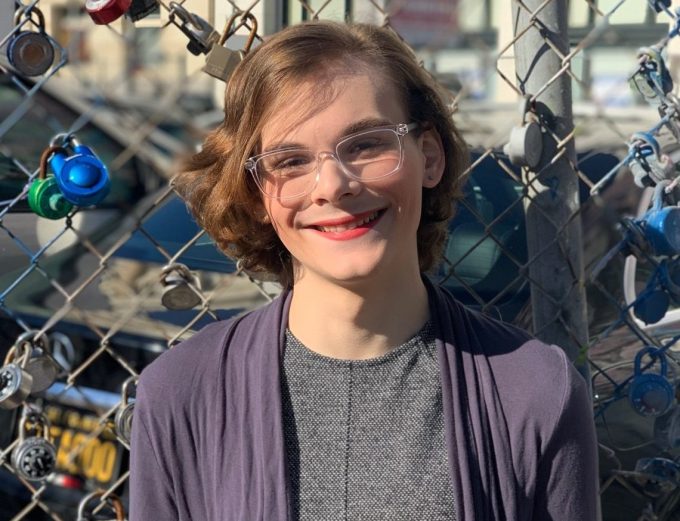 This all comes after the Thanksgiving Four filed a complaint with the National Labor Relations Board, arguing Google fired them for organizing, which is a protected activity. In November, Google put Rebecca Rivers and Laurence Berland on leave for allegedly violating company policies. At the time, Google said one had searched for and shared confidential documents that were not pertinent to their job, and one had looked at the individual calendars of some staffers. Following a protest in support of the two, Rivers and Berland, along with two other employees, were fired.

The Thanksgiving Four all organized around a variety of topics, including Google’s treatment of its temporary, vendor and contractor workers, Google’s alleged retaliation against employees who organized, the company’s work with Customs and Border Protection and more.

Spiers similarly organized around a variety of issues. In her first week at Google, she signed the letter demanding Google not renew its military drone contract. She has also organized around Google’s relationship with CBP.

“Google should not be helping CBP enforce racist and xenophobic immigration policy,” Spiers said. “I posted some comments internal to Google about its relationship with CBP, which were removed by the community moderation team.”