Long before Instagram toyed with removing “likes,” VSCO, an Oakland-based photo-sharing and editing app, built a community devoid of likes, comments and follower counts. Perhaps known to many only because of this year’s “VSCO girl” meme explosion, the company has long been coaxing the creative community to its freemium platform. Turns out, if you can provide the disillusioned teens of Gen Z respite from the horrors of social media — they’ll pay for it.

VSCO is on pace to surpass 4 million paying users in 2020, up from 2 million paying users in late 2018, the company said. Approaching $80 million in annual revenue, VSCO charges an annual subscription fee of $19.99 for access to a full-suite of mobile photo-editing tools, exclusive photo filters, tutorials and more. For no cost, users can access a handful of basic VSCO filters, standard editing tools and loads of content published by other users in VSCO’s photo feed.

In recent months, the company’s Oakland headquarters has swelled to 150 employees, an increase of 50% from 2018, with a new office in Chicago expected to fit several dozen more. The company, which counts 100 million registered users to date, has also recently inked a partnership with Snap. Together, they’ve launched Analog, VSCO’s first-ever Snapchat lens, in a deal that hints at a future acquisition. Needless to say, VSCO co-founder and chief executive officer Joel Flory is feeling pretty optimistic ahead of his company’s eighth birthday.

“When you walk into a museum, you don’t see the net worth of the artist,” Flory tells TechCrunch. “You don’t see how many people have walked through the museum. There’s not a space for people to write comments and leave stickers. It’s a moment. It’s for you. You get to sit in front of a piece of work, a piece of art. And does it move you? Does it speak to you? Are you able to learn something from it? Does it inspire you to go do something? How can we create a space in which you could do that online? That was our initial insight.”

Flory, a 40-year-old former wedding photographer, wears a grey Oakland Roots sweatshirt and a black Oakland Athletics hat when I meet him at VSCO’s offices on Oakland’s Broadway Avenue in November. He doesn’t look like the Gen Z whisperer I expected to meet, and his responses to my questions about the “VSCO girl” meme paint a picture of a CEO who’s inadvertently connected with a generation 20 years his junior. “It’s a sense of caring about the environment and kind of caring about causes that have a meaning and impact,” Flory said of “VSCO girls,” who have more-oft been described as 21st century valley girls or “annoying, white hopeless romantics.”

On one hand, we were ahead of the curve. But I think we were just being true to who we are. VSCO CEO Joel Flory

Regardless of Flory’s ability to decode Gen Z, VSCO continues to be beloved by millions of teenagers and young adults worldwide. Without selling ads or customer data, VSCO has developed a sustainable subscription-based business and written a new playbook for social media businesses in a world where Facebook’s advertising-based model is king. For those fed up with platforms that have facilitated bullying and failed to prioritize privacy, VSCO may be a protective corner of the internet.

“The creator always wins, the community always wins, who’s paying us wins and VSCO wins,” Flory said. “It sounds simple, but this creates a business model in which our business is not extracting value from any one group to give to someone else. It’s this direct relationship with who’s paying us.” 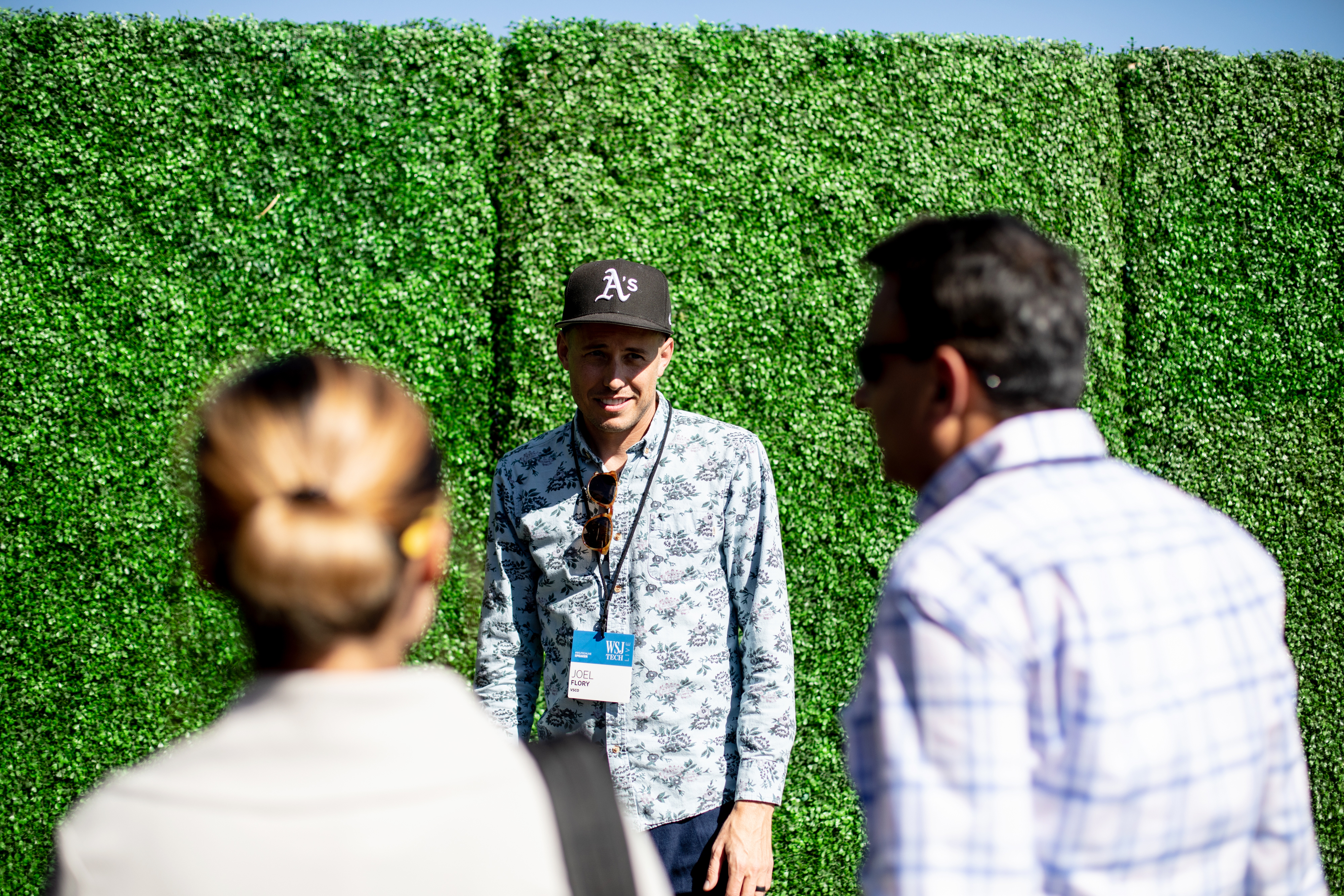 A sense of belonging

Hot off the heels of a rare moment in the spotlight, VSCO, reportedly valued at $550 million, is ripe for a new round of funding. Flory, naturally, remained mum on any plans to sell the company or raise additional capital. But he was ready and willing to speak to the company’s untraditional path and the unique connection it has fostered with its users.

Flory tells me 75% of VSCO’s registered users and 55% of its paying subscribers are younger than 25, giving the company a small foothold into the most coveted demographic. On top of that, the hashtag #VSCO has been viewed 4 billion times on the immensely popular video sharing app Tik Tok, again according to the company’s own statistics, and another 450 million times on Instagram. With 40 million monthly active users — Facebook had 2.45 billion monthly active users as of September, for context — VSCO is by no means a competitor to Facebook, Facebook-owned Instagram, Snap or Twitter. What it is, however, is a leader in the new era of social media, in which users demand more transparent, equitable relationships with social platforms.

“[Gen Z] knows what each platform is good for and what the downfalls of each are,” Flory said. “They are actively making investments in creativity and in their mental health, and they are seeking out a space where they can be who they are. And the fact that they’re even talking about mental health, anxiety, depression and compare culture — it took me so long in life to be able to articulate what I was feeling … They’re putting their money and time in brands and causes that they care about. And so for us, that’s why I think we’ve seen a lot of our growth.”

Flory and VSCO co-founder Greg Lutze, a long-time creative director-turned-chief experience officer, began building VSCO, an acronym for Visual Supply Co., in 2011. Facebook was more than six years old and mere months from hitting the 1 billion monthly active user milestone when VSCO launched its first product, a photo-editing plug-in for Adobe Lightroom and Photoshop. Instagram, for its part, was a burgeoning photo-based social network that had launched the year before to “ignite communication through images.” Unlike Facebook’s Mark Zuckerberg, who famously created Facebook in his Harvard dorm room, or Instagram’s founding CEO Kevin Systrom, a former Google employee, Flory and Lutze had absolutely no experience in the tech or startup world. The pair banded together to build something focused around the creative community — not to construct a venture-backed startup.

“We wanted to provide the tools for you to express yourself and then a space for you to do that, one that was void of the pressures around likes and comments that create this compare culture, which wasn’t even prevalent yet,” Flory said. “Now we’re seeing this played out on a large scale. So on one hand, we were ahead of the curve. But I think we were just being true to who we are.”

The business is growing in a way that we’ve never seen before. VSCO CEO Joel Flory

After launching VSCO as an Adobe plug-in, improved camera capabilities on smartphones motivated the business to change course. In the spring of 2013, the business launched its mobile app, a free photo-editing tool with in-app purchases and an affiliated community. The app reached 1 million downloads one week later and would eventually adopt a freemium model to earn money from its power users. Since its app launch, VSCO has remained a top-five grossing photo app on Apple’s App Store. 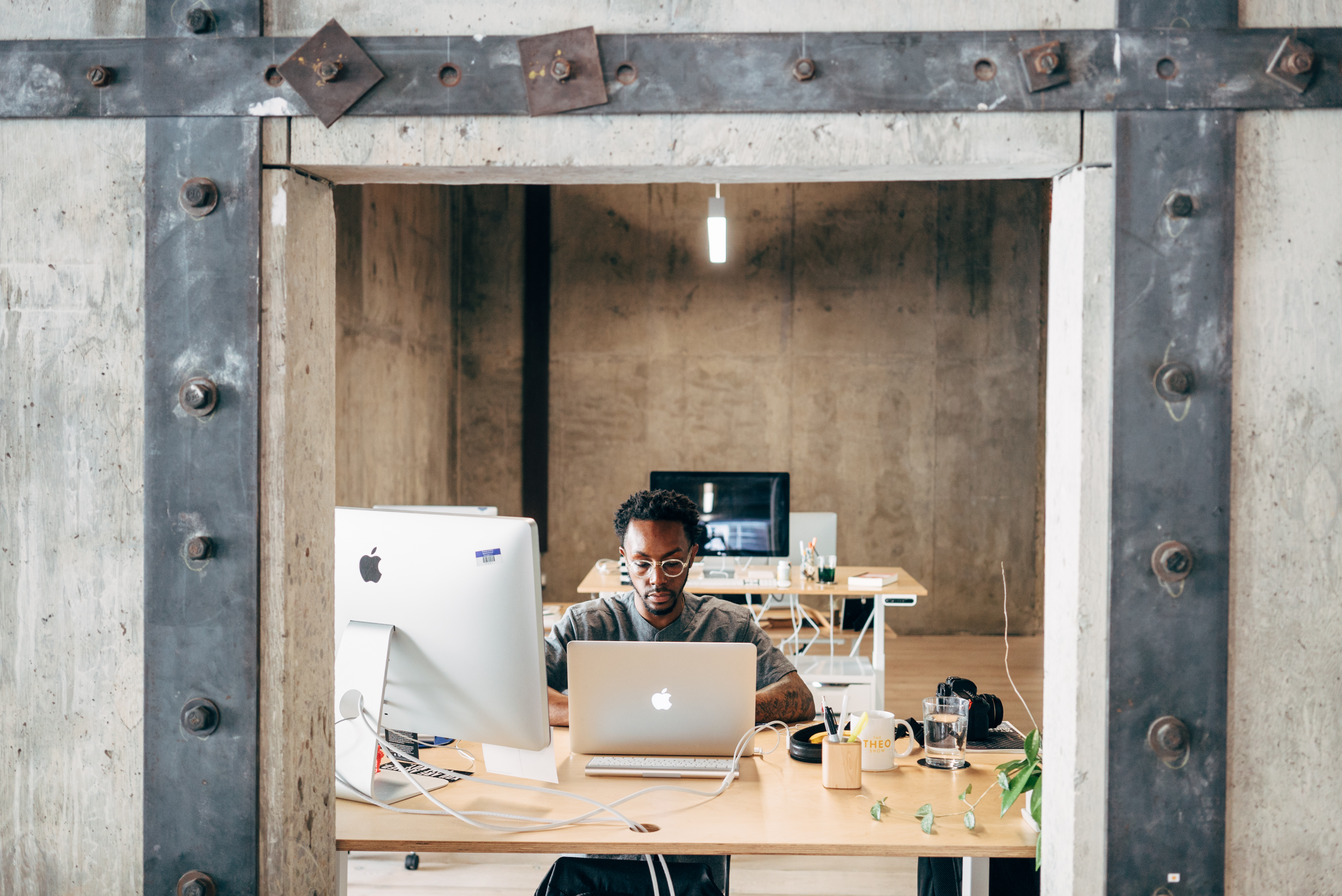 Though seldom mentioned on the venture capital and startup blogs, VSCO is indeed supported by VC dollars. Before its subscription revenue could sustain the business, the company brought in $90 million in VC funding from Accel, Glynn Capital Management, Obvious Ventures and Goldcrest Investments, closing its most recent round in 2015.

Flory and Lutze never sought venture funding. The former photographer and creative director didn’t have connections to venture capitalists or an in at a particular firm. Instead, Accel partners Vas Natarajan and Ryan Sweeney approached VSCO with “a thesis around the importance of design and creativity in the future,” Flory said, and quickly formed an alliance. Today, VSCO isn’t profitable, though it has been in the past, Flory said. It did, however, operate at “near break-even” last year — an accomplishment today as startups often lose hundreds of millions of dollars on an annual basis. With a valuation of $550 million, which Flory would neither confirm or deny, VSCO plans to invest heavily in growth next year.

As for the “VSCO girl” meme explosion, largely a mockery of white middle-class, social-media-savvy teenagers, it provided a jolt of publicity for a nearly decade-old company lost in the shadow of the giants. Though the meme entered the internet’s zeitgeist many months ago, the company is still riding a wave of press (and likely downloads) tied to its popularity. For many, the VSCO girl was their first encounter with VSCO, while for others, the photo-editing and sharing tool has been a fixture of their home screen for years.

As Instagram explores hiding likes in a bid to promote user health and other social media companies realize the importance of safety, security and mental wellness, VSCO may see its unique identity fade. Regardless, Flory says he wants other platforms to realize the impact of likes: “I honestly hope everyone thinks about what’s good for people’s mental health and builds more products that have a positive impact than a negative impact.”

Instagram’s experiments aside, VSCO is gearing up for another banner year, packed with plans for new features and products entirely. In our chat last month, Flory mentioned video design, publishing and editing, as well as illustration, as areas of interest for the now established photo-editing tool.

“The business is growing in a way that we’ve never seen before,” Flory said. “And what it’s doing is opening all of these new areas of opportunity. We’re focused on not only how you create content and how you edit content, but ultimately, how you tell a story with that content.”