Vancouver-based mobility startup Damon Motorcycles has entered the EV arena with a preview of its first e-moto, the Hypersport Pro.

The seed-stage company had previously focused on creating digital safety technology — like its 360-degree radar detection system — to augment two-wheelers made by other manufacturers.

Damon has determined to create its own EV model designed to overcome common flaws it sees in existing motorcycle offerings.

“We are for the first time being black and white about the fact that we are a full-on producer and we have a motorcycle we’re going to unveil at CES,” Damon Motorcycle founder and CEO Jay Giraud told TechCrunch.

That machine is the fully electric Damon Hypersport Pro. The news is a pre-announcement ahead of the full January debut, so Giraud would not offer much in the way of core specs — such as price, range, charge-time and performance.

He was clear the motorcycle is meant to be a direct competitor to the latest e-motos released by Harley-Davidson and California-based venture Zero Motorcycles — and to the gas-motorcycle market overall.

“We’ve come at this and the motorcycle problem in a way that no other company has,” Giraud explained.

“We’re trying to change the industry by addressing the issues of safety and handling and comfort and the problems that have persisted with everyone in the industry, including all the e-moto companies today.”

Damon’s Hypersport Pro is designed around the company’s CoPilot system, which uses sensors, radar and cameras to detect and track moving objects around the motorcycle, including blind spots, and alert riders to danger.

Damon has also taken on the problem of one-size-fits-all in motorcycle design, integrating a system on its Hypersport Pro that allows for adjustable ergonomics. The startup’s debut model will allow riders to electronically shift the motorcycle’s windscreen, seat, footpegs and handlebars to accommodate for different positions and conditions — from more upright city riding to more aggressive high-speed runs.

Damon Motorcycles is taking pre-orders for its Hypersport Pro and will skip dealers, opting to use a direct-sales and service model similar to Tesla. The startup’s Vancouver facility is equipped to build 500 motorcycles a year, according to Giraud. 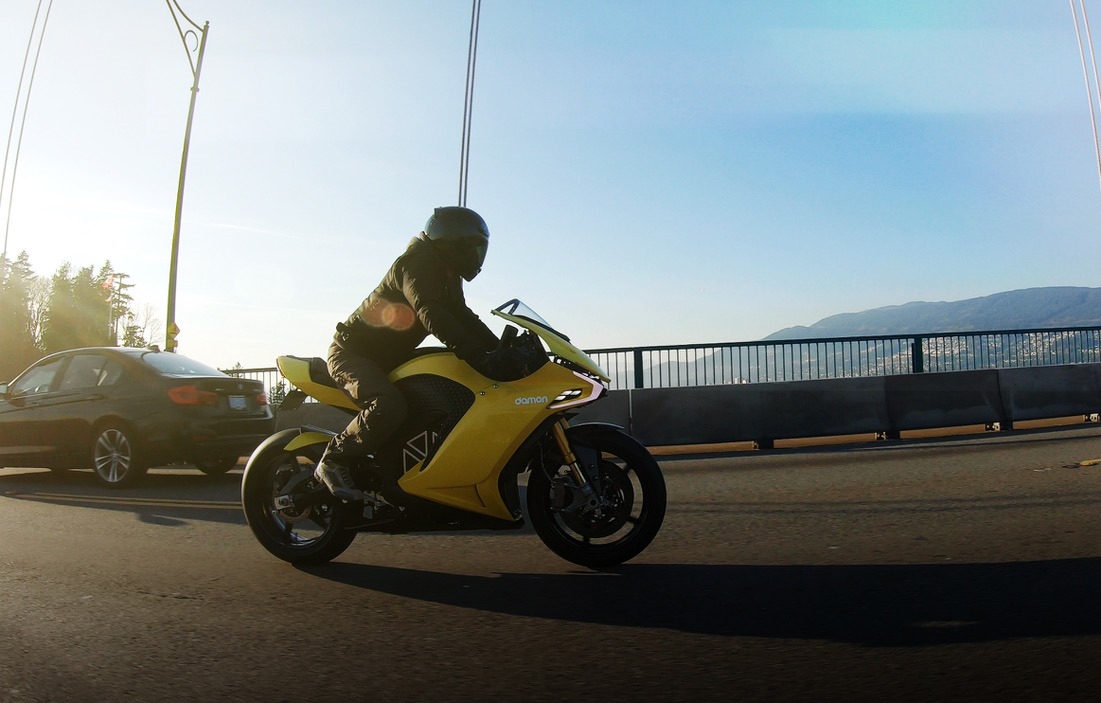 The company recently brought on Derek Dorresteyn, the former CTO of e-moto startup Alta, as its COO. Full specs of the Hypersport Pro will come next month at CES, but Giraud did offer a glimpse, saying it would be more competitive and more powerful than existing e-moto offerings.

Harley-Davidson released its first e-motorcycle — the $29K LiveWire — in 2019 and California EV startup Zero Motorcycles launched its $19K SR/F, both in bids to go take e-motos mass-market. Aside from the price-gap, both have comparable charge times (about an hour), performance and range (around 100 miles for combined city and highway riding).

The U.S. motorcycle industry has been in pretty bad shape since the recession. New sales dropped by roughly 50% since 2008 — with sharp declines in ownership by everyone under 40 — and have never recovered.

Harley-Davidon’s EV pivot is likely to bring e-moto offerings from the other large gas manufacturers, such as Honda and Yamaha, which are also attempting to revive sales to younger riders. 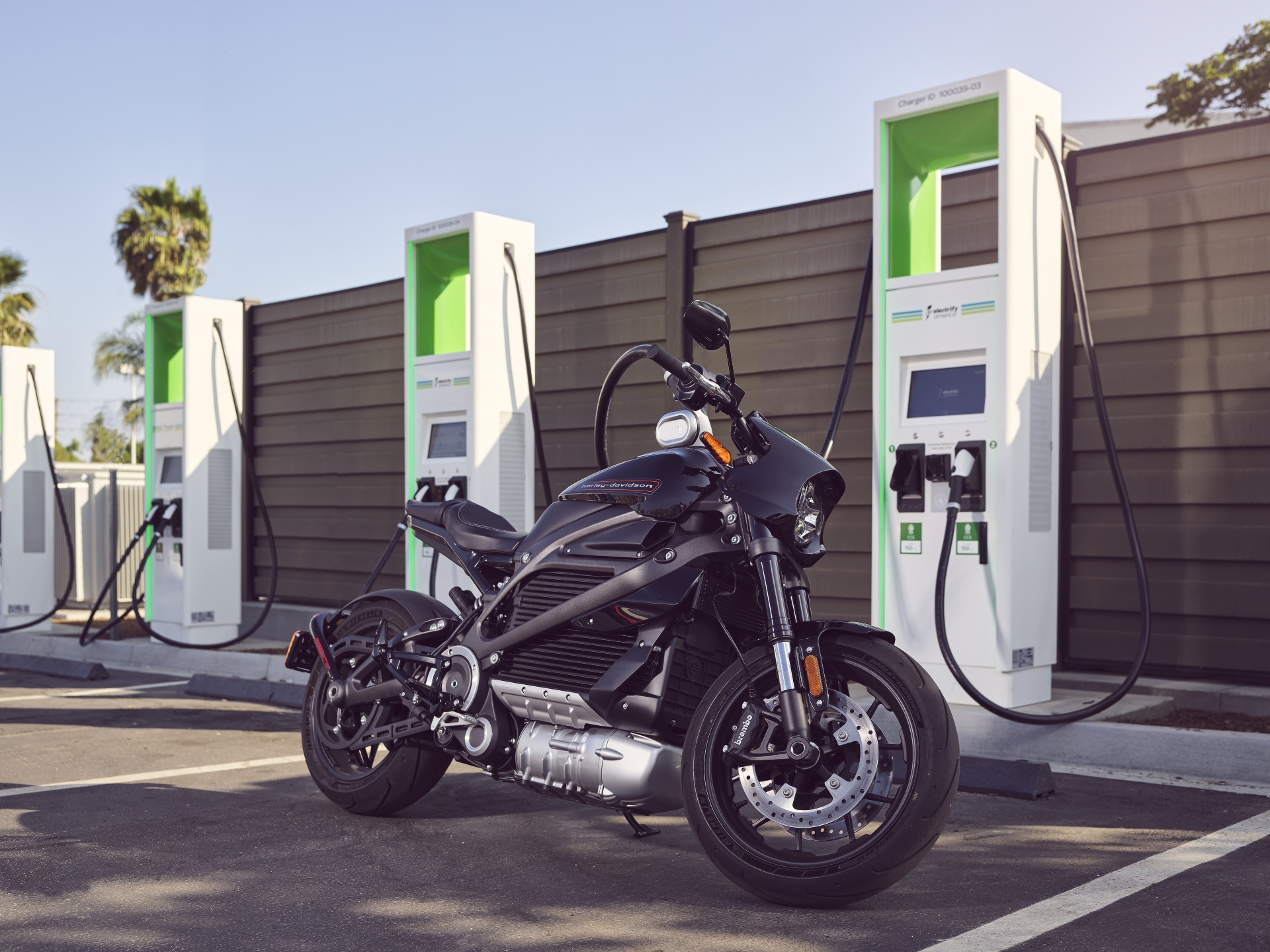 With Damon’s pivot to e-moto production, the startup is not alone. Italy’s Energica is expanding distribution of its high-performance EVs in the U.S. Other competitors include e-moto startup Fuell, with plans to release its $10K, 150-mile range Flow in the near future.

Of course, there have already been some speed bumps and market attrition, with three e-moto startups — Alta Motors, Mission Motors and Brammo — forced to power down over the last several years.

So how does Damon Motors plan to succeed as a new entrant in a motorcycle market with stagnant new bikes sales and increased EV competition from established OEMs and startups?

“We have so many advantages the others don’t have and we’re leveraging everyone of their weaknesses,” founder Jay Giraud said. The company’s direct-sale model will lend to more competitive pricing and higher margins for R&D, he said.

Then there are what Damon Motorcycles sees as its Hypersport Pro’s purposely designed comparative advantages over existing manufacturers.

“You’re gonna love the horsepower and range and all that good stuff, but that’s not what makes Damon different from every one else,” explained Giraud.

“What’s different is that it’s a safer motorbike with the safety features and transforming ergonomics that will keep you from smashing into someone’s car,” he said.

Not crashing into other people’s cars is certainly a compelling feature to offer in a motorcycle. Time and sales will ultimately tell how Damon fares in the inevitable cycle of events — profitability, failure, acquisition — that will play out in the increasingly competitive e-moto space.