AT&T and WarnerMedia just announced the pricing of their HBO Max streaming service, along with sharing more details about the timing and content lineup.

The service will cost $14.99 per month — the same price as HBO Now. WarnerMedia also says it will be free for HBO Now subscribers and for viewers who subscribe to HBO via AT&T. And it will launch in May of next year.

The announcement came at an event for investors and media, where HBO’s Casey Bloys also revealed that the network has greenlit a Game of Thrones spin-off called “House of the Dragon,” based on George R.R. Martin’s book of Westerosi history, “Fire and Blood “(perhaps explaining why a previously announced spin-off that was recently canceled).

The company also revealed that HBO Max will be the exclusive streaming home of “South Park.” Plus, Elizabeth Banks, Issa Rae and Mindy Kaling are all developing new shows for the service — and “Arrow” and “Riverdale” producer Greg Berlanti announced that he’s working on the new DC Comics-related titles “Green Lantern” and “Strange Adventures.”

Today’s presentation began with lots of commentary about all the corporate synergies between AT&T, WarnerMedia (which AT&T acquired last year) and the service’s namesake HBO.

WarnerMedia’s entertainment and direct-to-consumer chairman Bob Greenblatt said HBO Max will have 10,000 hours of content at launch, including the HBO library, films from Warner Bros. and original content “appealing to all the younger demos.” Ten thousand hours sounds like a lot, but Greenblatt acknowledged it’s less than some competitors (presumably Netflix): “We actually think our value proposition improves when we narrow some of the options.” 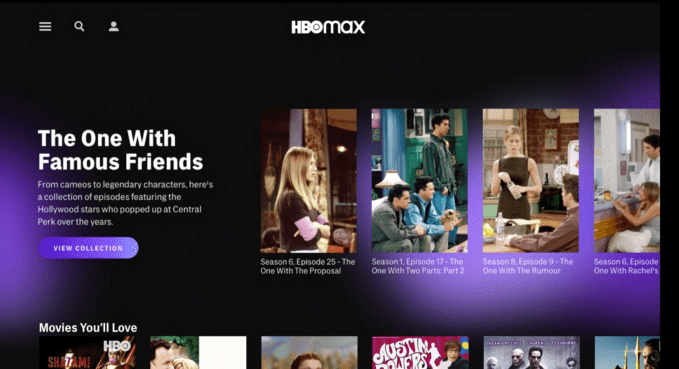 HBO Max Chief Content Officer Kevin Reilly made a similar point, noting that on average, half of the usage on subscription streaming services comes from the top 100 titles, so “quality over quantity” is important. To illustrate that quality, he pointed to titles like “Sesame Street,” as well as the “Lord of the Rings” movies, “The Hobbit” movies, “The Matrix” trilogy and “The Conjuring” films, plus every Superman and Batman movie from the past 40 years.

“We’re all-in with DC and the associated brand-love that DC generates,” Reilly said.

He also noted the service will stream the 90’s classic “Friends,” as well as “The Big Bang Theory,” for which it reportedly paid over $1 billion.

As for originals, Reilly said the company plans to launch 31 Max Originals series (combined with HBO series, that makes for 69 original shows on HBO Max in its first year). Half of them, apparently, will be targeted at a young adult audience, with most of the episodes released on a weekly basis — Reilly argued that this allows for more cultural impact, “rather than fading quickly after a binge and burn.”

In terms of the product itself, WarnerMedia’s Executive Vice President Andy Forssell argued that “despite a decade of SVOD evolution, it’s still too hard to find something to watch,” and said HBO Max will “blend the smart use of data with real human touch, and present them via novel product experiences.”

He then showed off how the service will include curated highlights sections focusing on things like episodes of “Friends” with high-profile guest stars. Forssell acknowledged that this might not seem revolutionary, but he argued that it offers a “significant deviation from how SVOD services have used screen real estate.”

It will also expand HBO’s Recommended by Humans feature, where celebrities and other real people can recommend their favorite movies and TV shows. And there will be kids’ profiles and shared profiles — so that the watching you do with others won’t interfere with the progress and recommendations from your own solo viewing. 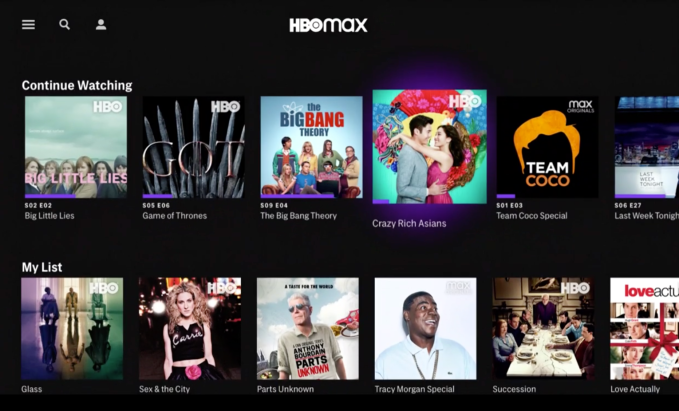 In July, AT&T first announced its plans for HBO Max, but the details around launch and pricing weren’t yet known. Instead, the attention so far has been on HBO Max’s content lineup.

The service aims to capitalize on HBO’s reputation for premium fare to attract consumers — many of whom already pay $15 per month for HBO Now. But it will pad that HBO library with a combination of programming from other WarnerMedia properties, like Cinemax, New Line, DC Entertainment, Warner Bros., The CW, CNN, TNT, TBS, TruTV, Turner Classic Movies, Crunchyroll, Adult Swim, Cartoon Network, Rooster Teeth, Looney Tunes and others.

We now know HBO Max will be home to “Game of Thrones” and its upcoming spin-offs, plus favorite HBO series like “The Sopranos,” “Sex and the City,” “Deadwood,” “Westworld” and others.

More recently, HBO Max has announced a new documentary on Anthony Bourdain, an overall deal with Lisa Ling, a documentary about Amy Schumer, a Melissa McCarthy comedy film, a documentary with Monica Lewinsky and a new deal with J.J. Abrams’ Bad Robot (the deal allows Bad Robot to make TV under the WarnerMedia umbrella and then sell it to other streaming services).

Abrams was part of today’s event. He said it’s too early to announce any specific programming under the new deal — Bad Robot already works with HBO on titles like “Westworld,” and Abrams has a new show in the works called “Demimonde” — but he declared, “There’s no company that values storytelling more than WarnerMedia.”

And for classic movie lovers who mourn the loss of FilmStruck, Warner Bros. CEO Ann Sarnoff said the service will offer a rich library of films from the Warner Bros. and MGM catalog, curated titles from Turner Classic Movies, as well as “decades and decades of more great titles from The Criterion Collection.”

AT&T said on Monday it plans to spend about $2 billion on the service over the next two years and aims to sign up some 50 million subscribers by 2025.

The service will arrive at a time when competition in the streaming market is heating up. Netflix, Hulu and Amazon Prime Video’s successes have paved the way for new entrants like Apple TV+, which launches Friday, and Disney+, which arrives mid-November. NBCU is also joining next year with its streaming service Peacock, which will offer “The Office” and other classic shows, alongside new originals, like a “Battlestar Galactica” reboot.

These streamers are gaining at the expense of traditional TV, which has impacted other parts of AT&T’s business.

Eventually, AT&T’s plan is to merge its AT&T TV Now live TV service into HBO Max and add on a discounted ad-supported tier to HBO Max to make it more affordable.