As designers grow both in sheer numbers and within the hierarchy of organizations, design tool makers are adapting to their evolving needs in different ways. Figma, the web-based collaborative design tool, is taking a note from the engineering revolution of the early aughts.

“What if there were a GitHub for designers?” mused Dylan Field, early on in the lifecycle of Figma as a company. Today, that vision is brought to life with the launch of Figma Community. (Figma Community is launching in a closed beta for now.)

In a crowded space, with competitors like Adobe, InVision, Sketch and more, Figma differentiates itself on its web-based multiplayer approach. Figma is a design tool that works like Google Docs, with multiple designers in the same file, working alongside one another without disrupting each other.

But that’s just the base level of the overall collaboration that Figma believes designers crave. Field told us that he sees a clear desire from designers to not only share their work, whether it’s on a portfolio webpage or on social media, as well as a desire to learn from the work of other designers.

And yet, when a creative shares a design on social media, it’s just a static image. Other designers can’t see how it went from a blank page to an interesting design, and are left to merely appreciate it without learning anything new.

With Figma Community, designers and even organizations can share live design files that others can inspect, remix and learn from.

For example, the city of Chicago has set up a profile on Figma Community for other designers to follow the city’s design system in their own materials. 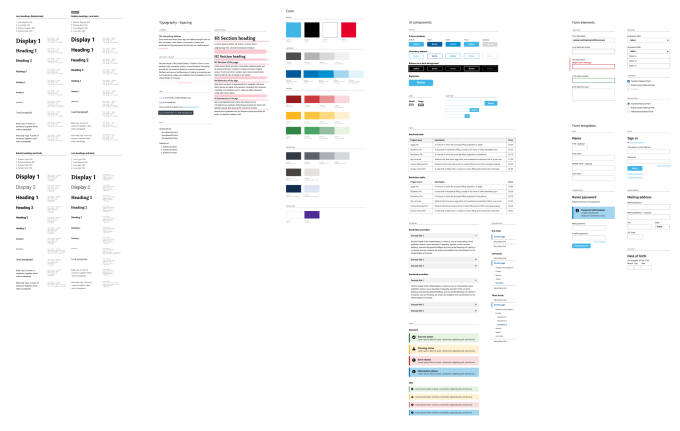 As far as remixing design files goes, Figma is using a CC4 license, which allows for a remix but forces attribution. That said, Field says the company is using this closed beta period to learn more about what the community wants around different license types.

Community is free and is not meant to drive revenue for the company, but rather offer further value to designers using the platform.

“It’s early,” said Dylan Field. “This is just the scaffolding of what’s to come. It’s the start of a lot of work that we’re going to be doing in the area of collaboration and community.”

Figma has raised a total of $83 million from investors like Index, Sequoia, Kleiner Perkins and Grelock, according to Crunchbase.