Thousands of ransomware victims may finally get some long-awaited relief.

New Zealand-based security company Emsisoft has built a set of decryption tools for Stop, a family of ransomware that includes Djvu and Puma, which they say could help victims recover some of their files.

Stop is believed to be the most active ransomware in the world, accounting for more than half of all ransomware infections, according to figures from ID-Ransomware, a free site that helps identify infections. But Emsisoft said that figure is likely to be far higher.

If you’ve never had ransomware, you’re one of the lucky ones. Ransomware is one of the more common ways nowadays for some criminals to make money by infecting computers with malware that locks files using encryption. Once the Stop ransomware infects, it renames a user’s files with one of any number of extensions, replacing .jpg and .png files with .radman, .djvu and .puma, for example. Victims can unlock their files in exchange for a ransom demand — usually a few hundred dollars in cryptocurrency.

Not all ransomware is created equally. Some security experts have been able to unlock some victims’ files without paying up by finding vulnerabilities in the code that powers the ransomware, allowing them in some cases to reverse the encryption and return a victim’s files back to normal.

Stop is the latest ransomware that researchers at Emsisoft have been able to crack.

“The latest known victim count is about 116,000. It’s estimated that’s about one-quarter of the total number of victims.”
Emsisoft

“It’s more of a complicated decryption tool than you would normally get,” said Michael Gillespie, the tools’ developer and a researcher at Emsisoft. “It is a very complicated ransomware,” he said.

In Stop’s case, it encrypts user files with either an online key that’s pulled from the attacker’s server, or an offline key, which encrypts users’ files when it can’t communicate with the server. Gillespie said many victims have been infected with offline keys because the attackers’ web infrastructure was often down or inaccessible to the infected computer.

Here are how the tools work.

The ransomware attackers give each victim a “master key,” said Gillespie. That master key is combined with the first five bytes of each file that the ransomware encrypts. Some filetypes, like .png image files, share the same five bytes in every .png file. By comparing an original file with an encrypted file and applying some mathematical computations, he can decrypt not only that .png file but other .png of the same filetype.

There’s a catch. The decryption tool is “not a cure-all” for your infected computer, said Gillespie.

“The victim has to find a good before and after of basically every format that they want to recover,” he said.

Once the system is clean of the ransomware, he said victims should try to look for any files that were backed up. That could be default Windows wallpapers, or it can mean going through your email and finding an original file that you sent and matching it with the now-encrypted file.

When the user uploads a “before and after” pair of files to the submission portal, the server will do the math and figure out if the pair of files are compatible and will spit back which extensions can be decrypted.

But there are pitfalls, said Gillespie.

“Any infections after the end of August 2019, unfortunately there’s not much we can do unless it was encrypted with the offline key,” he said. If an online key was pulled from the attacker’s server, victims are out of luck. He added that files submitted to the portal have to be above 150 kilobytes in size or the decryption tools won’t work, because that’s how much of the file the ransomware encrypts. And some file extensions will be difficult if not impossible to recover because each file extension handles the first five bytes of the file differently.

“The victim really needs to put in some effort,” he said. 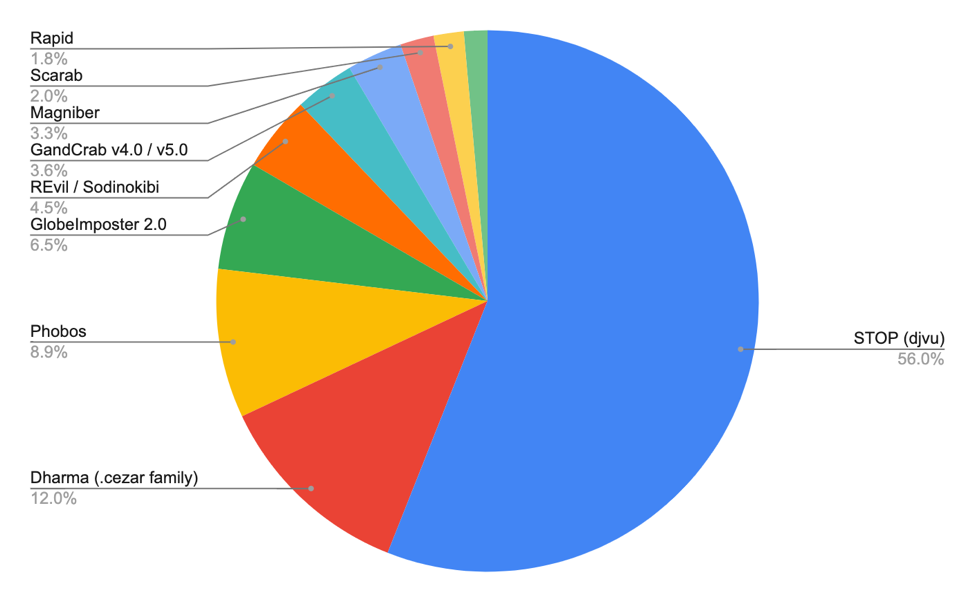 This isn’t Gillespie’s first rodeo. For a time, he was manually processing decryption keys for victims whose files had been encrypted with an offline key. He built a rudimentary decryption tool, the aptly named STOPDecrypter, which decrypted some victims’ files. But keeping the tool up to date was a cat and mouse game he was playing with the ransomware attackers. Every time he found a workaround, the attackers would push out new encrypted file extensions in an effort to outwit him.

“They were keeping me on my toes constantly,” he said.

Since the launch of STOPDecrypter, Gillespie has received thousands of messages from people whose systems have been encrypted by the Stop ransomware. By posting on the Bleeping Computer forums, he has been able to keep victims up to date with his findings and updates to his decryption tool.

But as some victims became more desperate to get their files back, Gillespie has faced the brunt of their frustrations.

“The site’s moderators were patiently responding. They’ve kept the peace,” he said. “A couple of other volunteers on the forums have also been helping explain things to victims.”

“There’s been a lot of community support trying to help in every little small bit,” he said.

Gillespie said the tool will also be fed into Europol’s No More Ransom Project so that future victims will be notified that a decryption tool is available.

The sinkhole that saved the internet