A day after NASA debuted the space suits set to be worn by the first woman on the Moon, Virgin Galactic showed of its own gear at an event in New York. Created in collaboration with fitness wear company, Under Armour, the gear is designed for wear by Virgin’s private astronauts.

The getup includes a limited-edition jacket, base layer, training suit, footwear and space suit. The elements were created with “input” from a wide range of different people, including doctors, pilots, clothing designers and astronaut trainers. All garments were tested in labs designed to simulate the various stages of space flight. 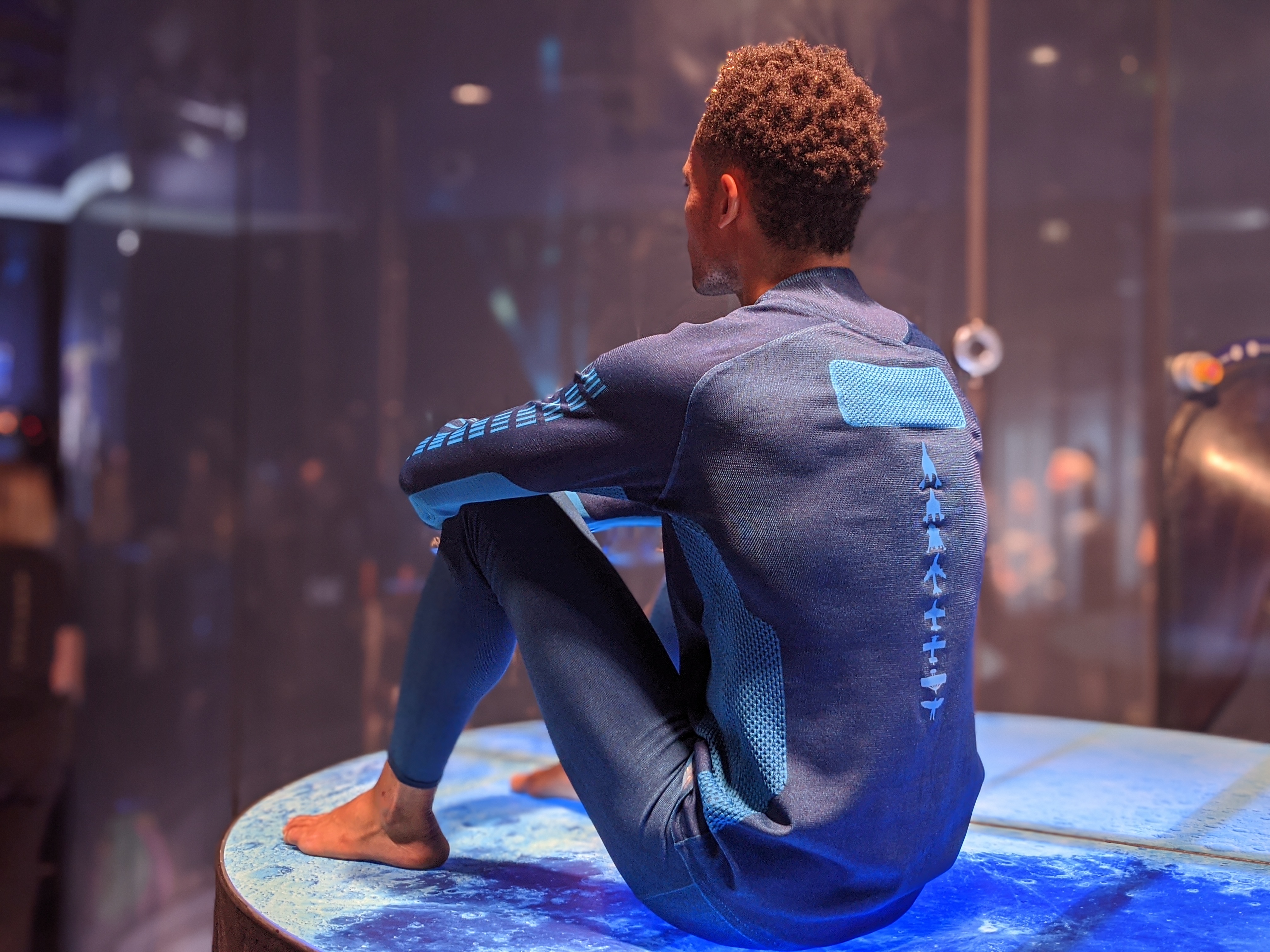 The unveiling comes shortly after Virgin Galactic founder Richard Branson announced that crewed test flights will begin this year (with about 2.5 months left on the calendar).

Branson was present at this morning’s event, leading a simulated zero gravity vertical space walk in the suit. The billionaire will, naturally, be wearing the same suit on the private space company’s upcoming first commercial space flight. For other interested parties, the cost of the 90-minute space flight runs around $250,000. Late last year, Branson reported that the company had already collected some $80 million in deposits. 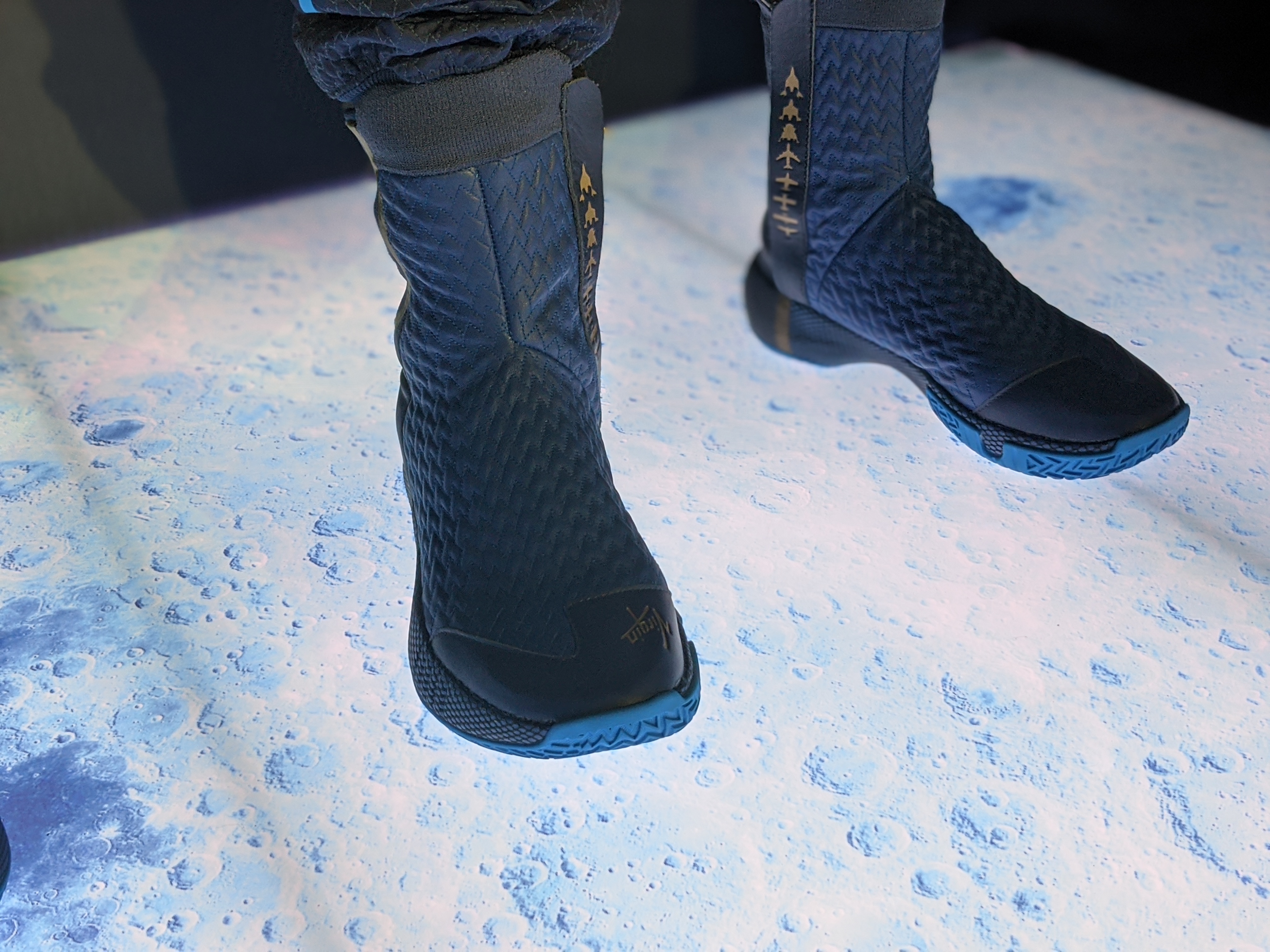 The blue suits mark a stark contrast from the more traditional garb unveiled at NASA’s event. Instead, they’re something closer to jet pilot jumpsuits (or, perhaps, an Under Armour tracksuit), tailored to the measurements of some of the 600 people who have signed up for the flight. They include the flag badge (or badges) of country of origin and a name tag. There’s also a tab inside the suit where wearers can inscribe their specific mission statement.

The company debuted them at an event in a skydiving range, complete with a fog machine-powered zero gravity ballet and interpretive dancing models with silver paint on their heads. 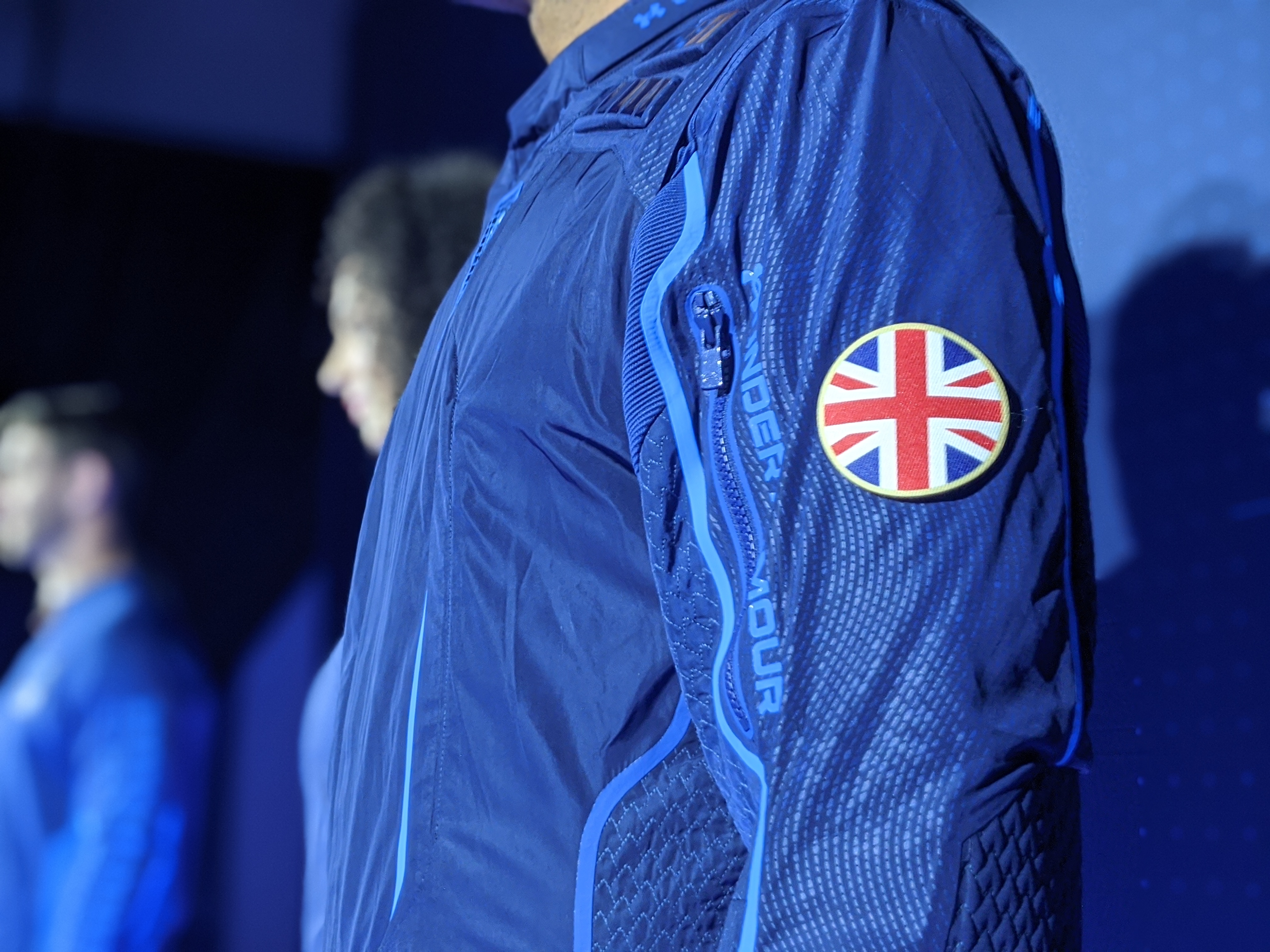 Under Armour CEO Kevin Plank noted at the event that, despite the Star Trek-style look, there’s nothing particularly exceptional about the suits. They’re built using off-the-shelf Under Armour technologies and designed for comfort. They also have a number of “secret pockets” on board, so passengers can take personal belongings with them on the flight.

Branson noted that he won’t be using them to take along a camera or smartphone, but instead “pictures of my grandchildren.”

Passengers will be able to hold onto the suits (not bad for $250K), something Under Armour says it took into consideration. Comparing it to a wedding dress, a rep from the company noted that it wanted to design something that wouldn’t stand out “if you wear it to a family picnic.” 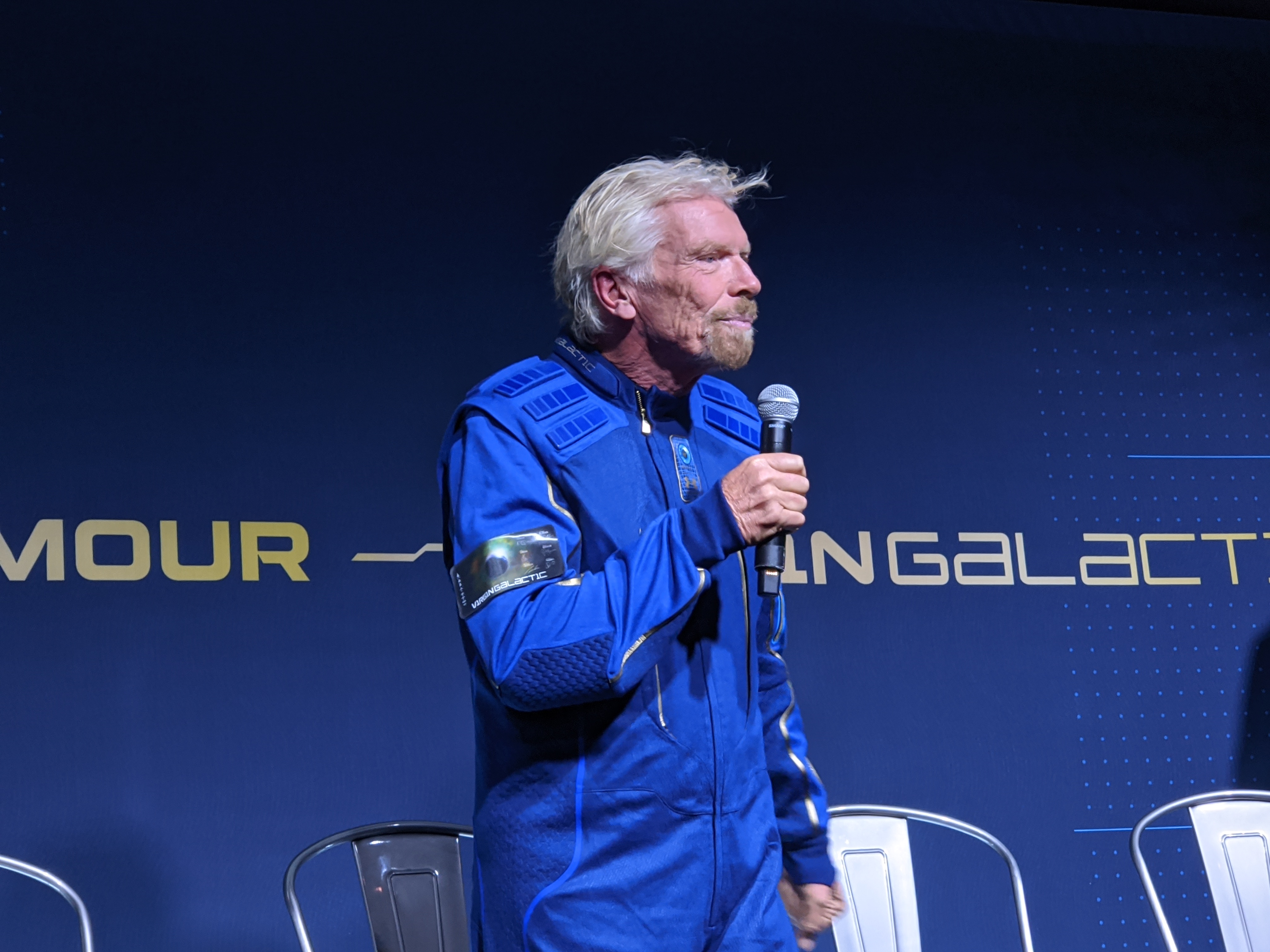 Other comfort considerations played a role here as well, including heat mitigation. Wood pulp yarn was used in the construction of the suits, as well, in order to regulate blood flow changes that come with the intensity of space travel.

The suits will be subject to additional testing in the coming months, in preparation for launch. Virgin Galactic CEO George Whitesides closed out the event, noting, “In 100 years, we’ll see [Under Armour’s] space suit in museums.”